Focusing on the mass production of safe, quality graphene

IDTechEx has invited a series of industrial players and leaders active in graphene commercialization to contribute their opinions about the state of the technology and markets.
As part of the article series, we will today hear from Perpetuus Advanced Materials who share their candid views on the graphene market progress. To contact Perpetuus directly please contact the author Dr Ian Walters on ianwalters@perpetuusam.com
To learn more about the graphene markets please refer to our report on Graphene, 2D Materials, and Carbon Nanotubes 2016-2026: Markets, Technologies, and Opportunities. You can also meet with many industry leaders at our business-focused event Graphene Europe 2017 taking place on May 10th and 11th in Berlin, Germany.
Due to graphene's varied range of properties, product innovations, and new application discoveries are being explored by major manufacturers of potential graphene enabled products and components in fields such as electronics, energy and aerospace, through to filtration and adhesives. Such efforts currently appear to be limited to laboratory R&D and pre production commercialisation scales.
The global graphene market can be segmented by product type starting with Generation One graphenes referred to as Few Layer Graphene (FLG) and Graphene Nano Platelets (GNP) etc. On the basis of this product type the early markets for graphene can be captured and commercialised but only if the graphenes are friable and suitably surface nano engineered in empathy with the targeted end use. Currently a famine of mass production, high prices and other key factors are restraining the growth of the global graphene market.
Markets- due to the high demand for the production and sale of leisure energy and electronic related goods the Asia Pacific markets are projected to be the major consumers of graphene. Asia in general and particularly regions like China has major proven reserves of graphite, the feedstock for generation one graphenes. Asia is also the largest producer of electronic goods and composites. Consequently it is potentially by far the largest market for graphene products.
Other regions such as North America and Europe could also contribute significant to growth, but only if cost effective, good quality "generation one", safe to use graphenes are made available to fuel growth.
Are Europe and the USA going to miss out on the graphene opportunity due to an ineffective commercialisation strategy?
If we take Europe as an example, here are the facts: R&D in Europe has been driven primarily by public investment.
There is a degree of mistrust in the graphene market as globally, very few producers of graphene have published third party independent verification of their production volumes and production output types. Due to graphene's "weightless nature", single and few layer graphenes are invisible to the naked eye and will disappear into the atmosphere due to miniscule convection and air movements. Few if any producers of graphene who boast an industrial scale capacity have been challenged to manipulate package and transport graphenes in bulk quantities to a market that could consume 10,000s of tonnes.
Most troubling is that producers and consumers of graphenes appear to almost completely ignore the inevitable regulatory compliance implications for mass-market graphene consumption in the respect of both life-cycle analysis and environmental impact studies.
Graphenes are produced in a variety of morphologies and do not consist of purely carbon atoms. It is a fact that some morphologies and a variety of surface bound moieties are present on the graphenes. Exposing the body to carbon and other nanomaterials could result in either their accumulation in the tissues, or if fortunate, possible elimination through excretion. Nonetheless body accumulated graphene nanomaterials could pose a risk to organ function, and therefore to health.
The possible effects of all graphene outputs (and each graphene producer's outputs may differ significantly) on human health need to be explored at the cellular, tissue and whole body levels. If and when graphenes are captured within a living cell they could interact with or disrupt cellular processes, compromise DNA, and cause cancer.
Discovering how cells interact with and are affected by graphene is critical to realising the potential of this potential multi billion USD industry. There are two key factors to consider regarding the safety of graphene-based materials: the body's immune response to graphene; and their potential to cause cancer.
Headed by Dr Afshin Tarat, the Perpetuus Toxicology team of scientists has specific expertise in evaluating graphene's potential environmental and biological impact through collaboration with Prof Shareen Doak of Swansea University Medical School.
This activity is supported through the state-of-the-art facilities at The Institute of Life Sciences, Swansea University and the Celtic Advance Life Science Innovation Network (CALIN) operation. With the best interests of the graphene industry in mind, Afshin and his team offer advice to graphene producers and consumers as well as testing, to assist in understanding the toxicological and environmental impact of graphenes, and graphene enabled products, components and devices.
From a Perpetuus perspective Perpetuus generation one materials are based on multilayer friable graphenes. If viewed with a conventional microscope the graphenes are stacked one on top of the other and visually appear to be similar to nano graphites. If viewed utilising a scanning electron microscope (SEM) a radical difference in the morphology is disclosed in respect of the absence of the Van Der Waals forces and contaminants that bond the layers of graphene together as in the nano graphite illustration
Nano graphites have layers of graphene within, bonded together 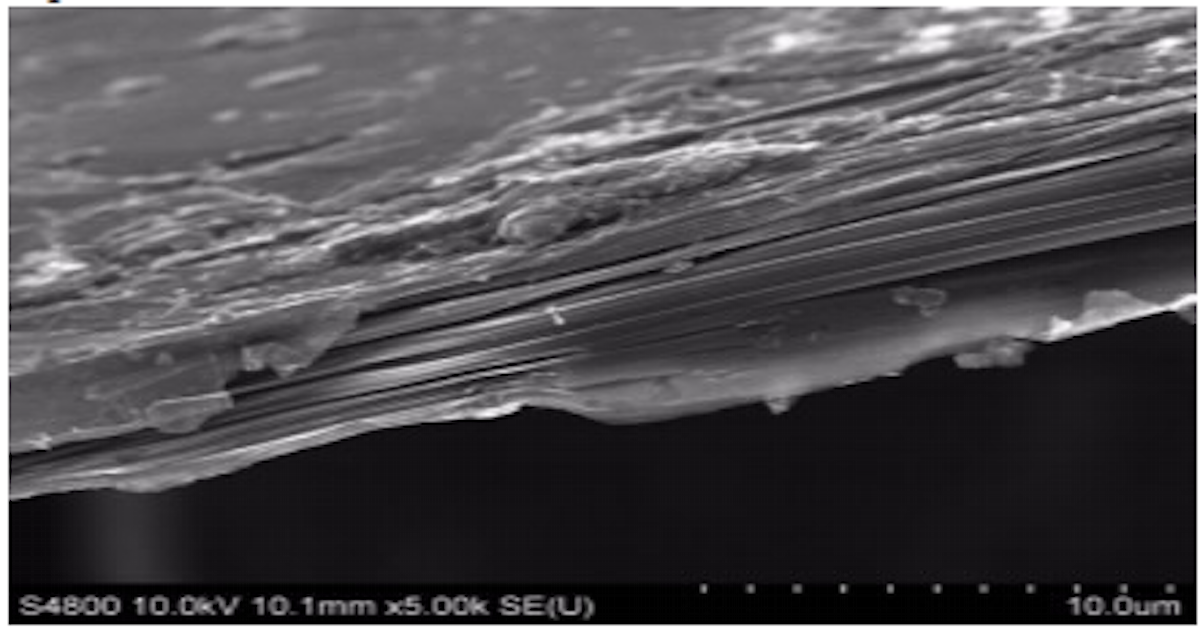 Friable Graphenes are graphenes with the bonds broken 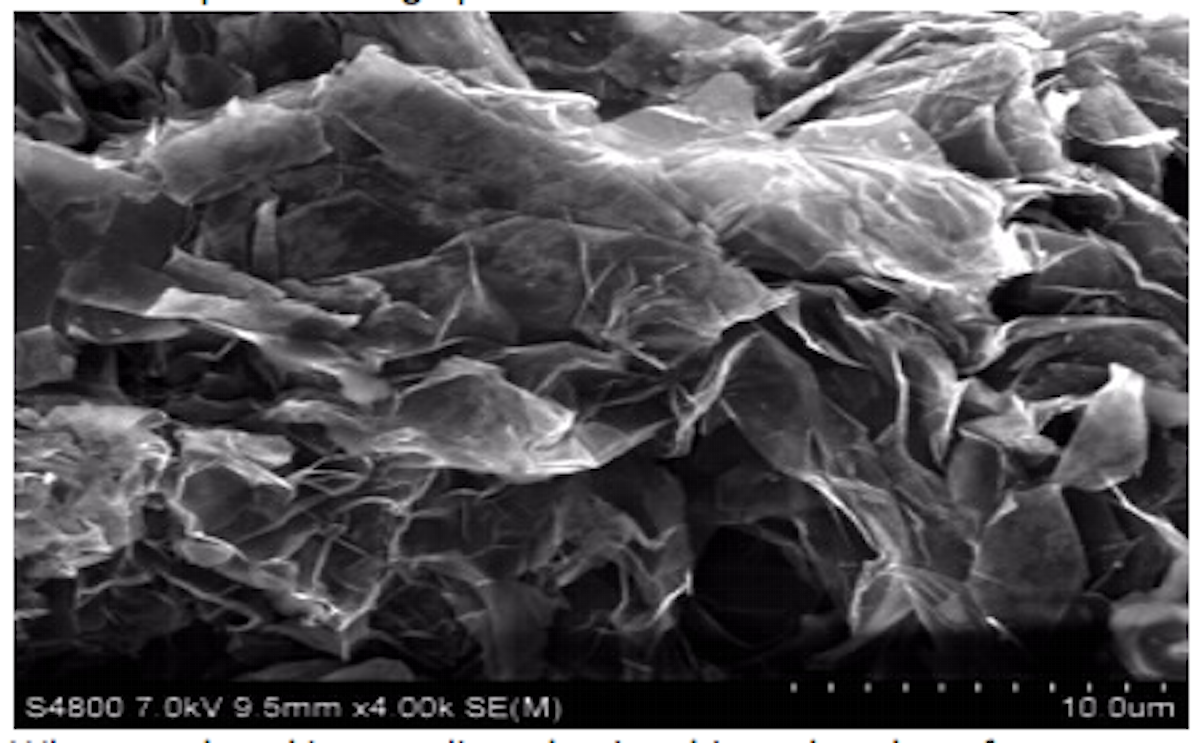 When employed in a medium that is subjected to sheer forces friable graphenes easily disperse
Perpetuus and its strategic partners believe the way forward is to address the needs of the market place by focusing on the mass production of safe, quality graphenes that can be easily handled and manipulated in very large quantities. Perpetuus also believe that production methods must yield minimal to zero toxic post-production waste.
Most if any who claim to be leading graphene manufacturers are reluctant to disclose their capability to produce. Perpetuus differ in that they are proud of their achievements and are happy to provide pictures of the Perpetuus generation two-graphene production reactor, with safe and efficient raw material load and off load facilities. The process also provides a facility that can contemporaneously provide the option to include a plurality of functionalisations such as Fluorine, Silane, Oxygen and Nitrogen groups. The reactor has an estimated capacity of more than 500 tonnes per annum. 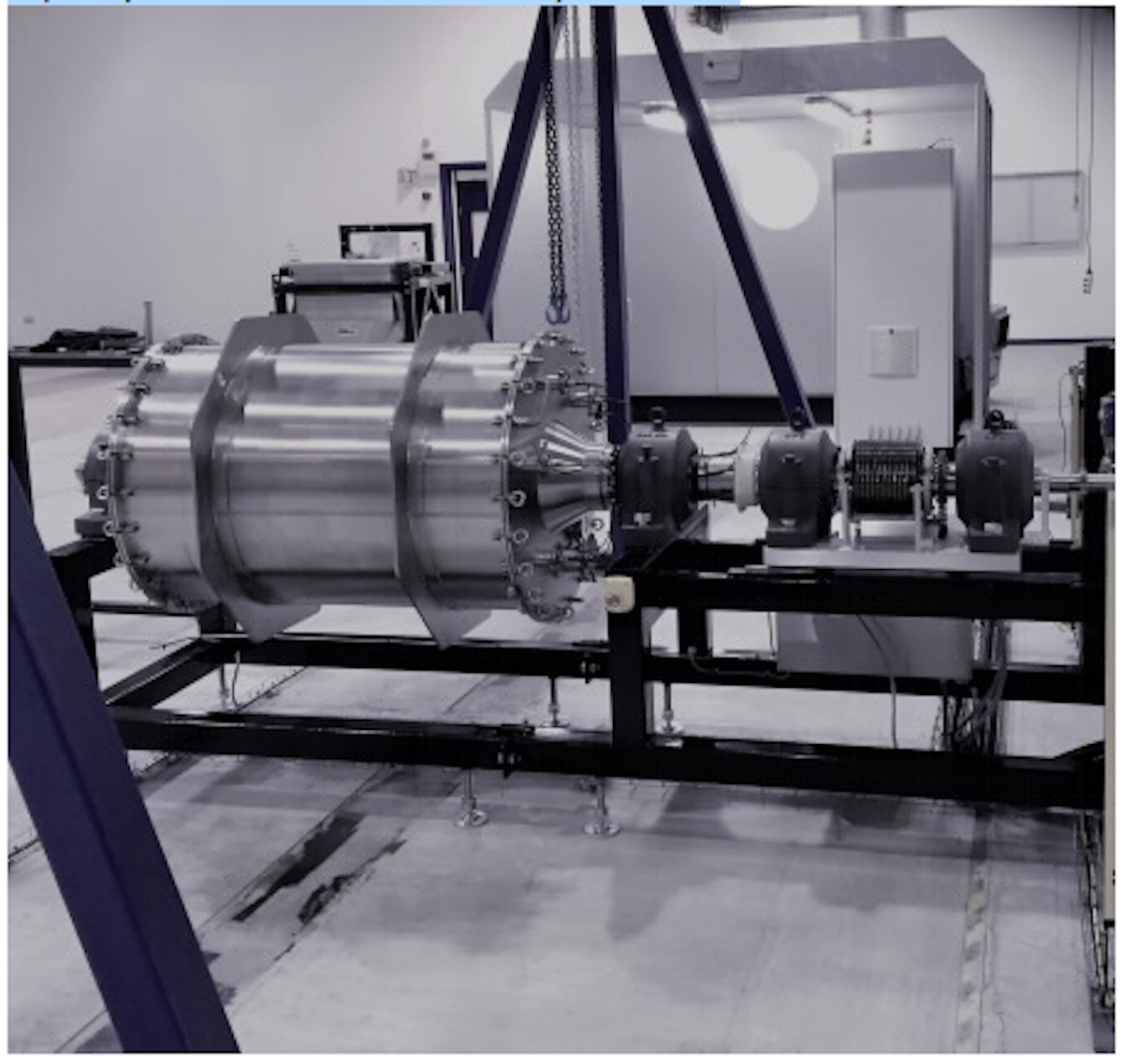