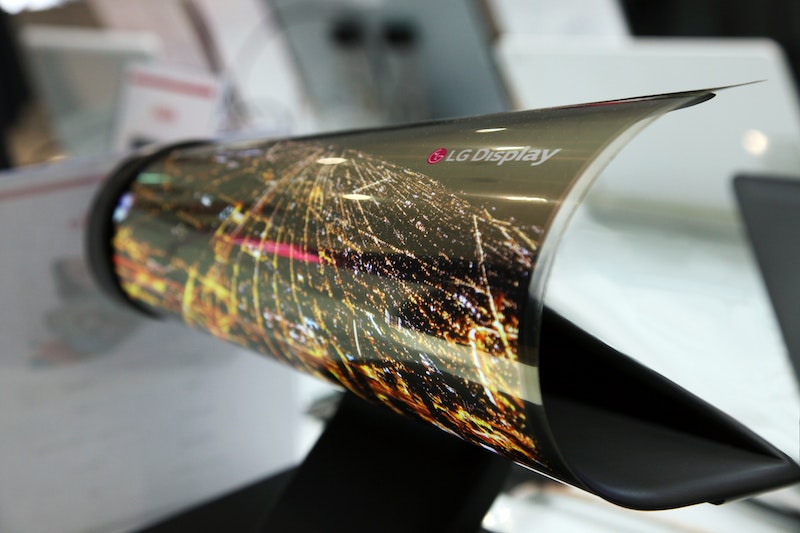 Scientists from RIKEN and the University of California San Diego, in collaboration with international partners have found a way to significantly reduce the amount of energy required by organic light emitting diodes (OLEDs). OLEDs have attracted attention as potential replacements for liquid crystal diodes, since they offer advantages such as being flexible, thin, and not requiring backlighting. For more information see the IDTechEx report on Flexible and Foldable OLED Displays 2019-2029.
The group achieved the advance, published in Nature, by developing a new way to manipulate the "excitons"--pairs of electrons and holes--that are key to the transport of electrons within OLEDs. Essentially, current passing through the device creates such pairs, and when they change to a lower energy level, and emit visible light in the process. Normally, the excitons in OLEDs arise in two patterns, with the spins being either the same or opposite, and the ones with same spins--known technically as triplet excitons--are three times more common. However, the singlets, which are created along with the triplets, require more energy, and though they can be converted into triplets it still means that the device as a whole requires the energy to create them in the first place.
In the current work, the group found a way to lower the voltage so that only triplets are formed. The work began with fundamental research to understand the basic physics behind the creation of excitons using precise single-molecule electroluminescence measurements using a scanning tunneling microscope (STM) combined with an optical detection system. They prepared a model system based on an isolated molecule of 3, 4, 9, 10-perylenetetracarboxylicdianhydride (PTCDA), an organic semiconductor, adsorbed on a metal-supported ultrathin insulating film. They used a special technique to impart a negative charge to the molecule. Then, they used the current from an STM (scanning tunneling microscope) to induce luminescence in the molecule, and monitored what type of exciton was created based on the emission spectrum. The measurements showed that at low voltage, only triplets were formed. Theoretical calculations by Kuniyuki Miwa and Michael Galperin at UC San Diego confirmed the experimental results and substantiated the mechanism.
"We believe," says Kensuke Kimura of the RIKEN Cluster for Pioneering Research, "that we were able to do this thanks to a previously unknown mechanism, where electrons are selectively removed from the charged molecule depending on their spin state. It was very exciting to discover this new mechanism," says Yousoo Kim, leader of the Surface and Interface Science Laboratory in the RIKEN CPR, "We believe that these findings could become a general working principle for novel OLEDs with low operating voltage."
Source: Riken
Top image: Queen Elizabeth Prize for Engineering