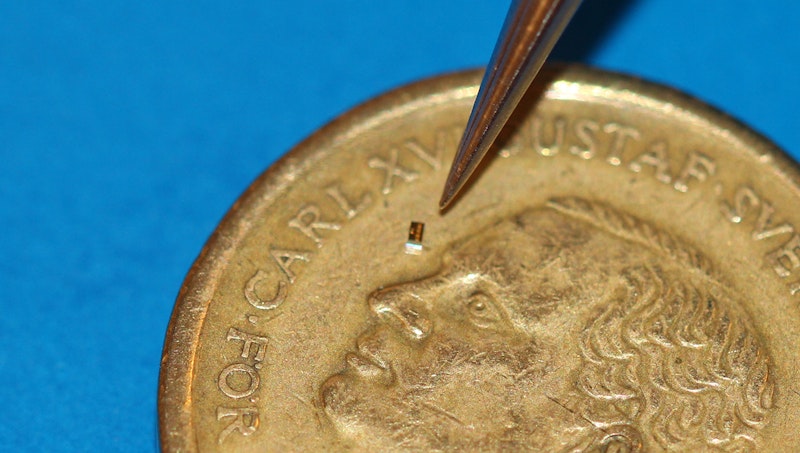 In what could be a breakthrough for body sensor and navigation technologies, researchers at KTH have developed the smallest accelerometer yet reported, using the highly conductive nanomaterial, graphene. For more information see the IDTechEx report on Graphene, 2D Materials and Carbon Nanotubes: Markets, Technologies and Opportunities 2019-2029.
Each passing day, nanotechnology and the potential for graphene material make new progress. The latest step forward is a tiny accelerometer made with graphene by an international research team involving KTH Royal Institute of Technology, RWTH Aachen University and Research Institute AMO GmbH, Aachen. Among the conceivable applications are monitoring systems for cardiovascular diseases and ultra-sensitive wearable and portable motion-capture technologies.
For decades microelectromechanical systems (MEMS) have been the basis for new innovations in, for example, medical technology. Now these systems are starting to move to the next level - nano-electromechanical systems, or NEMS.
Xuge Fan, a researcher in the Department for Micro and Nanosystems at KTH, says that the unique material properties of graphene have enabled them to build these ultra-small accelerometers. "Based on the surveys and comparisons we have made, we can say that this is the smallest reported electromechanical accelerometer in the world," Fan says. The researchers reported their work in Nature Electronics.
The measure by which any conductor is judged is how easily, and speedily, electrons can move through it. On this point, together with its extraordinary mechanical strength, graphene is one of the most promising materials for a breathtaking array of applications in nano-electromechanical systems.
"We can scale down components because of the material's atomic-scale thickness, and it has great electrical and mechanical properties," Fan says. "We created a piezoresistive NEMS accelerometer that is dramatically smaller than any MEMS accelerometers available today, but retains the sensitivity these systems require."
The future for such small accelerometers is promising, says Fan, who compares advances in nanotechnology to the evolution of smaller and smaller computers. "This could eventually benefit mobile phones for navigation, mobile games and pedometers, as well as monitoring systems for heart disease and motion-capture wearables that can monitor even the slightest movements of the human body," he says.
Other potential uses for these NEMS transducers include ultra-miniaturized NEMS sensors and actuators such as resonators, gyroscopes and microphones. In addition, these NEMS transducers can be used as a system to characterize the mechanical and electromechanical properties of graphene, Fan says.
Max Lemme, professor at RWTH, is excited about the results: "Our collaboration with KTH over the years has already shown the potential of graphene membranes for pressure and Hall sensors and microphones. Now we have added accelerometers to the mix. This makes me hopeful to see the material on the market in some years. For this, we are working on industry-compatible manufacturing and integration techniques."
Source and top image: KTH Royal Institute of Technology
Learn more at the next leading event on the topic: Graphene & 2D Materials Europe 2020