Scientists and engineers at Lawrence Livermore National Laboratory are now developing the electronics for a third-generation artificial retina as part of the U.S. Department of Energy (DOE) project to produce an "epiretinal prosthesis" that could restore vision to millions of people around the world suffering from eye diseases.
The DOE artificial retina project brings together five national labs, four universities and a private company, with Lawrence Livermore National Laboratory serving as the lead organization for the implantable artificial retinal system.
Researchers at Lawrence Livermore are today using advanced polymer-based micro-fabrication methods to further develop a biocompatible microelectrode array for the third-generation artificial retina device.
The LLNL team contributes three major components to the artificial retina: the thin-film electrode array that contains the neural electrodes; the biocompatible electronics package that contains the electronics for stimulating the retina and wireless power and communications; and an ocular surgical tool that will enable the insertion, attachment, and re-insertion of the thin-film electrode array.
They are also responsible for the system integration and assembly of these components and fabrication of the complete implantable artificial retina system. 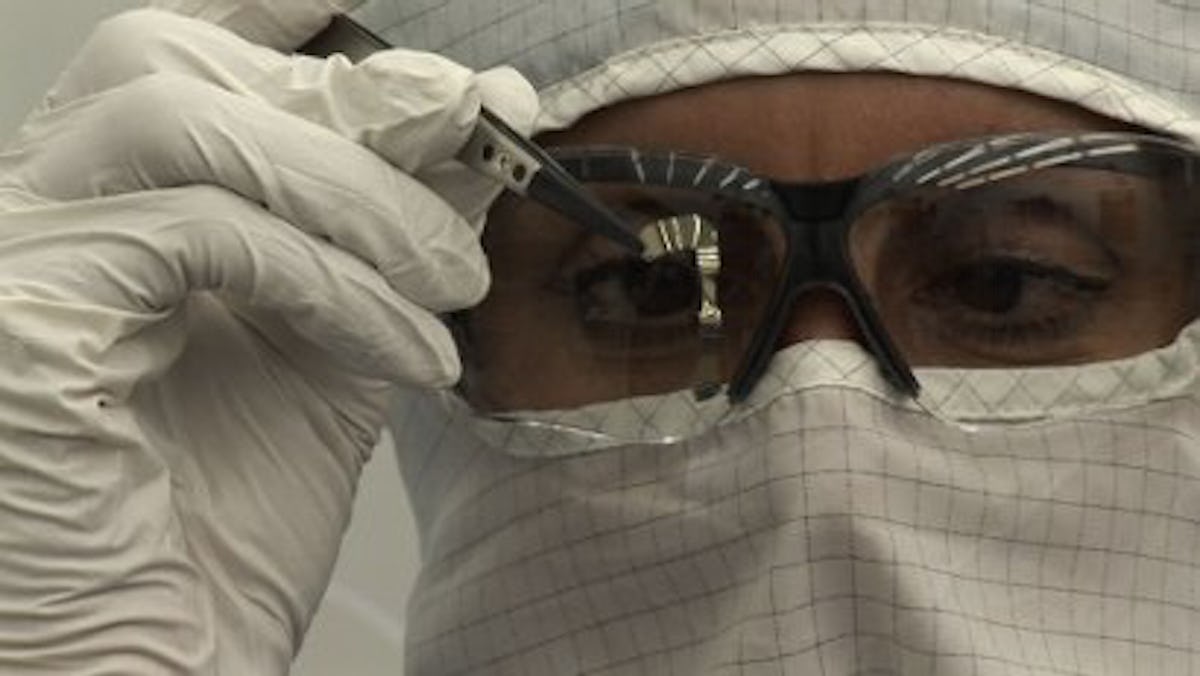 Artificial retina team member Terri Delima holds a thin-film artificial retina array in the LLNL cleanroom.
An artificial retina or "epiretinal prosthesis" has the potential to restore vision to millions of people suffering from eye diseases such as retinitis pigmentosa, macular degeneration or those who are legally blind due to the loss of photoreceptor function. In many cases, the neural cells to which the photoreceptors are connected remain functional.
Dr. Mark Humayun, of the University of Southern California's Doheny Eye Institute, demonstrated that electrical stimulation of the viable retinal cells can result in visual perception. These findings have sparked a worldwide effort to develop a retinal prosthesis device.
The R&D 100 Award has been given to the second-generation retinal prosthesis, which has been implanted in some 34 patients in the United States and Europe as part of clinical trials. The second-generation device represents a substantial performance improvement over the first-generation device in speed of recognition and resolution. Objects can now be recognized within 2-3 seconds instead of the previous 15, and the device's 60 electrodes have improved image resolution over the 16-electrode prosthesis. 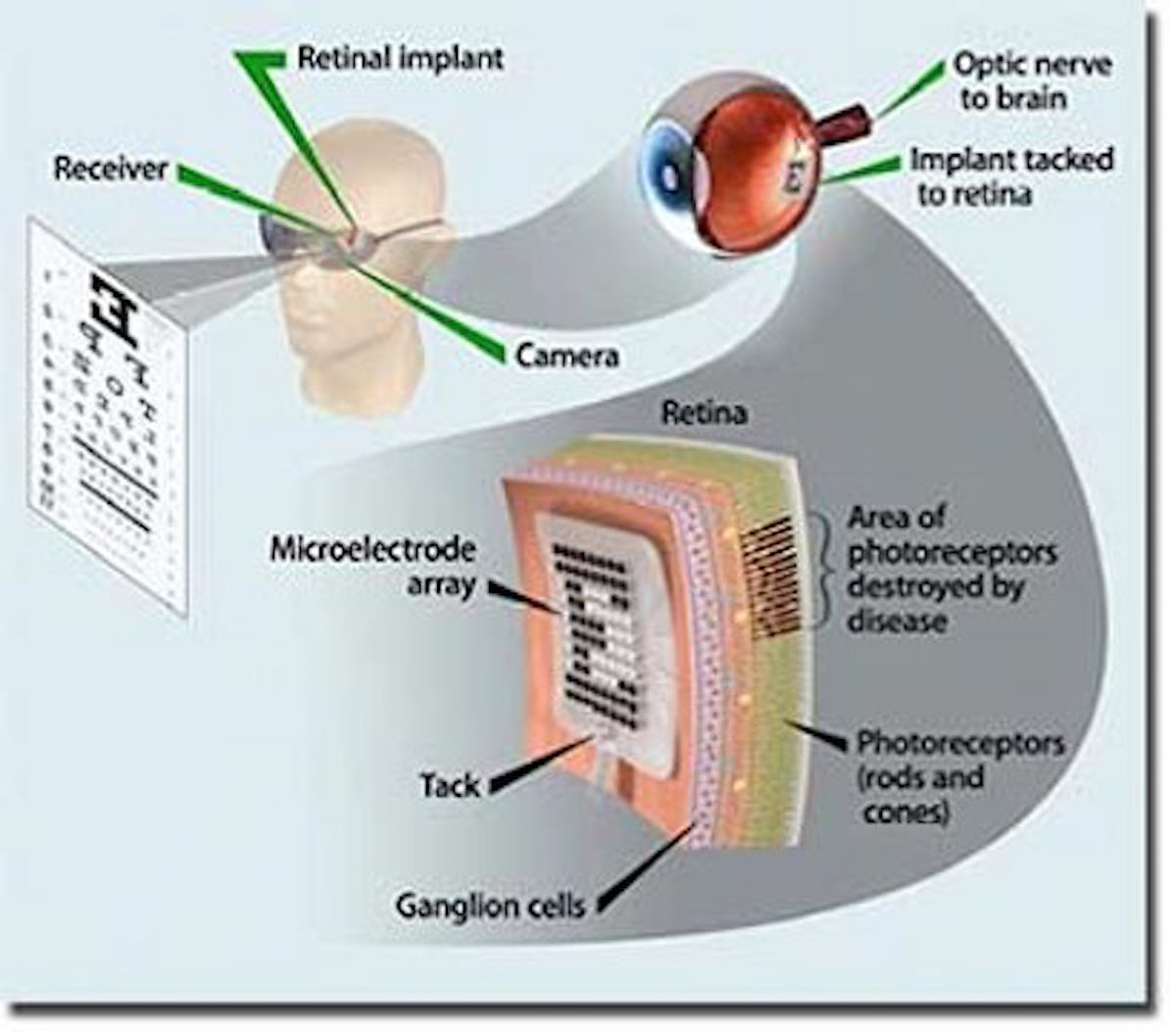 A schematic overview of the Artificial Retina system.
The prosthesis is now of sufficient resolution to allow recognition of doors, windows, edges, low-lying branches and a basketball backboard. The goal of the DOE project is to produce prosthesis with more than 1,000 electrodes, which would allow facial recognition.
Expertise in biomedical microsystems at Lawrence Livermore's Center for Nano- and Microtechnology was tapped to develop a "flexible microelectrode array," able to conform to the curved shape of the retina, without damaging the delicate retinal tissue, and to integrate electronics developed by University of California at Santa Cruz.
The device serves as the interface between an electronic imaging system and the human eye, directly stimulating neurons via thin film conducting traces and electroplated electrodes.