IDTechEx Research recently revised its forecast for OLED displays. Dr Guillaume Chansin, lead author of the IDTechEx report OLED Display Forecasts 2015-2025: The Rise of Plastic and Flexible Displays explains why.
There are some concerns that the market for OLED displays is not growing as fast as previously expected.
This is in large part due to the disappointing results from Samsung in the smartphone market. Its two flagship phones - the Galaxy S6 and Galaxy S6 Edge - are not generating enough sales despite good reviews.
Both models have AMOLED panels. But while the S6 uses a conventional glass-based display, the S6 Edge is more visually striking with its wraparound plastic display. Samsung assumed that the majority of consumers would choose the cheaper S6 and underestimated the demand for the S6 Edge. As a result, the company did not have the production capacity to supply enough plastic displays.
Samsung is currently the main producer of mobile OLED panels and this kind of mistake has a big impact on the entire industry.
Prices for AMOLED panels are also likely to fall faster because of the competition from manufacturers in China. This means that OLED technology is in danger of being commoditized fairly quickly, in a scenario following the same pattern of what happened with LCD panels.
The market for glass-based AMOLED displays is now expected to reach only $22.7bn in 2022, down from $28.2bn previously, according to our recently revised forecasts.
In an effort to adapt to the new market conditions, Samsung is now ramping up production capacity for plastic OLED displays. IDTechEx forecasts that the market will nearly double next year, from $1.5bn in 2015 to $2.9bn in 2016. 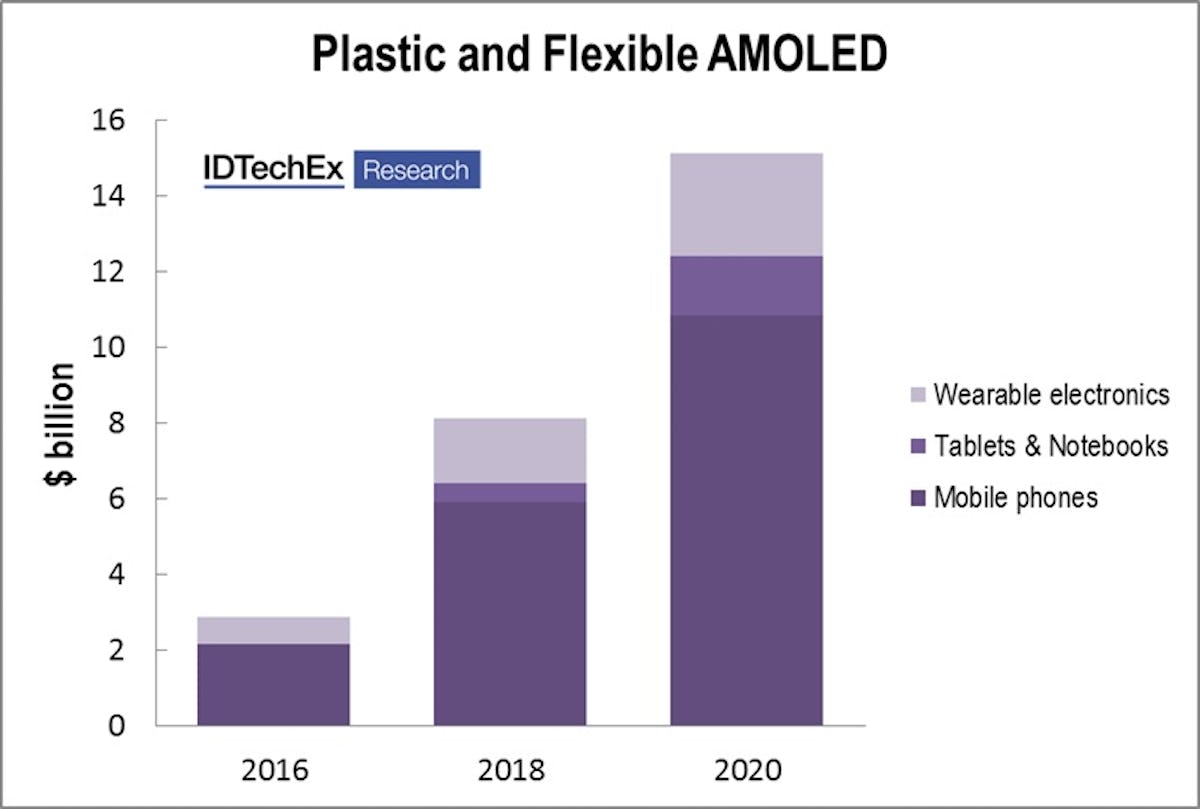 Fig 1. Market for plastic and flexible AMOLED in three application segments: mobile phones, tablets and wearables (source: IDTechEx report OLED Display Forecasts 2015-2025: The Rise of Plastic and Flexible Displays)
Compared to conventional glass-based displays, plastic OLED panels are much thinner and lighter, enabling either slimmer devices or bigger batteries. The two main applications will be smart phones and wearable devices such as smart watches. However, as the technology matures it will be possible to use those displays in other type of devices. When adding other segments such as tablets and automotive displays, the total market for plastic and flexible OLED will be over $16bn by 2020.
Samsung clearly wants to be in position to grab a share of this market, but it is not alone investing in additional production capacity.
Last week, LG Display announced they would spend one trillion KRW ($900m) to build a new production line for plastic AMOLED using Gen6 substrates (1,500mm x 1,850mm). The new line at their Gumi plant in Gyeongbuk province in Korea is scheduled to start production in the first half of 2017 and will have an initial capacity of 7,500 sheets per month.

Fig 2. The plastic OLED from LG Display is thinner than 0.56 mm (Photo: IDTechEx)
LG Display is already the main supplier of plastic OLED displays for the Apple Watch. This new production line will help Apple avoid any shortage of displays for future iterations of the Watch.
However, as the industry continues investing in this technology to differentiate from low-end panels, it is likely that even the iPhone will have a plastic OLED display at some point. That could be another headache for Samsung.
About the IDTechEx report
The report OLED Display Forecasts 2015-2025: The Rise of Plastic and Flexible Displays) gives a unique perspective on the OLED display market, leveraging the full expertise of our analysts and the direct interviews with companies in the value chain. This report includes:
For more information about the report visit www.IDTechEx.com/displays.
Top image photo source: IDTechEx