Further to our article of yesterday regarding news of printed RFID at Smart Labels USA in Boston February 20-21, where over 400 delegates attended from 24 countries, this event also included Vubiq who are just beginning to trade following Series A, $2.5M funding from a Fortune 20 Lead Investor with Series B funding of $5M now in prospect; Nano ePrint a spin off from Manchester University and PolyIC of Germany - all printing RFID with no silicon chip.
Vubiq
Vubiq sees its advantages with 60GHz reflecting patterns as:

Nano ePrint
Nano ePrint develops single layer transistor printing using one million dollars seed funding received in 2007. Reflecting the fact that these devices can now be printed with inorganic or organic semiconductors, the company name has recently been changed from Plastic ePrint to Nano ePrint. InGaAs (not printed) gives GHz to THz performance and polymeric semiconductors currently give MHz performance. The better compound inorganic semiconductors are also suitable for printing into this device format. An on off ratio of 1000 has been limiting - for instance, few grey scales would be supported by such a backplane driver- but 10,000 to 100,000 is now in prospect. However, this new spinoff from Manchester University in the UK is not near to commercialization as yet. 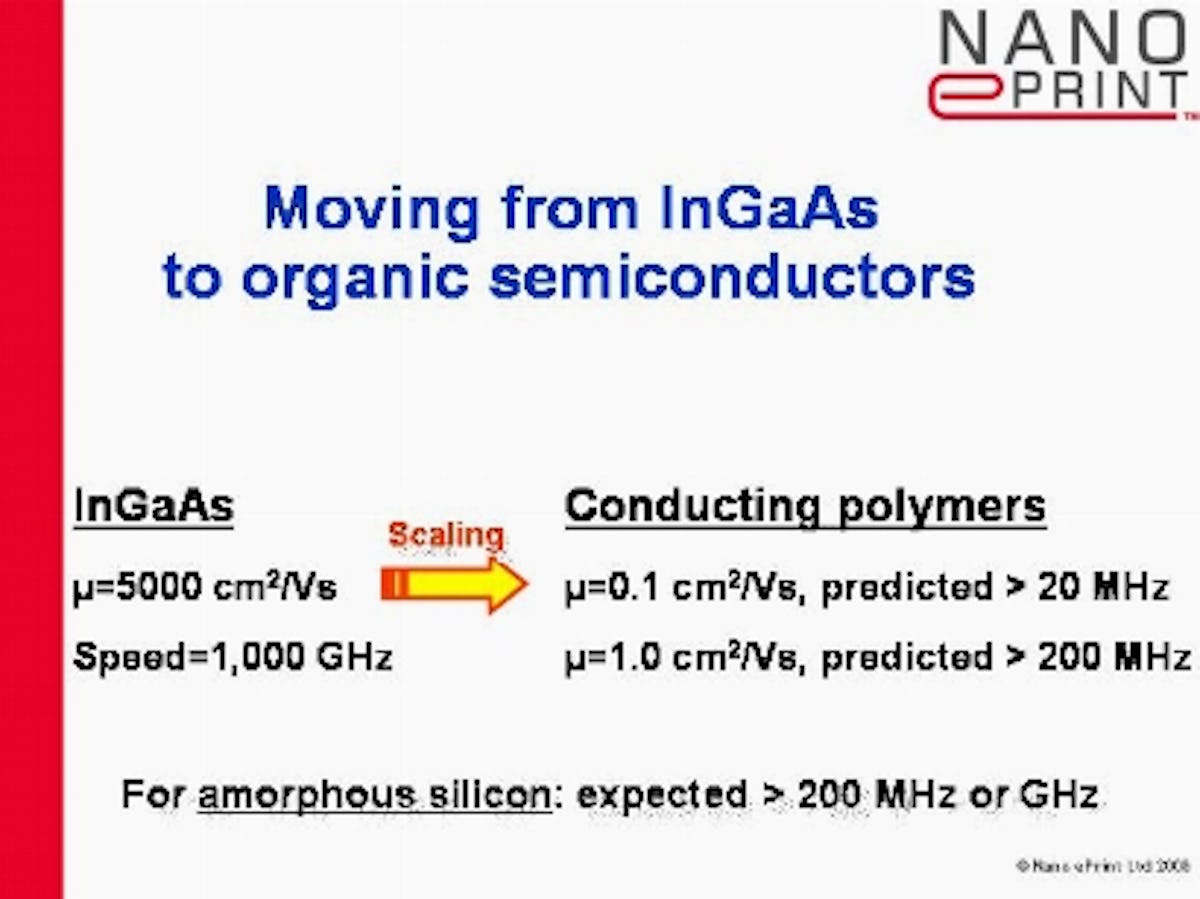 PolyIC
PolyIC of Germany described how its primitive RFID circuits have led to POLYLOGO™ devices that change color under an RF field, this being useful for novelties and anti-counterfeiting. 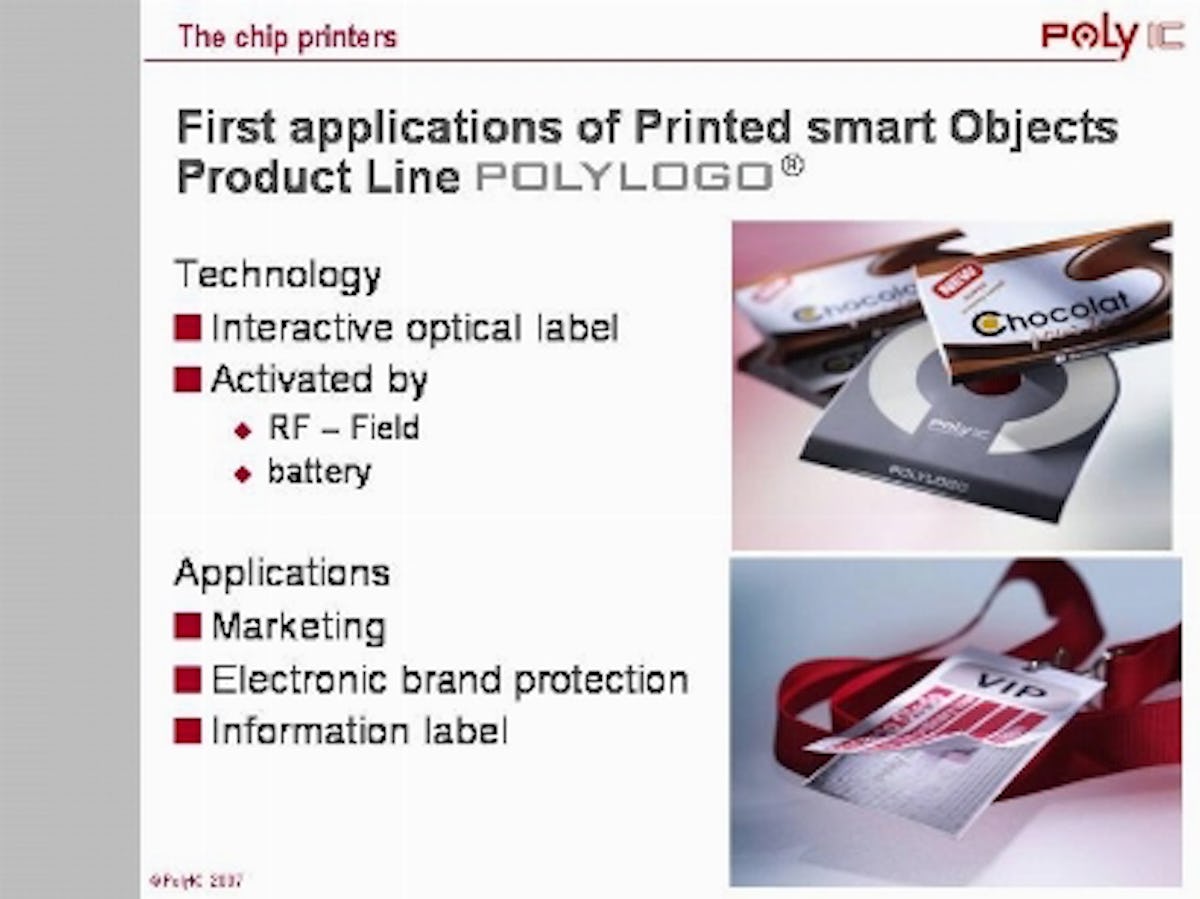