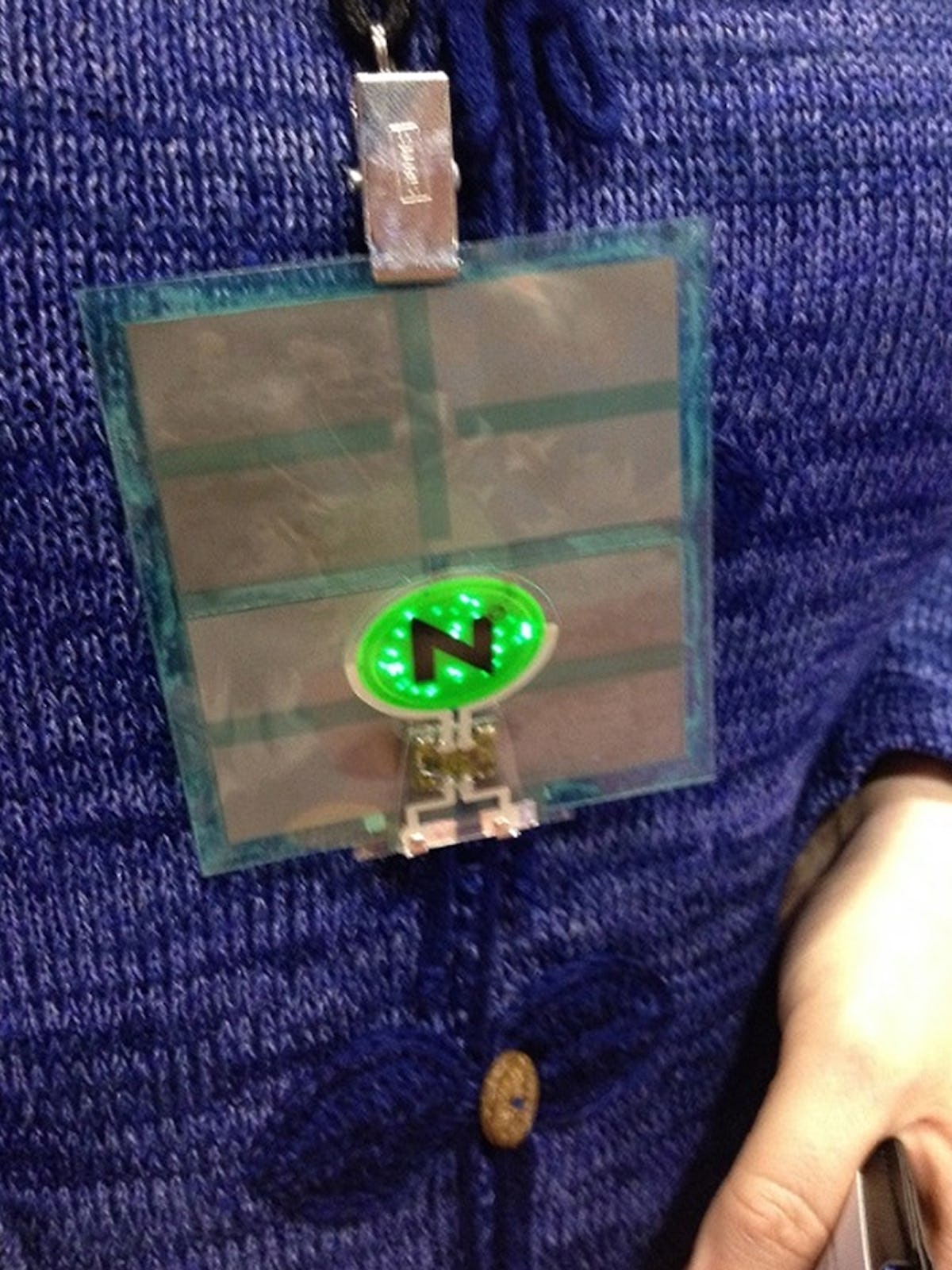 Flexel showed its strong interest in disposable wearables, especially a skin patch/sticker. A number of parameters can be tailored including sizes, shapes, packaging, power density, chemistry and flexibility. The most mature technology is based on printed primary zinc/manganese dioxide batteries, although the company provides more portfolio. 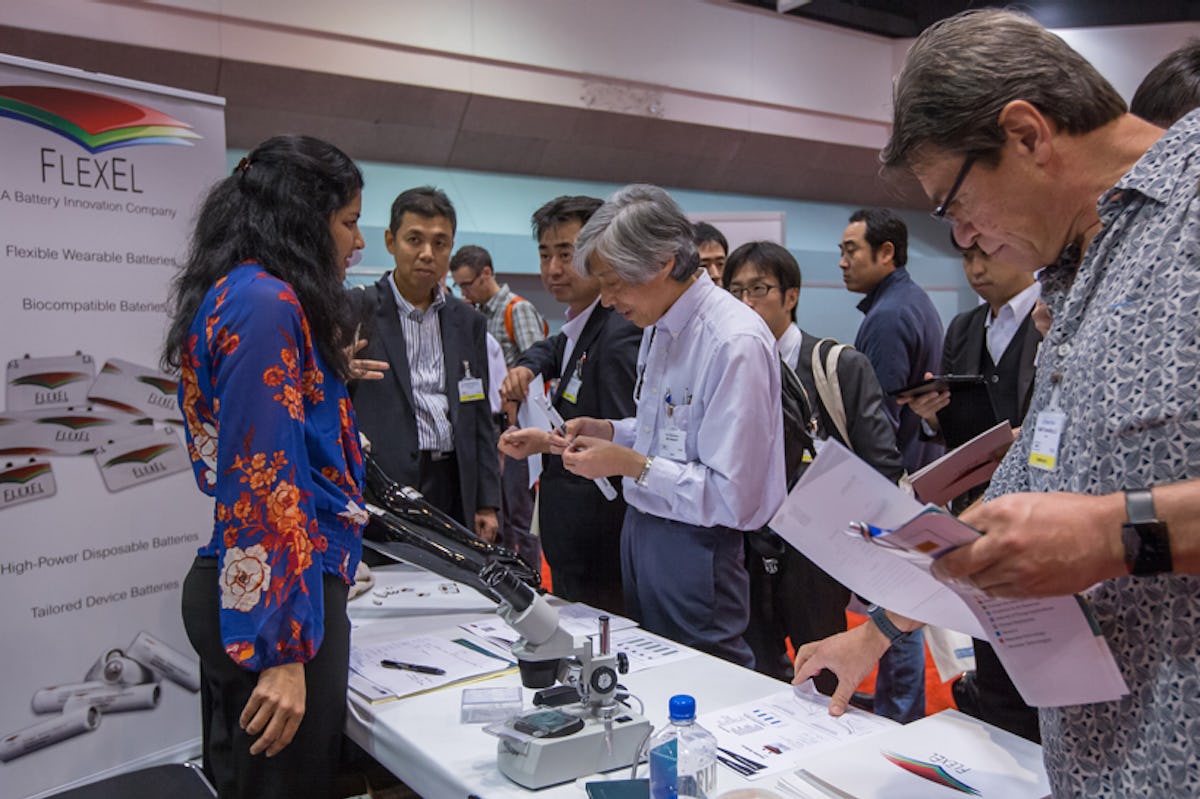 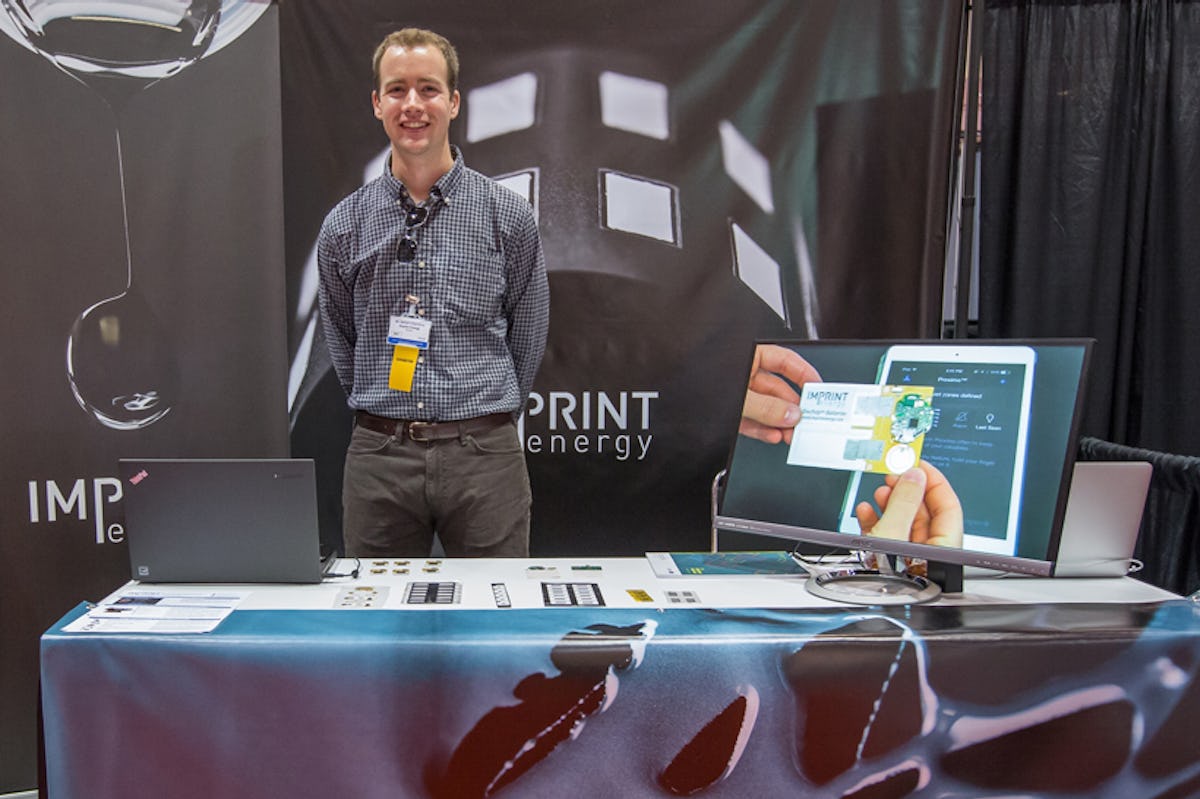 FET uses the technology licensed by Oak Ridge National Laboratory. Its products are ultra-thin solid-state lithium phosphorous oxynitride (LiPON) electrolyte-based and can be made very tiny. The image below gives an idea of how small the battery can be made, compared to a thumb. 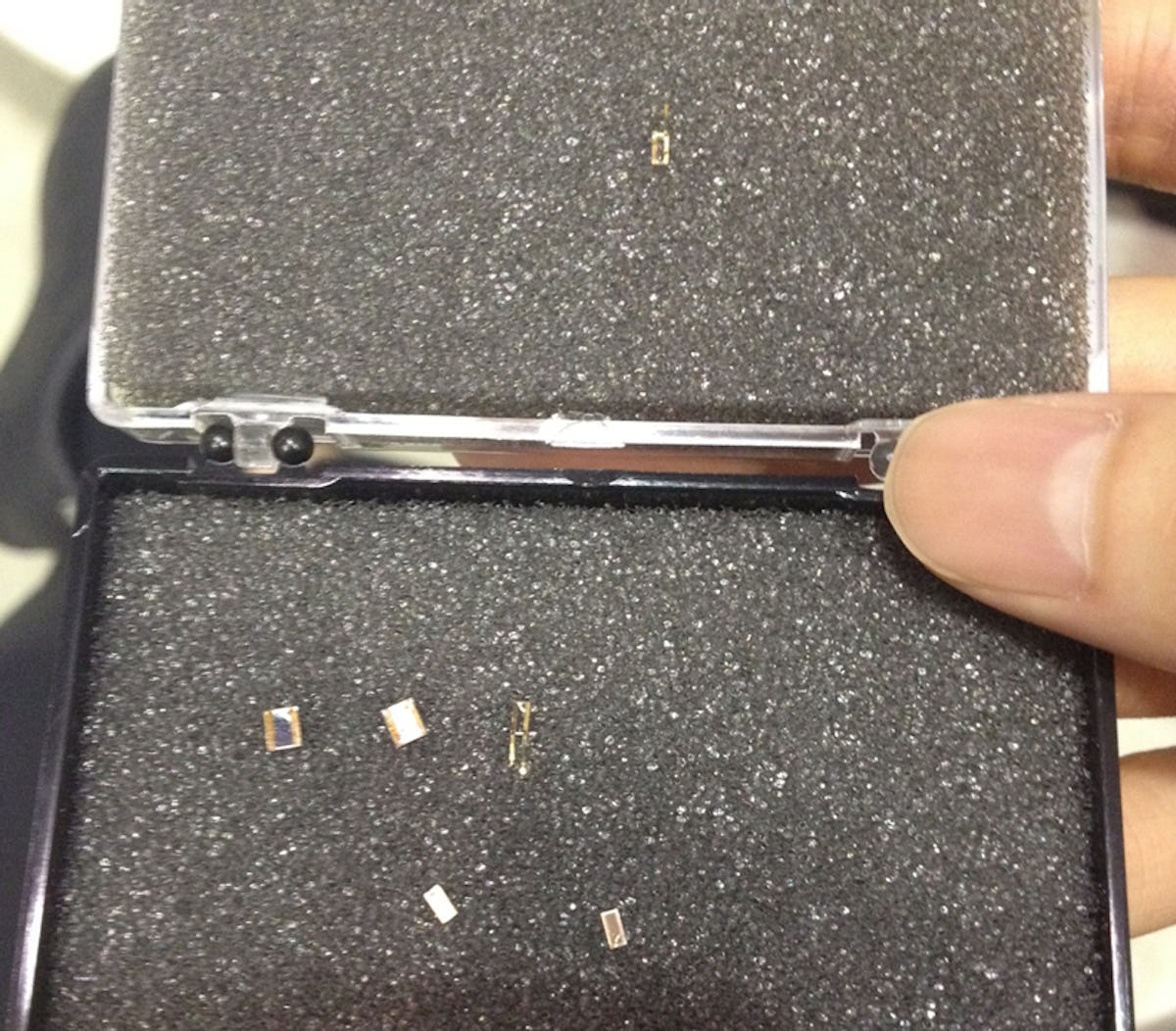 ProLgium spoke in the "Thin and Flexible Energy Storage" session of the conference, which attracted the attention from many relevant players. The batteries shown are based on flexible printed circuit boards and solid-state lithium ceramic electrolyte. Roll-to-roll production facility is ready and by using R2R an area as large as 1 m2 can be made. A number of different applications have been shown as well, including functional lighting, heat insole (which is already available in the Japanese market), smart watch, smart belt (will be available at the end of 2015), smart phone cover providing extra energy, earphone, smart necklace/collar, smart ring, stylus, chopsticks, etc. 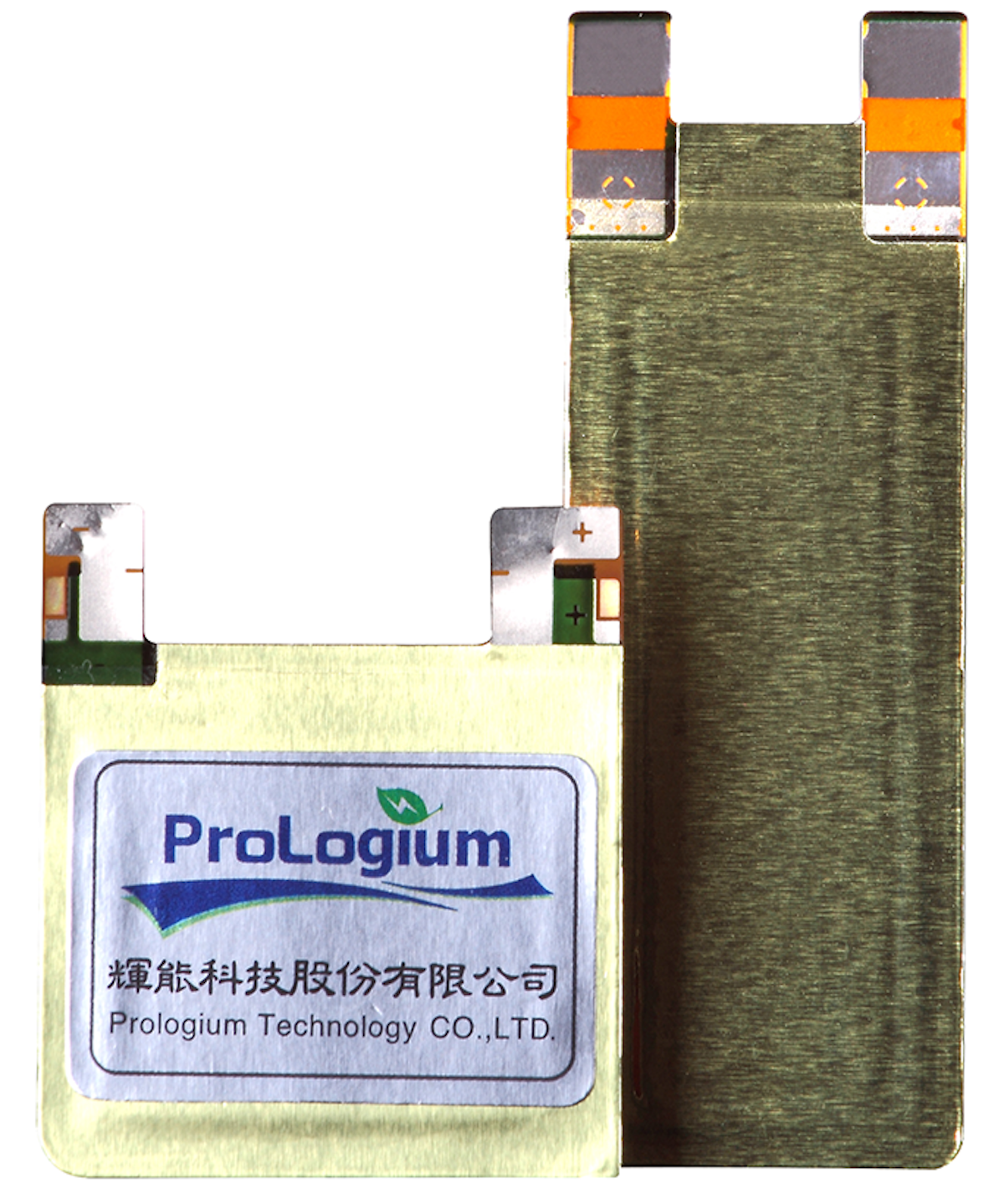 Previously known as Solicore, BrightVolt changed its name in the beginning of September 2015 and the company also spoke at the "Thin and Flexible Energy Storage" session. RR Donnelley, a partner of BrightVolt, showed the printed electronics using batteries provided by BrightVolt as shown in the photo below. BrightVolt also works on secondary thin flexible batteries targeting MEMS applications at the request of many customers. 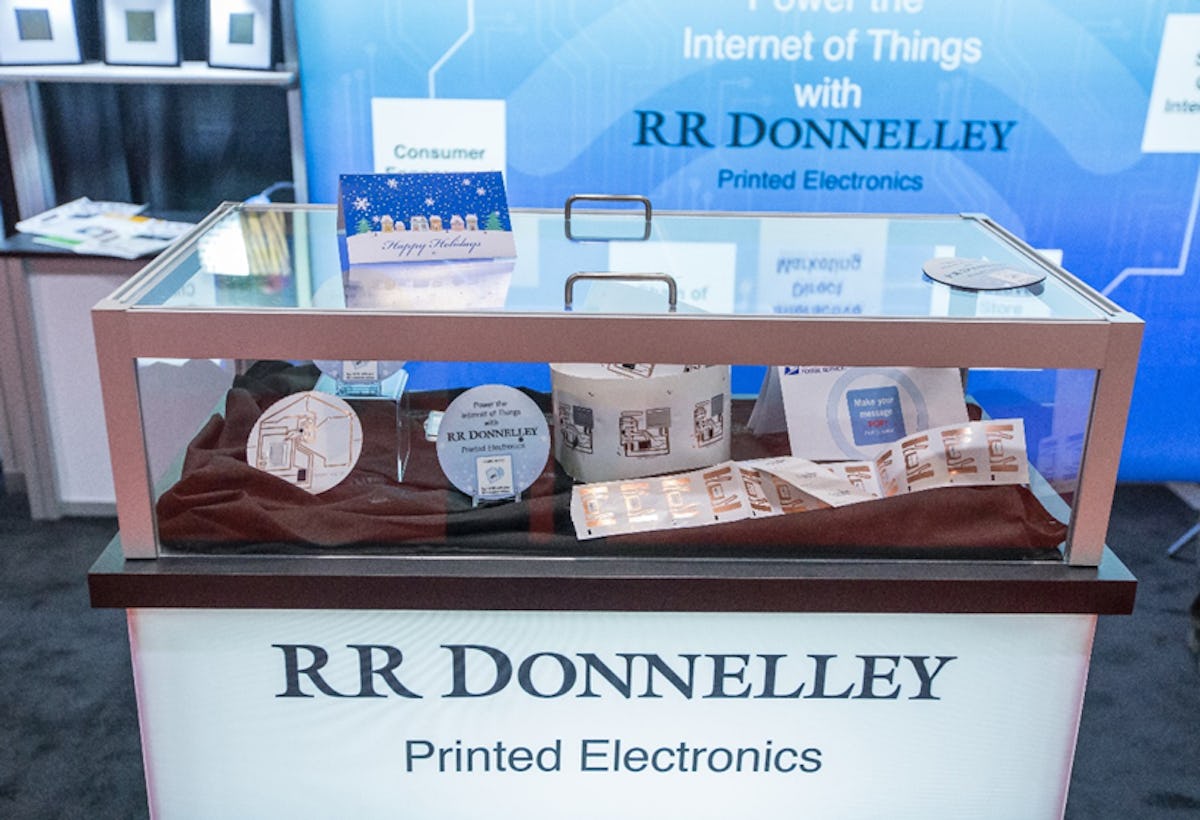 Besides various battery technologies, IDTechEx also had equipment providers such as Ulvac, who has equipment for manufacturing ultra-thin LiPON-based batteries. 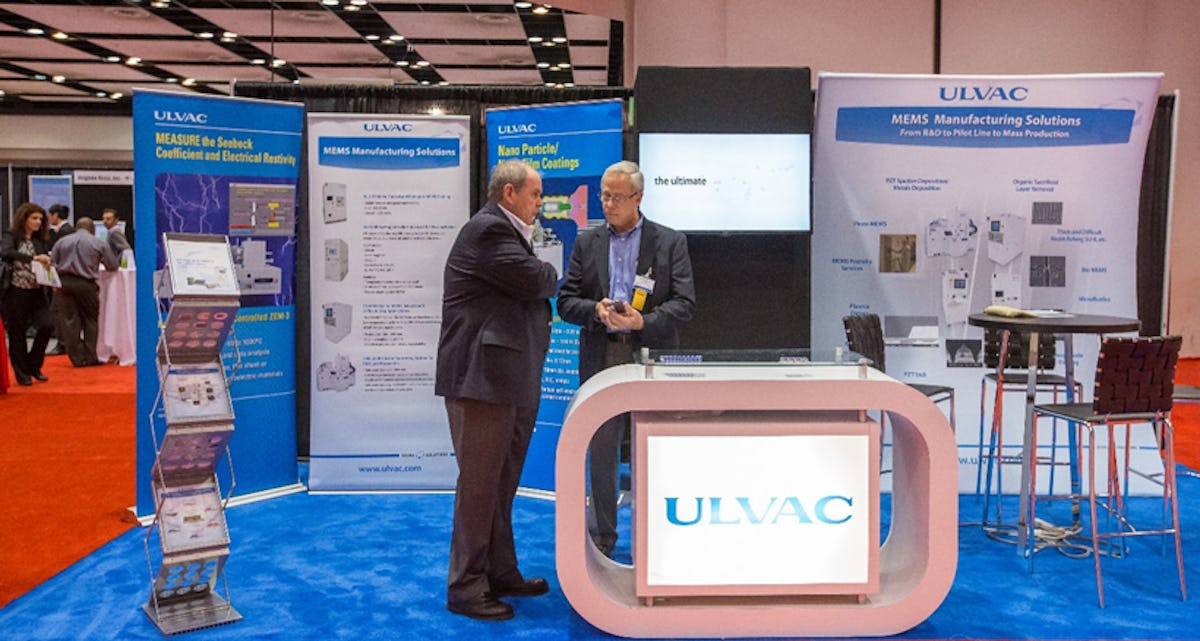 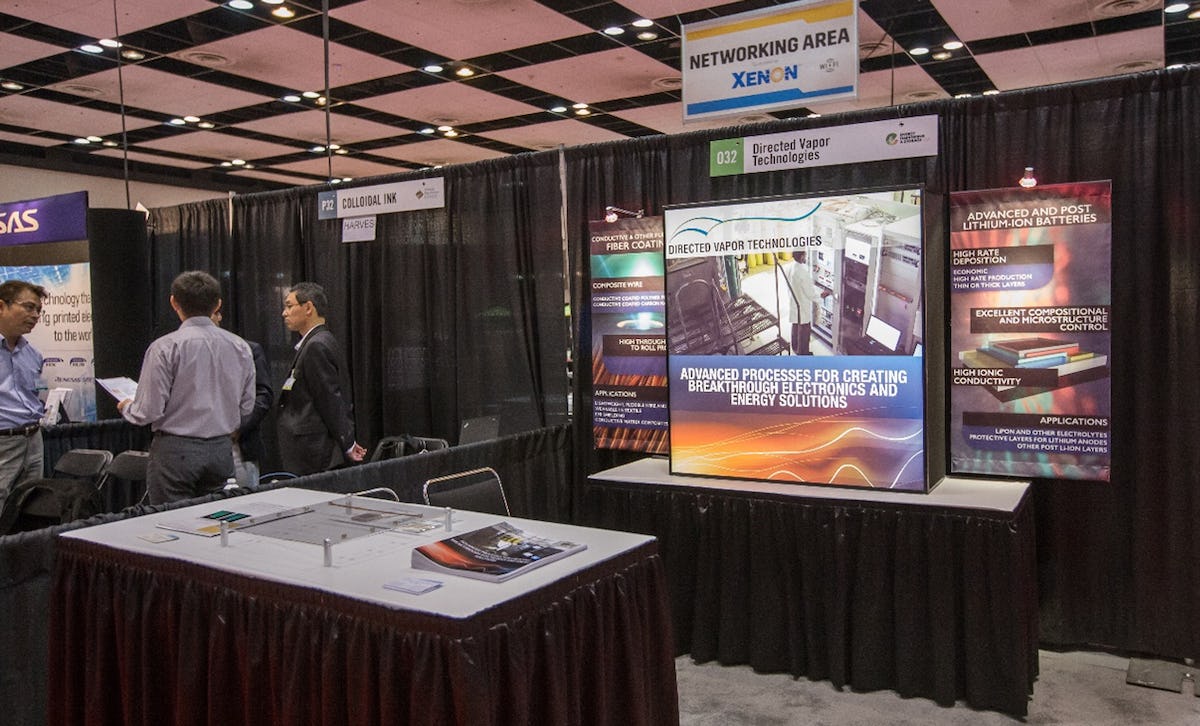 Shandong Yuhuang New Energy Technology Co.,Ltd, a wholly owned subsidiary of Shandong Yuhuang Chemical (Group) Co.,Ltd is a company focusing on research and development of andvanced power lithium-ion battery and related materials. Yuhuang New Energy exhibited in IDTechEx Show! with its new battery products (NCM with graphene as shown in the photo and LFP with graphene). The company is a member of China Innovation Alliance of Graphene Industry. The mother company, Shandong Yuhuang chemical company reached sales revenue of RMB 28.6 billion (about US$ 4.5 billion) and more than 5,000 employees in 2014. 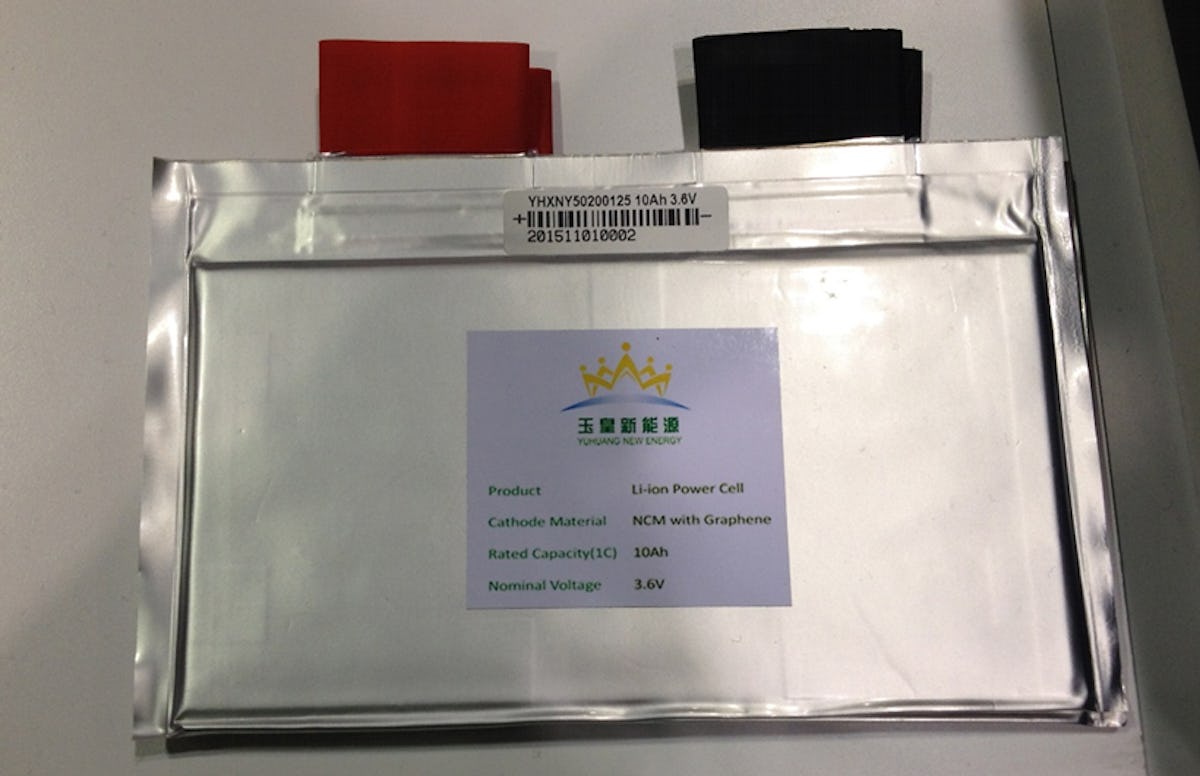 Based in Jiangsu provincial science and technology incubator of China, the Sixth Element (Changzhou) Materials Technology Co., Ltd. focuses on R&D, mass production and sales of graphene and related materials. In the IDTechEx Show! graphene conference session, the Sixth Element introduced itself as well as its products. The company owns 50 & 300 t/year production lines for graphene oxide and graphene powder, as well as 115 employees. Their products ranges from enhanced graphene, energy storage type graphene, to thermal conduction type graphene and anti-corrosion type graphene. Among them, the graphene-zinc anti-corrosion primer used for offshore wind power tower can reach a competitive price of RMB 3.19/m2 compared with zinc rich epoxy primer, the latter costs RMB 3.63/m2.