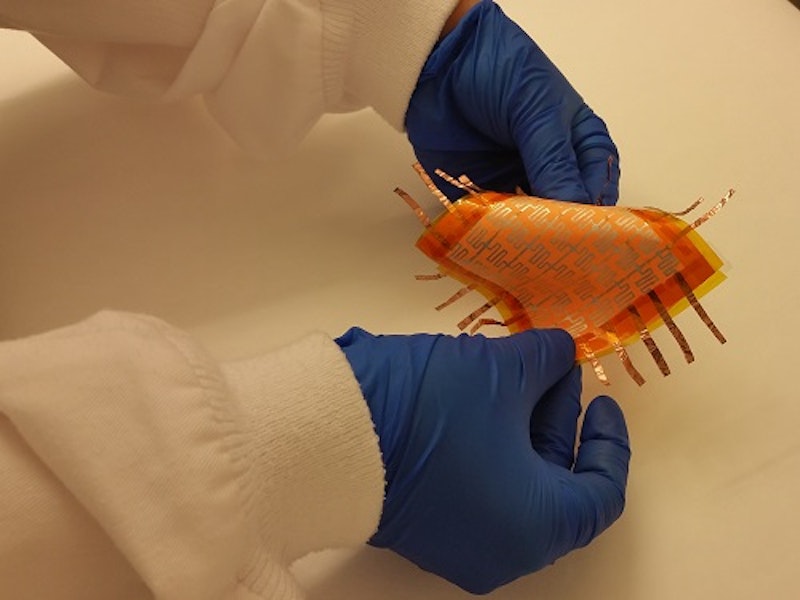 Everyday materials from the kitchen drawer, such as aluminum foil, sticky note paper, sponges and tape, have been used by a team of electrical engineers from KAUST to develop a low-cost sensor that can detect external stimuli, including touch, pressure, temperature, acidity and humidity.
The sensor, which is called Paper Skin, performs as well as other artificial skin applications currently being developed while integrating multiple functions using cost-effective materials.
"This work has the potential to revolutionize the electronics industry and opens the door to commercializing affordable high-performance sensing devices," stated Muhammad Mustafa Hussain from the University's Integrated Nanotechnology Lab, where the research was conducted.
Wearable and flexible electronics show promise for a variety of applications, such as wireless monitoring of patient health and touch-free computer interfaces. Current research in this direction employs expensive and sophisticated materials and processes.
The team used sticky note paper to detect humidity, sponges and wipes to detect pressure and aluminum foil to detect motion. Coloring a sticky note with an HB pencil allowed the paper to detect acidity levels, and aluminum foil and conductive silver ink were used to detect temperature differences.
The materials were put together into a simple paper-based platform that was then connected to a device that detected changes in electrical conductivity according to external stimuli.
Increasing levels of humidity, for example, increased the platform's ability to store an electrical charge, or its capacitance. Exposing the sensor to an acidic solution increased its resistance, while exposing it to an alkaline solution decreased it. Voltage changes were detected with temperature changes. Bringing a finger closer to the platform disturbed its electromagnetic field, decreasing its capacitance.
The team leveraged the various properties of the materials they used, including their porosity, adsorption, elasticity and dimensions to develop the low-cost sensory platform. They also demonstrated that a single integrated platform could simultaneously detect multiple stimuli in real time.
Several challenges must be overcome before a fully autonomous, flexible and multifunctional sensory platform becomes commercially achievable, explained Hussain. Wireless interaction with the paper skin needs to be developed. Reliability tests also need to be conducted to assess how long the sensor can last and how good its performance is under severe bending conditions.
"The next stage will be to optimize the sensor's integration on this platform for applications in medical monitoring systems. The flexible and conformal sensory platform will enable simultaneous real-time monitoring of body vital signs, such as heart rate, blood pressure, breathing patterns and movement," Hussain said.
Source and top image: KAUST
Learn more at the next leading event on the topic: Healthcare Sensor Innovations USA 2020