Perhaps no technology in recent times, has generated more interest and investment than Virtual (VR) and Augmented Reality (AR). On July 27, 2015, a start-up, OnePlus launched what was reportedly, the first VR product and in less than 2-years, there has been an upsurge of products, services and a range of alternative design approaches including Virtual Reality, Augmented Reality and Immersive devices. Start-ups such as Magic Leap have reportedly raised upwards of US$1.3b and small companies like Avegant and Meta 2 are using Light Field Display Technology to challenge Microsoft's Holo Lens. The number and type of companies already participating in the fledging industry is enormous as shown in the following chart developed by The VR Fund.
Take a look at what's happening at Display Week 2017
Given that displays are a major component, contributing to the user experience, the Society of Information Displays (SID) thought it would be useful to conduct a survey to ascertain the current experience level and the expectations of the SID membership in preparation for the DisplayWeek Market Focus Conference on VR/AR, which will be held on May 24th. The survey was responded to by almost 400 members and the results are provided below. 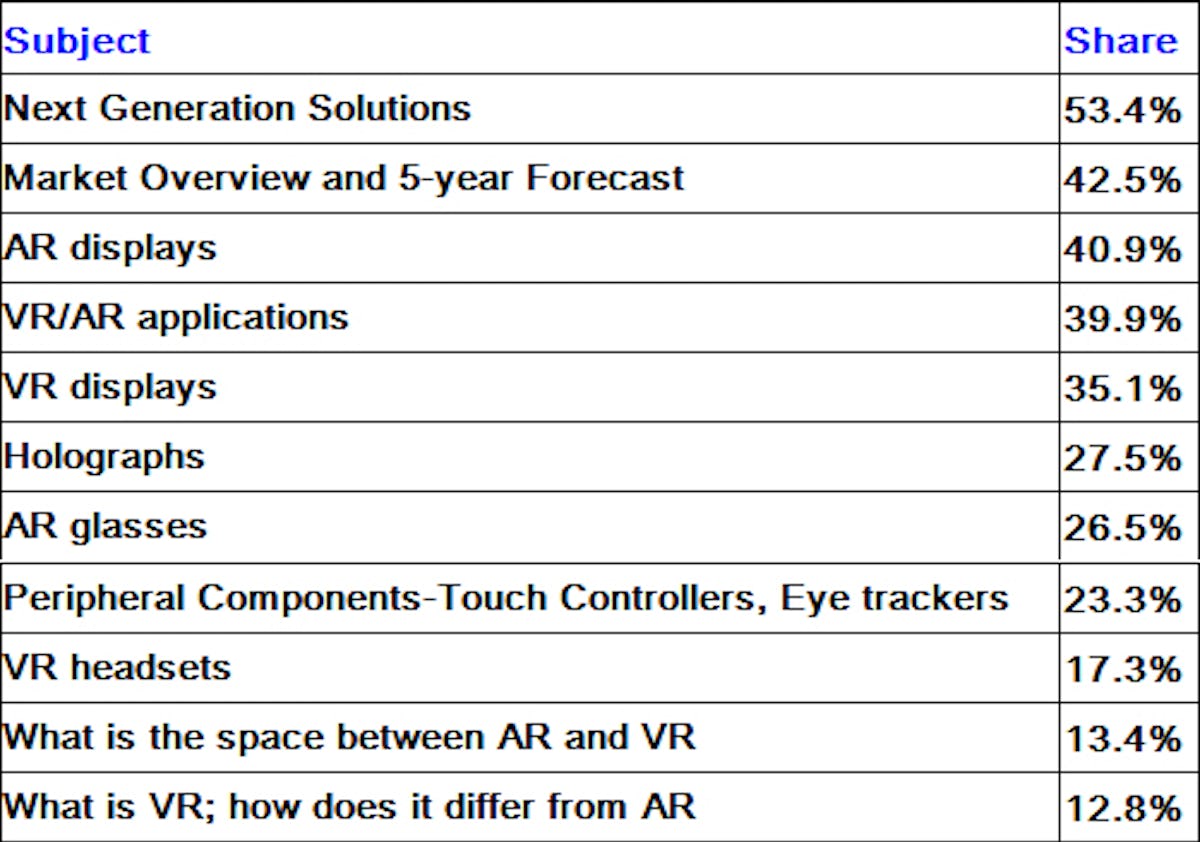 Below is a compilation of the responses to the 10 questions contained in the survey. If you have any interest in VR, AR or IR, SID request that you go to the following URL to view the agenda and the extraordinary speakers that SID has lined up. Then register for the Market Focus Conference before it is sold out. 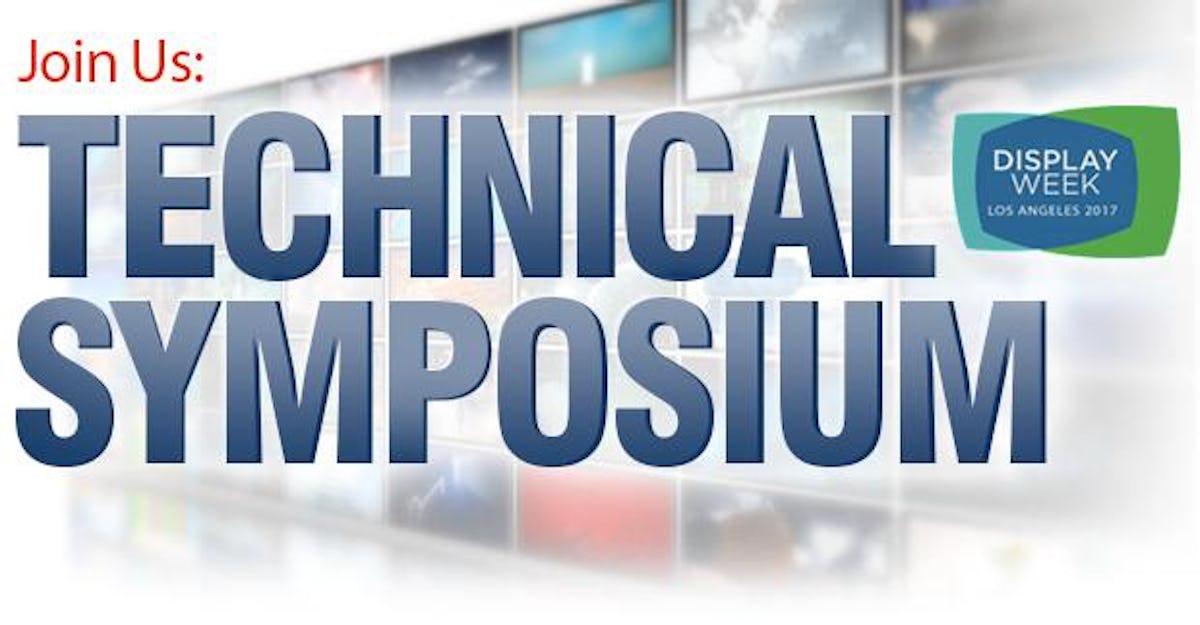 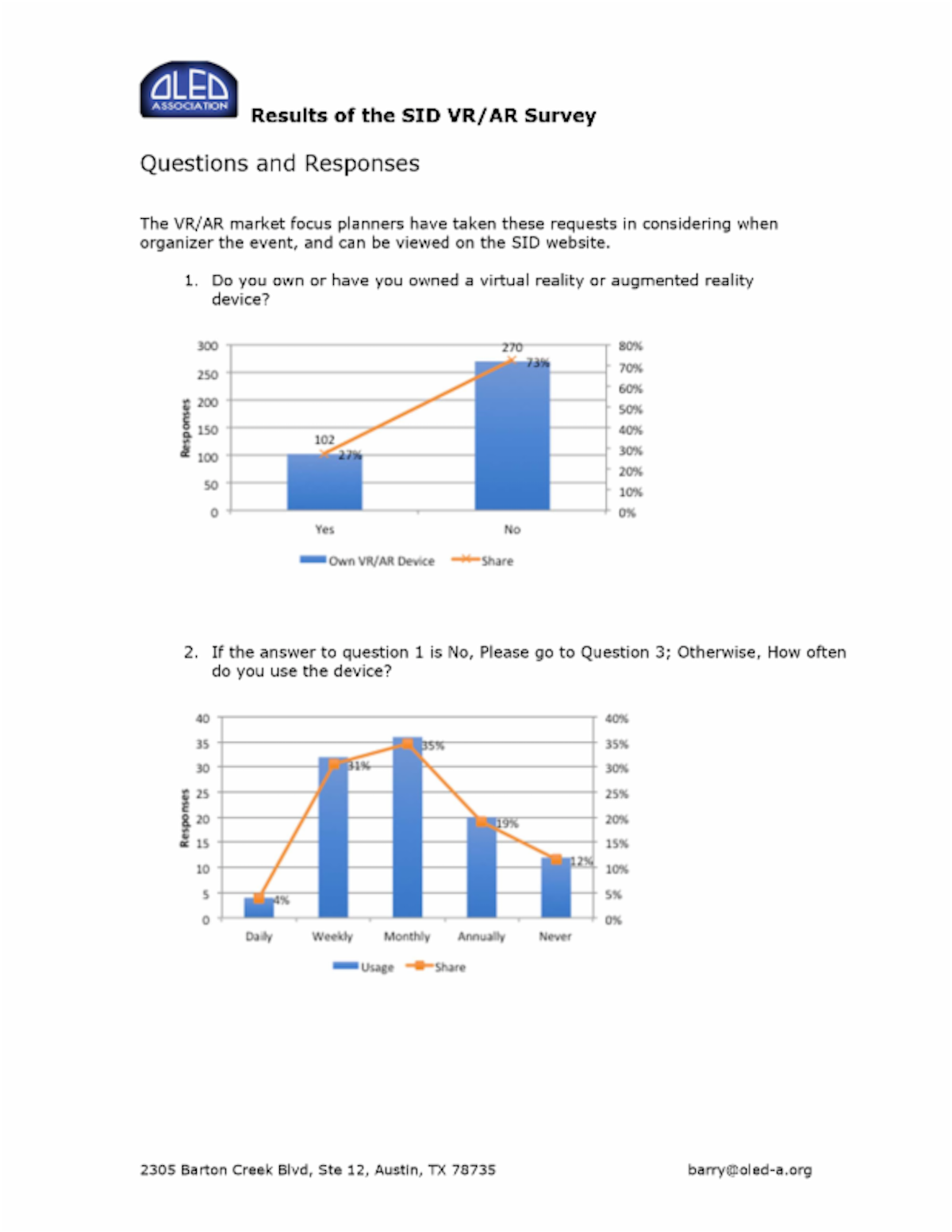 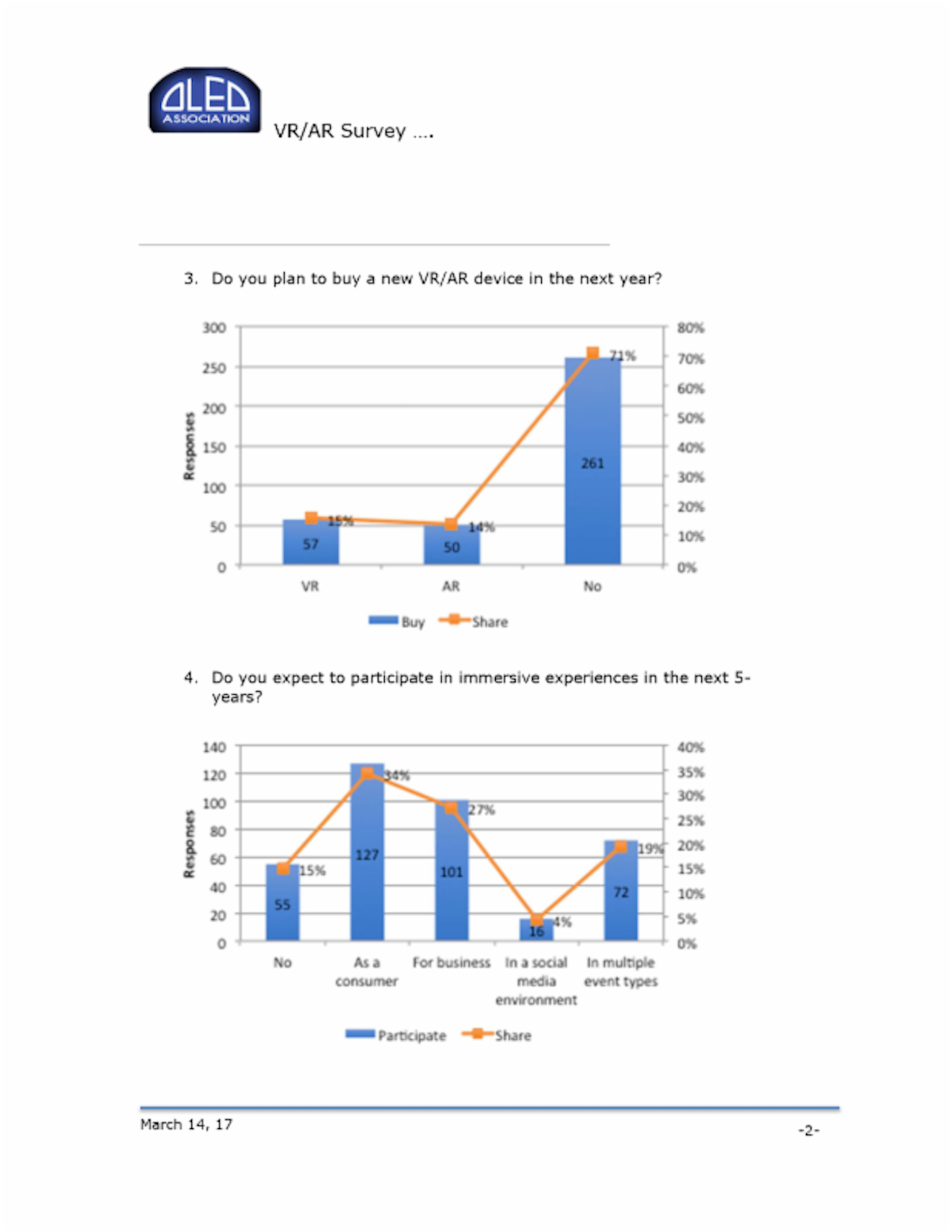 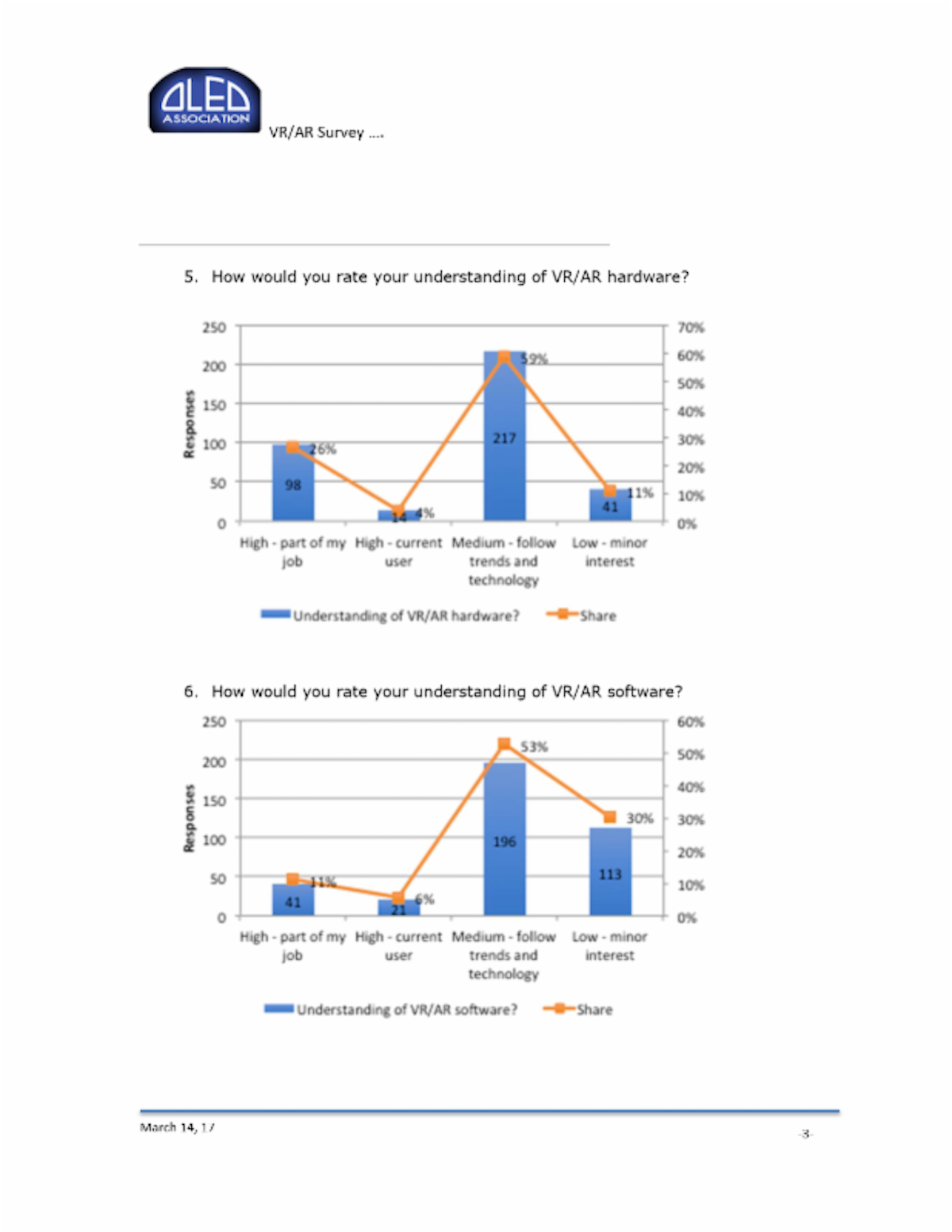 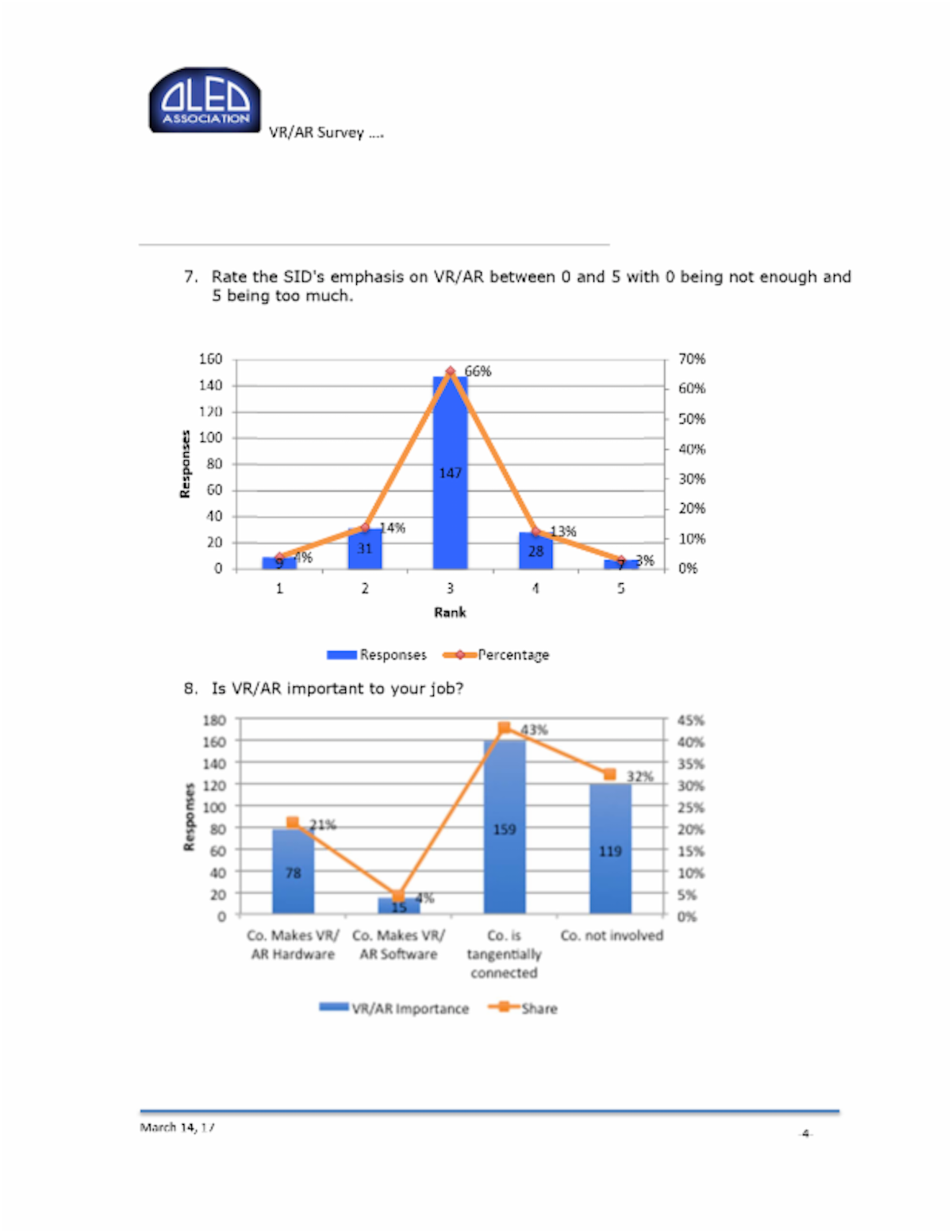 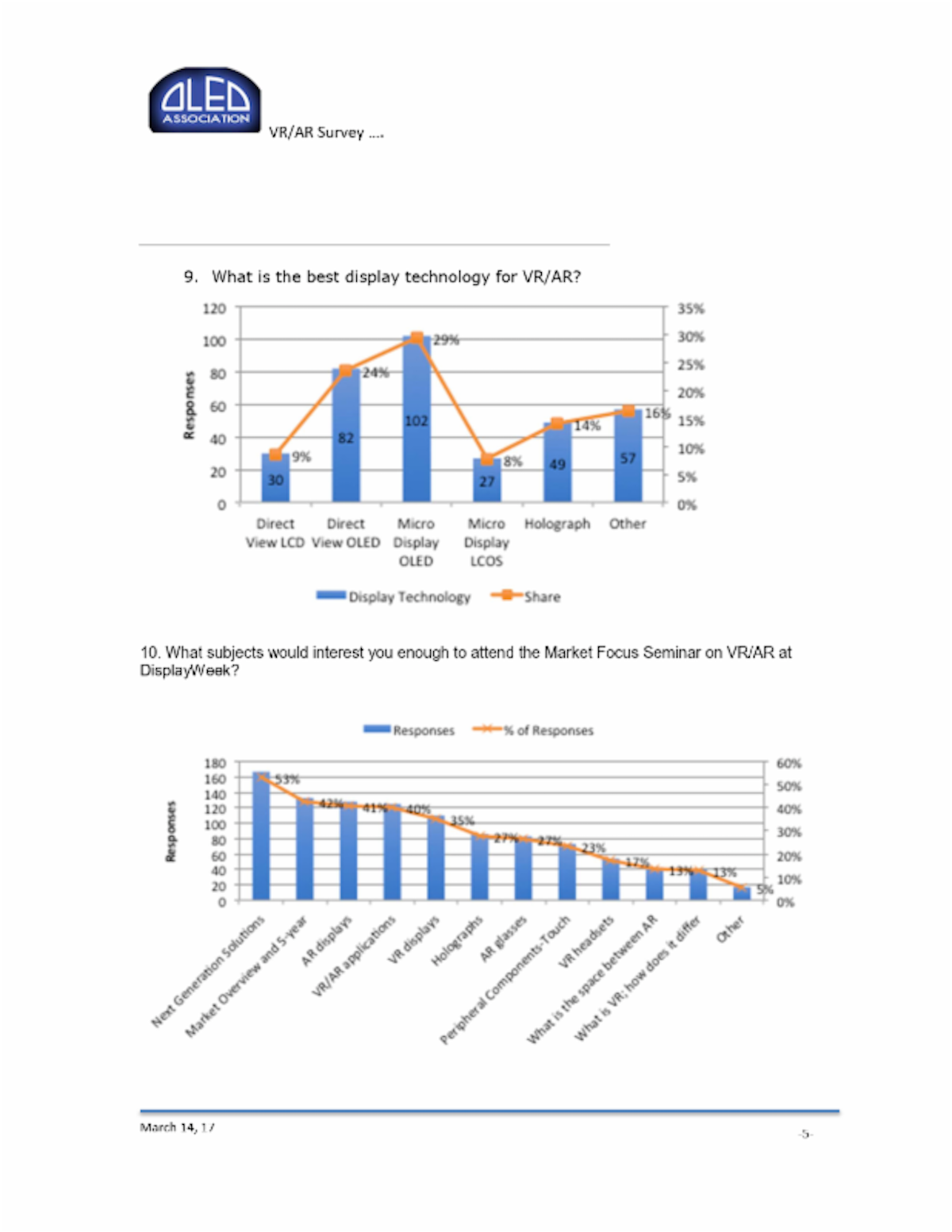