The eardrum, also called the tympanic membrane or myringa is a thin, cone-shaped membrane that plays a crucial role in sensing sound and transmitting the sound from the air to the ossicles. In the current microphone industry, a rigid diaphragm which consists of metal film or Si membrane is used to fulfill acoustic-electric transition. Although the diaphragm is able to respond to sound, the stiff and brittle configuration may limited its further application in vivo implantation. It is necessary to fabricate a bionic flexible eardrum which can respond and record sound with similar flexible mechanic properties, wide frequency response domain, high sensitivity and ultra-fast response time.
Recently, Professor Ting Zhang and his group from the Suzhou Institute of Nanotech and Nanobionics (SINANO), Chinese Academy of Sciences (CAS), developed an ultra-thin flexible electronic eardrum to detect sound signal by optimizing the chosen materials and micro-structure design of the device.
To realize the thin and elastic property, the polydimethylsiloxane (PDMS) was spin-coated on to the uniformly micro-structured Si mold on which sensing nanomaterials are deposited and co-curing with the ultra-violet treated polyethylene (PE) film. The flexible electronic eardrum (50 μm thick) can detect and record sound with high signal to noise ratio (~ 55 dB), fast response time (76.9 μs), and wide frequency response (20-13000 Hz) even after 150,000 times cycling pressure test. The sensors have a high degree of consistency with the original audio signal and can identify the sound of different people. The result has been published in the latest issue of Nano Research. 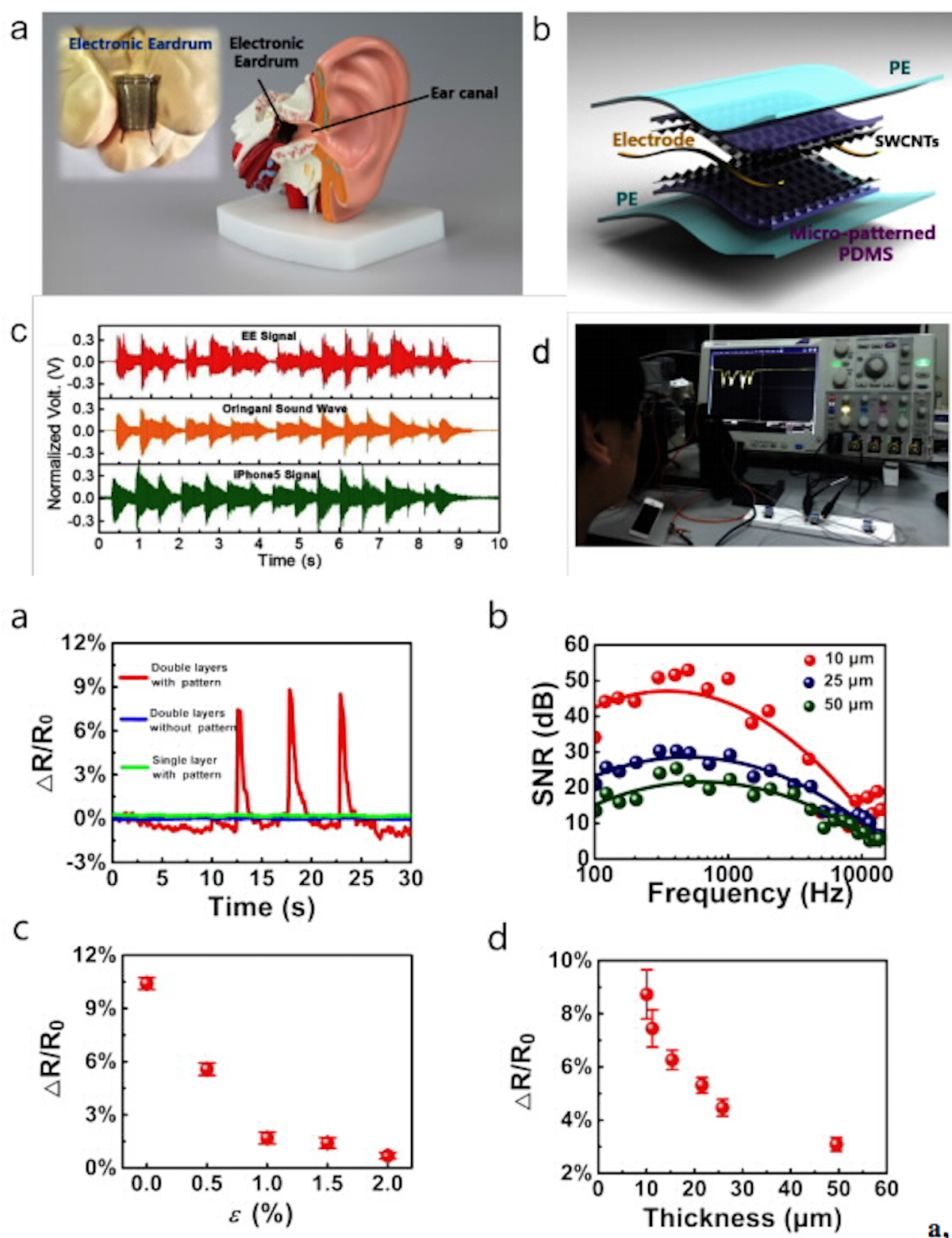