Possibilities of biosensors as a tattooed interface

Can tattoos embrace technology in order to make the skin interactive?
The Dermal Abyss presents a novel approach to biointerfaces in which the body surface is rendered an interactive display. Traditional tattoo inks were replaced with biosensors whose colors change in response to variations in the interstitial fluid. It blends advances in biotechnology with traditional methods in tattoo artistry.
The MIT Media Lab developed four biosensors, reacting to three pieces of biochemical information in body fluid and changes colors: The pH sensor changes between purple and pink, the glucose sensor shifts between blue and brown; the sodium and a second pH sensor fluoresce at a higher intensity under UV light. 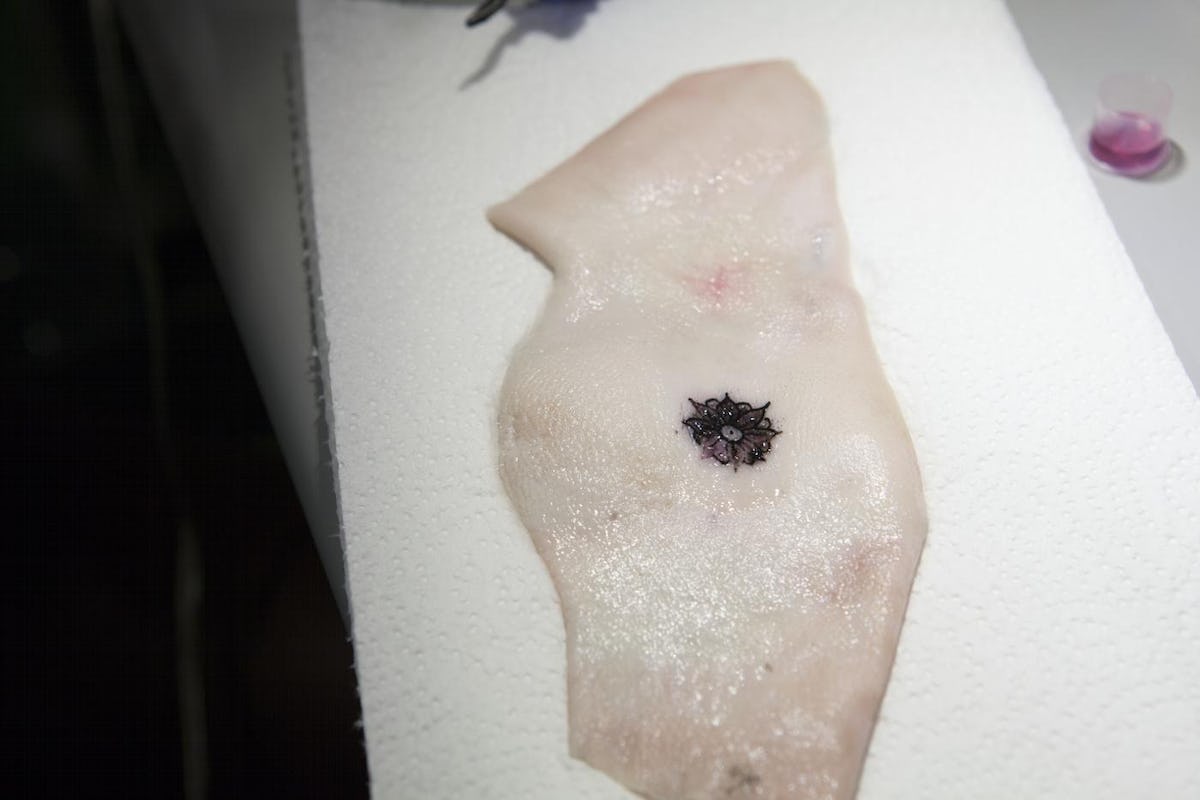 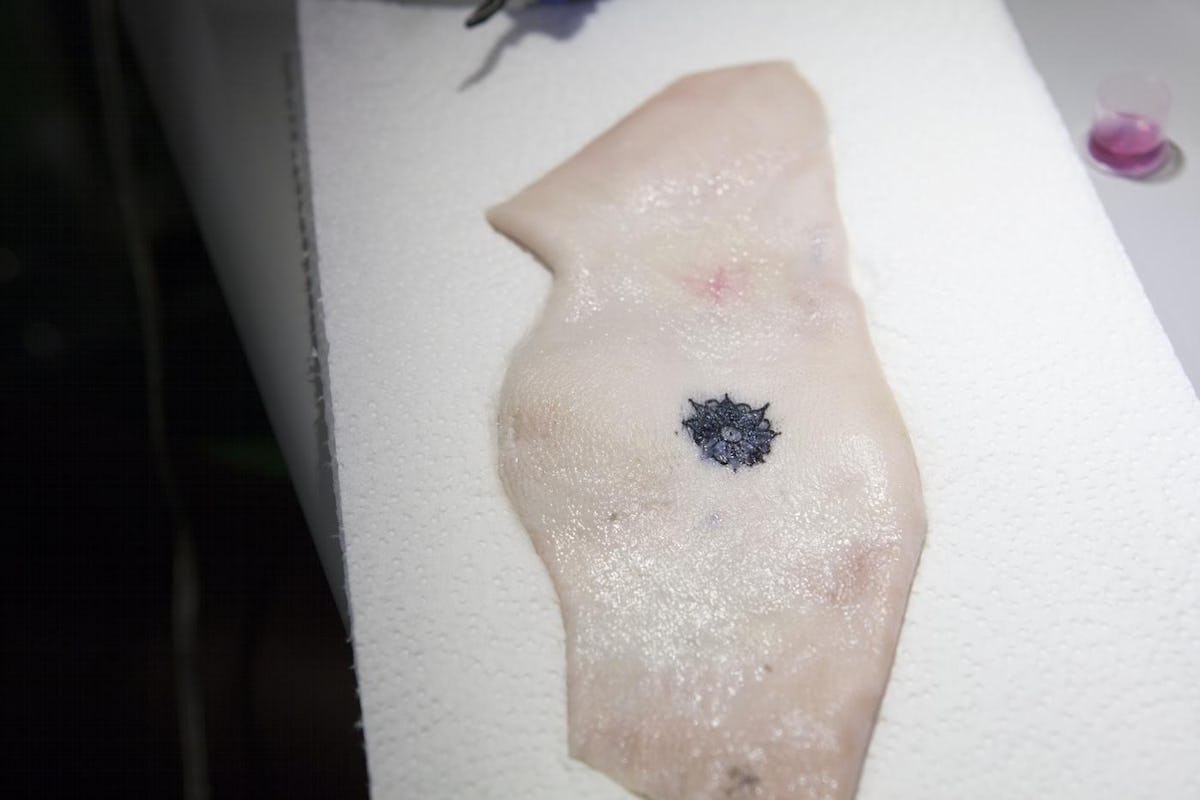 PH sensing: high value
The Dermal Abyss creates a direct access to the compartments in the body and reflects inner metabolic processes in a shape of a tattoo. It could be used for applications in continuously monitoring such as medical diagnostics, quantified self, and data encoding in the body.
Currently, during daily activities and alimentary habits, diabetics need to monitor their glucose levels by piercing the skin, 3 to 10 times per day. With d-abyss, we can replace the painful procedure with a tattoo, of which the color from pink to purple based on the glucose levels. Thus, the user could monitor the color changes and the need of insulin.
Preliminary evaluation was done in an ex vivo pig skin model.Several injections in the skin were done in order to understand the visibility and functionality of the biosensors.
Source and images: MIT Media Lab