NEC LCD Technologies has successfully developed A3 and A4 sized electronic paper using the microcapsule electrophoretic system.
Developed by E Ink Corporation (USA), the electrophoretics system contains white pigment particles electrified with positive electrodes, and black pigment particles electrified with negative electrodes. Each pigment particle is contained in a clear microcapsule that is moved by applying voltage, which thereby creates a visible display. The prototype uses E Ink's "Vizplex Imaging Film."
The new e-paper modules leverage NEC LCD Technologies and advancements with TFT active matrix to secure 16 step grayscale, white reflectivity of 43% and a contrast ratio of 10:1 - giving higher visibility and gradation when compared to general newspapers.
By combining up to eight modules, which incorporate the company's original multi-tiling controller, the e-paper modules can be used to form large screen displays. The A3 e-paper module is composed of especially narrow frames, with two sides measuring just 1mm, which enables the creation of large screens that feature effective multi-tiling.
The displays reduce strain on the eyes by utilizing reflected light and paper which enables wide viewing angles and high visibility under direct sunlight. Power is kept to a minimum by using reduced electricity when displaying information and only a limited amount of energy is required to perform screen rewriting.
The A3 and A4 modules have drawn particular attention due to consumer's existing daily use of similarly sized paper - the slim light-weight design makes it an ideal portable electronic device for the avid newspaper reader and business manager.
The company say they will continue to promote the research and development of e-paper modules and will aim for large-scale production of new applications that address a wide range of uses spanning many different fields. 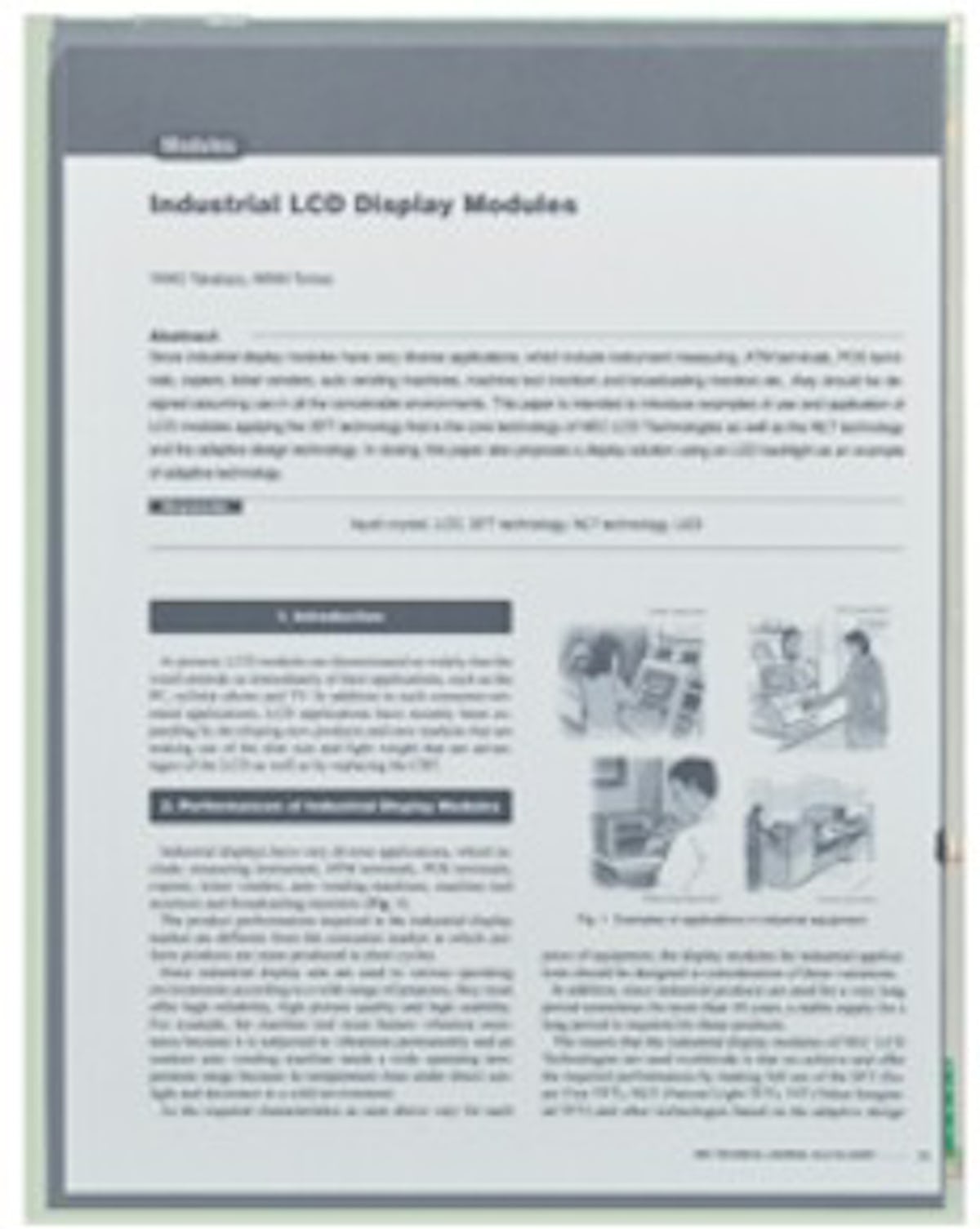