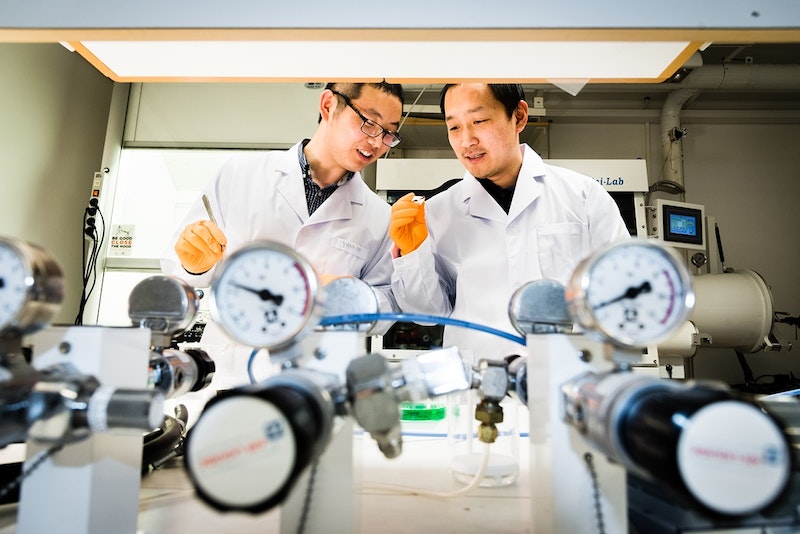 A further step has been taken along the road to manufacturing solar cells from lead-free perovskites. High quality films based on double perovskites, which show promising photovoltaic properties, have been developed in collaboration between Linkoping University and Nanyang Technological University in Singapore. For more information see the IDTechEx report on perovskite photovoltaics.
Researchers at Linköping University and at Nanyang Technological University in Singapore have published their results in the prestigious scientific journal Advanced Materials.
Research groups around the world have recognised the potential of perovskites as one of the most promising materials for the development of cheap, environmentally friendly and efficient solar cells. In just a few years, the power conversion efficiency has increased from a few percent to over 22%. The perovskites currently available for use in solar cells, however, contain lead, and Feng Gao, senior lecturer at LiU, was appointed in the autumn of 2017 as Wallenberg Academy Fellow to develop lead-free double perovskites, in which a monovalent metal and a trivalent metal replace the divalent lead.
Single-layer films
In the laboratory at the Division of Biomolecular and Organic Electronics, LiU, postdoc researchers Weihua Ning and Feng Wang have successfully manufactured single-layer thin films of densely packed crystals of double perovskites. The films are of extremely high quality and can be used as the active layer in solar cells, in which sunlight is absorbed and charge carriers created.
"Our colleagues at Nanyang Technological University in Singapore have shown that the charge carriers demonstrate long diffusion lengths in the material, which is necessary if the material is to be appropriate for application in solar cells," says Feng Gao.
The power conversion efficiency of the solar cells is still low - only around 1% of the energy in sunlight is converted to electricity - but neither Feng Gao or Weihua Ning are worried.
"No, we have taken the first major step and developed a method to manufacture the active layer. We have several good ideas of how to proceed to increase the efficiency in the near future," says Feng Gao.
Weihua Ning nods in agreement.
Researchers have calculated that over 4,000 different combinations of materials can form double perovskites. They will also use theoretical calculations to identify the combinations that are most suitable for use in solar cells.
This breakthrough for research in double perovskites is also a result of the joint PhD programme in Materials- and nanoscience/technology at Linköping University and Nanyang Technological University.
Source and top image: Linkoping University