A new concept in solar bags

ASCA Solutions Lab is dedicated to integrating flexible and versatile photovoltaic films into consumer products and has developed a new bag prototype specially designed to take advantage on the beach of the solar energy available in abundance - totally free of charge. For more information see the IDTechEx report on e-textiles.
What could be better than relaxing on the beach without running the risk of your battery running out? The ASCA solar bag prototype will be a source of inspiration for leather goods manufacturers seeking innovative and useful products. This new, aesthetic and discreet photovoltaic technology will fit seamlessly into their range by offering additional and totally original functionality: the ability to recharge electronic devices using 100% solar energy.
Both elegant and hi-tech, the solar beach bag fully meets the needs of holidaymakers wishing to soak up the sun while staying connected. The ASCA© solar bag guarantees uninterrupted connectivity. 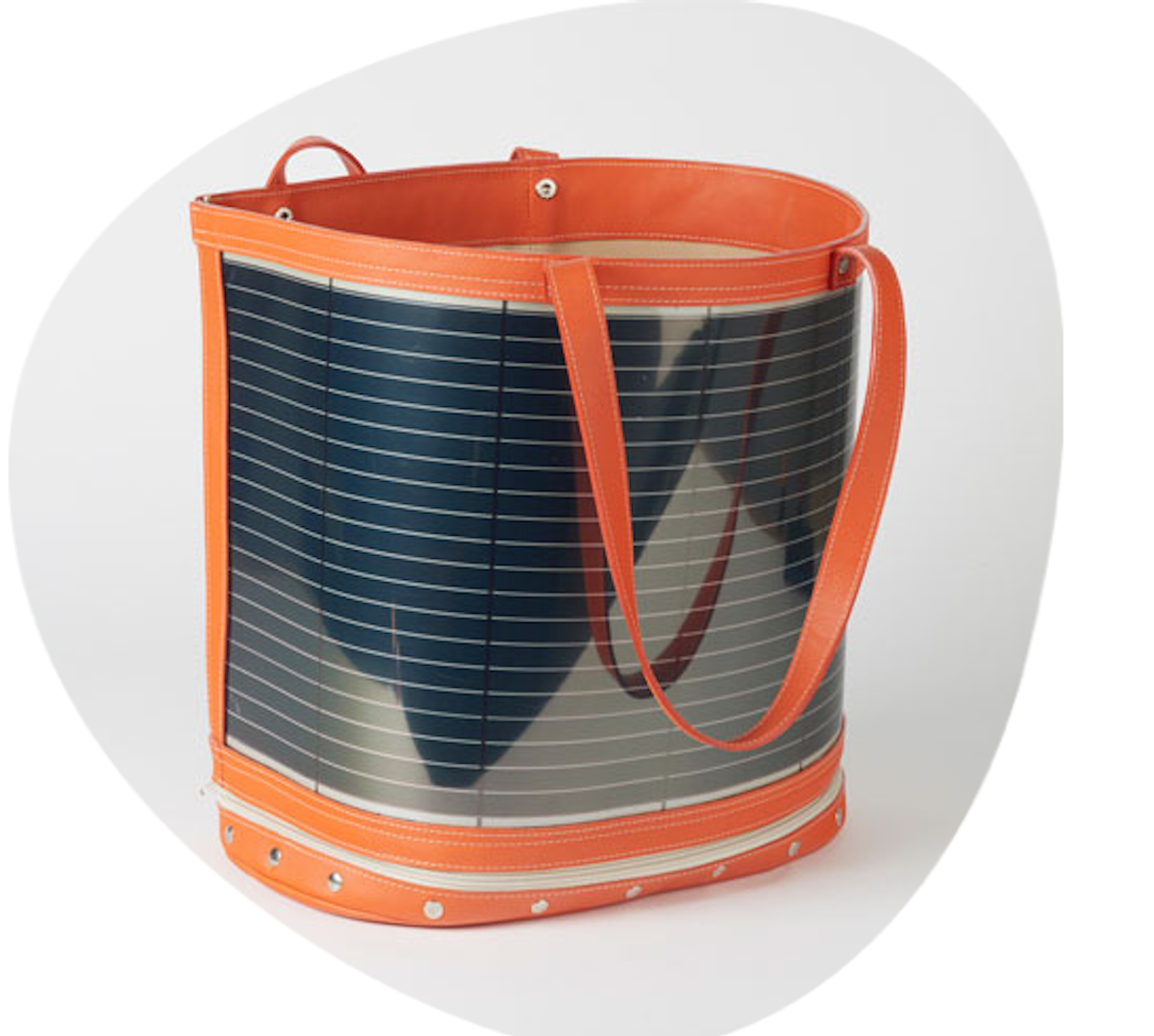 The prototype functions using an ASCA photovoltaic module incorporated within the leather. The large capacity of the bag offers plenty of room for everything needed to enjoy the pleasures of the seaside with peace of mind.
Made of semi-conductor compounds based on organic polymers, ASCA is composed of fine layers of ink deposited using a coating process designed for thin and flexible films which offers innovative benefits such as flexibility, lightness and many other advantages. Thanks to its flexibility, the film can easily cope with a certain level of twisting, deformation and vibration and can be rolled up at least 50,000 times without any loss of efficiency.
This flexibility also gives it a level of conformability (in terms of constraints) that complies with the applications design's conformability into which ASCA is incorporated, without affecting performance levels.
ASCA weighs around 450g/m2 and is able to function at lower levels of light intensity than other technologies. For example, 200 Lux is enough to trigger the ASCA photovoltaic module. Certain applications only operate when exposed to artificial lighting giving the advantage of being functional in indoor applications.
Strength tests are conducted by repeated impact simulations. With projectiles launched from different heights, the thin films offer greater resistance. Any impact can only affect the area in question and not the integrity of the system, leaving ASCA functional (proportional to the area remaining intact). The photovoltaic film is semi-transparent thanks to its semi-transparent or transparent mesh electrodes and layers so thin that you can see right through them and films can last, depending on conditions, up to 20 years.
Source and images: ASCA Solutions Lab
IDTechEx comment: Organic photovoltaics can be rugged and attractive. It has the poorest efficiency but this matters little with a large area on a large bag. Over the last ten years, several companies in Japan, USA and elsewhere have sold solar bags but not established major enduring sales after the novelty peak. This appears to be because few considered it worth the money and the newer phones do not require charging during the day. Although life was only 2-3 years this was not a primary inhibitor of sales. Solar driven posters in Japan needed only the typical 3-6 months' life of a regular poster so no problem there. They failed because the novelty and functionality did not justify the $30 cost. IDTechEx believes there is a gap in the market for reprogrammable posters with light emitting displays, interactivity etc. but nothing is guaranteed. It will be interesting to see how the life and price of the several new OPV offerings evolve. Some are already being offered for solar greenhouses and windows where long life is very important.