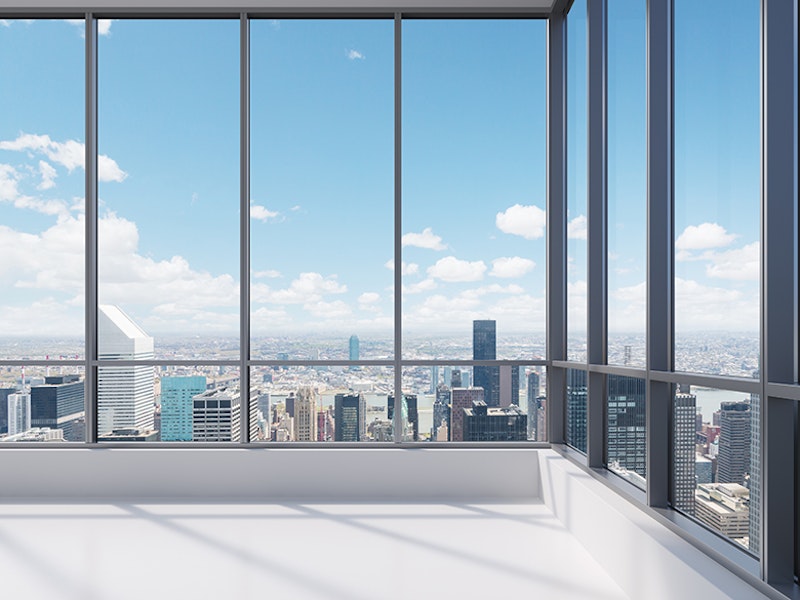 U.S. buildings leak an estimated 30 percent of their energy through inefficient windows, costing consumers an estimated $42 billion annually. For more information see the IDTechEx report on Smart Glass and Windows 2018-2028.
But that could begin to change if efforts by the U.S. Department of Energy's (DOE) Argonne National Laboratory are successful in commercializing a patented new process for synthesizing vanadium dioxide nanoparticles that makes manufacturing energy-efficient ​"smart windows" economical.
"There's a need to develop a continuous process to rapidly manufacture such nanoparticles in an economical way and to bring it to the market quickly," said Jie Li, an Argonne chemical engineer. Li and his Argonne colleagues received a U.S. patent for the process in May that is available for licensing.
Thermochromic smart windows work automatically to pass infrared energy in winter to keep buildings warm and block infrared energy in the summer to keep them cooler. The nanoparticle-based vanadium dioxide films have approximately twice the solar modulation values for high and low temperatures as thin films, Li said. Solar modulation is the amount of solar energy that the vanadium dioxide material can control at low and high temperatures. Further, the material acts with switch-like rapidity, transitioning from blocking infrared to passing it through in micro- or nano-seconds.
Thermochromic technology has attracted industrial interest for decades but has been a niche product because of its high cost and limited performance, said Ralph Muehleisen, who heads Argonne's building science program. The problem has been that the best performing material for smart windows is vanadium dioxide in nanoparticle form. Until now, however, no one knew how to inexpensively produce the nanoparticle form in enough volume to support commercialization.
Continuous flow processing is a technology increasingly used in Europe that improves process and energy efficiency, as well as material performance. It also eliminates the need for potentially hazardous high temperature and pressure conditions, which require designing costly safety measures into the traditional batch manufacturing process.
The batch production process requires two or three days and involves manual insertion and extraction of the raw materials. The Argonne method, however, is a continuous-flow process involving high temperatures that reacts in a fraction of that time, taking only minutes. It also yields nanoparticles of more uniform size, which enhances the material's energy efficiency. Output can be increased simply by networking multiple microreactors—the tabletop-sized devices in which the materials are synthesized.
"The use of nanoparticles increases performance and the continuous flow process we've invented reduces the cost of manufacturing them, so this is finally a technology that makes sense for window manufacturers to consider," Muehleisen said. ​"Perhaps more importantly, though, the manufacturing process itself has applicability to all kinds of other materials requiring nanoparticle fabrication."
Conventional thermochromic films incorporate orderly vanadium dioxide material that responds at a much higher temperature than those made with element-doped nanoparticles. The conventional windows must reach 154 degrees Fahrenheit before they begin to block infrared heat. Windows containing vanadium dioxide nanoparticles that include tungsten achieve this critical transition temperature at 77 degrees Fahrenheit.
The nanoparticle-containing windows do not require tinting to enhance their energy efficiency, unlike their conventional counterparts. Further, Muehleisen estimates that Argonne's continuous-flow processing technique could make manufacturing the nanoparticles at least five times less expensive than conventional methods. Existing energy-saving window technologies are inefficient, expensive, or both.
To further develop the vanadium dioxide thermochromic technology, Li and Muehleisen seek to reduce the particle size from 100 nanometers to 15 or 20 nanometers. At the smaller sizes, a line of 3,000 to 4,000 of the nanoparticles could fit across the diameter of a human hair. The smaller particles offer two advantages over their larger counterparts. They scatter less light, making window film more transparent; and they would modulate infrared heat better, making them more energy efficient, Li said.
The vanadium dioxide nanoparticles may also lend themselves to defense applications. The material could potentially scramble infrared beams used to measure room vibrations as a surveillance technique. With further research and development, the material might also offer protection for aircraft and other vehicles against laser weapons.
A team of material scientists, process engineers, energy scientists and building scientists from Argonne and commercialization specialists at the University of Chicago worked together to develop the vanadium dioxide nanoparticle technology under the auspices of the laboratory's relatively young building program.
"I am looking to expand the buildings program to work more closely with our discovery science groups," Muehleisen said. ​"There is a need to better understand some fundamental physics and chemistry of materials that have applications in building design. We need to really look outside the box to get to the next generation of materials that are adaptive/dynamic, better performing, lower cost to make and have lower environmental impacts."
Argonne has made it a core mission to develop advanced manufacturing technologies, such as materials with advanced properties and manufacturing processes that are more energy efficient. Sign up here to learn more about Argonne's technologies advancing manufacturing, including energy efficient processes and advanced materials design.
"Continued flow synthesis of VO2 nanoparticles or nanorods by using a microreactor" received U.S. Patent No. 9,975,804 B2 on May 22, 2018. The inventors include Jie Li, Yugang Sun, Ralph Muehleisen, Xiaojie Yan, Leah Guzowski, Samuel Dull and Ioannina Castano.
Source: Argonne National Laboratory
Top image: Denver Window Film