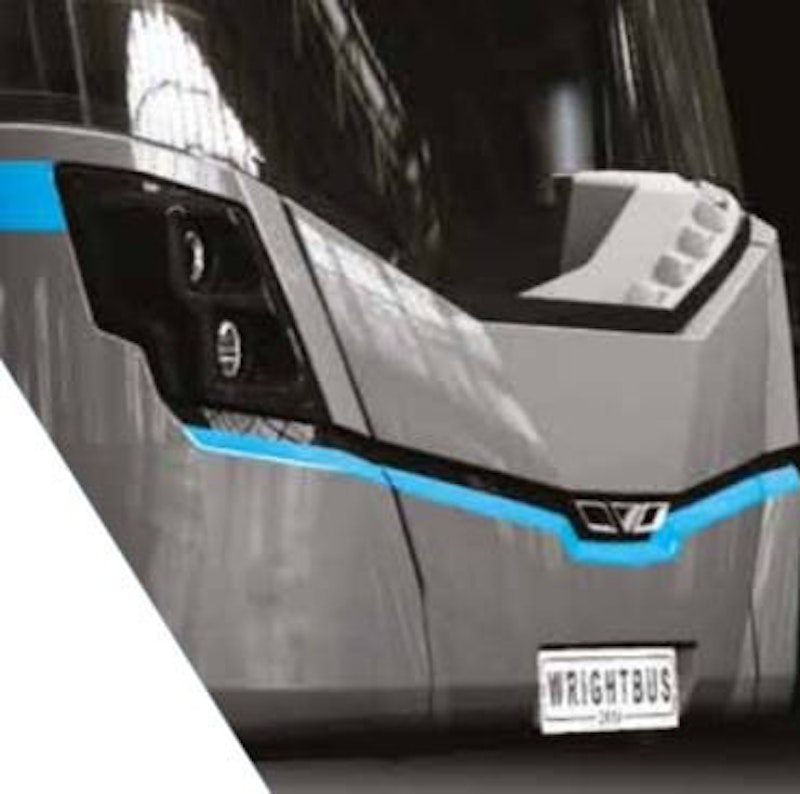 Skeleton Technologies and Wrights Group Ltd have signed a high-volume, multi-million-euro contract over the next 5 years. Skeleton Technologies supplies graphene-based ultracapacitors to the latest KERS enabled hybrid-electric double and single deck buses produced by the Wrights Group.
The demand to reduce CO2 emissions in city centers is one of the key drivers for Wrightbus to implement new technology which cuts down CO2 emissions by saving fuel.
The integration of graphene-based ultracapacitors into test WrightBus double deck buses enables a 36% fuel saving compared to a UK based EuroVI diesel bus baseline. It also adds at least another 3 passengers to the capacity of these buses compared to a lithium battery-based hybrid equivalent.
Skeleton Technologies has taken Graphene from the lab to the real world: Graphene as part of the ultracapacitor technology significantly increases power and energy density extractable from ultracapacitors whilst keeping their internal resistance low and prolonging their lifetime.
With Skeleton Technologies' cells, Wrightbus operators are also cutting down on maintenance costs. Whilst the lithium battery may last around 4 to 5 years, during their 1 million cycles, the ultracapacitors will quietly sit undisturbed for at least 7.5 years, with an estimated life of 12 to 15 years.
"Skeleton Technologies' ultracapacitors provide a major fuel saving and will reduce maintenance with a long lifetime. It is also a "Plug & Play" solution adding safety and reliability to the vehicles." said Mr. Mark Nodder, Chairman and CEO of the Wrights Group.
Mr. Taavi Madiberk, CEO of Skeleton Technologies commented: "Ultracapacitors have been integrated into buses before but the energy and power densities of our ultracapacitors have been key in the selection process. We are excited to be part of the CO2 reduction drive in cities onboard with Wrightbus."
Source and top image: Skeleton Technologies
Learn more at the next leading event on the topic: Electric Vehicle Materials Europe 2020