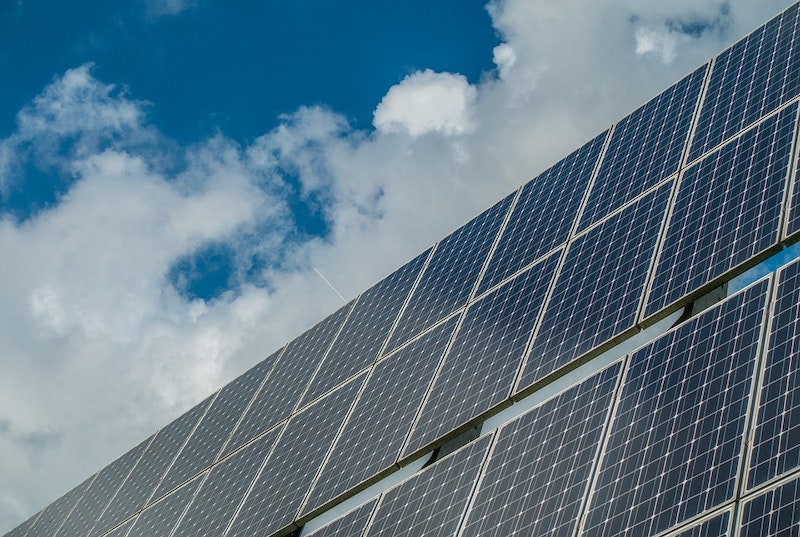 A synthetic approach developed by KAUST researchers generates homogeneous and defect-free crystals that could fast-track the commercialization of perovskite solar cells. For more information see the IDTechEx report on Perovskite Photovoltaics 2018-2028.
"Perovskite solar cells are the fastest developing type of photovoltaic technology, with power-conversion efficiencies rising from 3.8 percent in 2009 to 24.2 percent in 2019 for single-junction devices," says Osman Bakr, who led the study with Omar Mohammed. This rapid increase in performance is associated with inexpensive and simple device fabrication, which makes these solar cells commercially appealing.
The performance and stability of solar cells depend on the morphology of the perovskite thin films, which act as light-harvesting layers in the devices. As well as their low cost and easy processing, these materials have exceptional optical and transport properties. Hybrid lead-based perovskites that combine a methylammonium cation with several halides, such as the anionic forms of bromine and iodine, present a narrow and tunable optical bandgap. This bandgap nears the theoretical value required to reach the maximum conversion efficiency for a single-junction solar cell. Therefore, perokskites could become a substitute of choice for silicon-based solar materials.
However, existing perovskite solar cells usually consist of polycrystalline thin films that are highly disordered and defective, which prevents devices from achieving optimal performance.
To address this issue, Bakr and Mohammed have now produced high-aspect-ratio, single-crystal films of methylammonium lead-triiodide perovskites. They achieved this by starting the crystallization between two polymer-coated substrates that would then physically restrict crystal growth to one dimension under heating.
Compared with their polycrystalline counterparts, single-crystal perovskites display substantially lower defect density and much higher charge-carrier diffusion lengths: this is a measure of their ability to maintain light-generated electrons separate from positively charged holes and create electrical current. Therefore, "We reasoned that these single crystals offer a chance for perovskite solar-cell technology to overcome these limitations and get as close as possible to the theoretical efficiency limit," Mohammed says.
The crystals, which exhibited a thickness of 20 micrometers and an area of several square millimeters, provided high-quality solar cells with a maximum power-conversion efficiency of 21.09 percent. These devices set a new performance record for perovskite single-crystal solar cells.
"We were pleasantly surprised by these results," Bakr says. He adds that the researchers initially thought that they would need to grow crystals much thinner than 20 micrometers to achieve this performance, and growing thin crystals is extremely challenging.
The researchers believe that this record efficiency highlights the potential role of single crystals in the development of perovskite-containing devices in parallel with the path taken by their polycrystalline counterparts.
Source: KAUST
Top image: Pixabay
Learn more at the next leading event on the topic: Printed Electronics Europe 2020