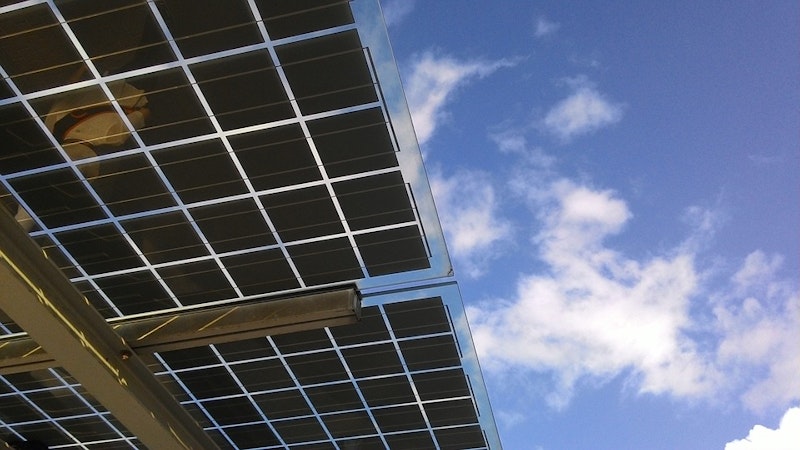 A study led by KU Leuven for the first time explains how a promising type of perovskites - man-made crystals that can convert sunlight into electricity - can be stabilized. As a result, the crystals turn black, enabling them to absorb sunlight. This is necessary to be able to use them in new solar panels that are easy to make and highly efficient. The study was published in Science. For more information see the IDTechEx report on Perovskite Photovoltaics 2108-2028.
Perovskites are semiconductor materials that have many applications. They show particular promise in harvesting solar energy. Currently, most solar cells are made with silicon crystals, a relatively straightforward and effective material to process for this purpose. However, perovskite-based devices offer higher conversion efficiencies than silicon. The only problem: some of the most promising perovskites, namely caesium lead triiodide (CsPbI3), are very unstable at room temperature. Under these conditions, they have a yellow colour, as the atoms in the crystal do not form a perovskite structure. For the crystals to absorb sunlight efficiently and turn it into electricity, they should be in a black, perovskite state - and stay that way.
"Silicon forms a very strong, rigid crystal. If you press on it, it won't change its shape. On the other hand, perovskites are much softer and more malleable," explains Dr. Julian Steele of the KU Leuven Centre for Membrane Separations, Adsorption, Catalysis, and Spectroscopy for Sustainable Solutions (cMACS). "We can stabilize them under various lab conditions, but at room temperature, the black perovskite atoms really want to reshuffle, change structure, and ultimately turn the crystal yellow."
Together with an international team of scientists, Steele discovered that by binding a thin film of perovskite solar cells to a sheet of glass, the cells can obtain and maintain their desired black state. The thin film is heated to a temperature of 330 degrees Celsius, causing the perovskites to expand and adhere to the glass. After heating, the film is rapidly cooled down to room temperature. This process fixates the atoms in the crystals, restricting their movement, so that they stay in the desired black form.
"There are three pillars that determine the quality of solar cells: price, stability, and performance. Perovskites score high on performance and price, but their stability is still a major issue," says Steele. Scientists had already been observing for several years that perovskites can retain their blackness after heating, but it was as of yet unclear why. "In our study, we chose CsPbI3 because its performance is very high," Steel explains. "Additionally, it is one of the most unstable types of perovskites, which means it is sensitive to the method we describe, and should translate to other unstable perovskites."
Much of the data used in the study were collected at the European Synchrotron Radiation Facility. To understand the experimental observations on a molecular scale, colleagues at Ghent University's Center for Molecular Modeling (CMM) supported the finding with theoretical simulations of the black and yellow phases of the perovskites. The computational results were necessary to rationalize why the black phase is stabilized when fixating it as a thin film to a glass substrate.
How the bonding takes place exactly, is still a mystery, though there are hypotheses. "Normally, we would take a microscope with atomic resolution and directly have a look. However, that's impossible with perovskites, as they are hard to observe with such a high-resolution imaging instrument, since they are so soft and prone to falling apart under the relatively high energy of common probes."
"Understanding how this mechanism works will help further research to ultimately develop solar panels that use pure perovskite crystals," Steele says. "Since the entry level for processing perovskite-based solar cells is relatively low, they can be very beneficial for people in developing countries operating in a more limited infrastructure." Additionally, perovskites can be used in LEDs, photoelectric sensors, transistors, x-ray detectors and more.
Source: KU Leuven
Top image: Pixabay