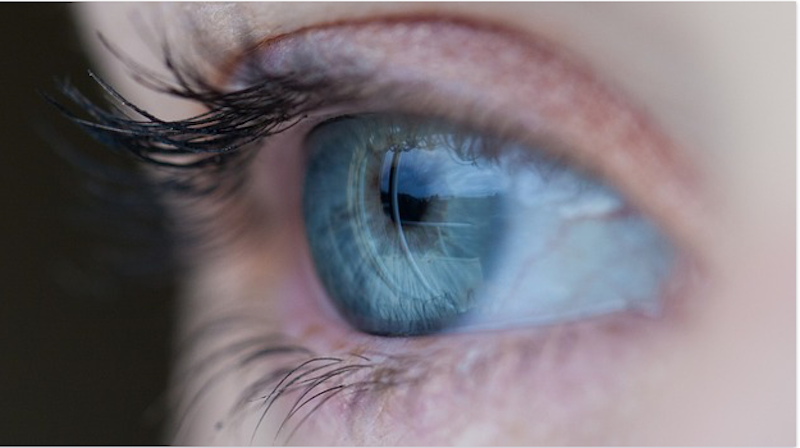 Using electric signals to stimulate tissues is the basis of several medical devices such as pacemakers for the heart or neurostimulators used for patients suffering from epileptic fits. A research team led by Dr. MATSUO toshihiko at Okayama University has developed OURePTM, a photoelectric dye-coupled thin film device that generates electric potential changes when exposed to light. In their latest study, the research team reveals the ability of this device in stimulating degenerated retinal tissues. For more information see the IDTechEx report on Bioelectronic Medicine 2019-2029
OURePTM is generated by placing polyethylene, a polymer, between two aluminum plates. When the polymer is melted, and a high pressure applied subsequently, a fine polyethylene film is created. The film then undergoes a chemical reaction wherein it is coupled to a photoelectric dye.
The researchers first placed the photoelectric dye-coupled film on the electric potential-measuring device and exposed it to flashing light. As expected, waves of electric signals were observed on the film surface when light hit the film. To then test the ability of this film in stimulating nervous tissue, retinal tissues of rats with retinal dystrophy, a retinal degenerative disorder, were procured. When the retinal tissues of healthy rats were brought to close contact with a multielectrode array, a device used to measure electrical signals from biological tissues, and exposed to light, corresponding waves of electric signals were observed. However, no such signals were observed with the dystrophic retinal tissue. The photoelectric dye-coupled film was then placed on top of the dystrophic tissues which resulted in the induction of electric signals in response to bouts of light. A control film, without the photoelectric dye did not induce electric signals in these tissues.
To measure these electric signals more precisely, a nylon mesh was used to keep the dystrophic tissues and the multielectrode array detector in closer contact. This proximity revealed background electric impulses of weak amplitude with the dystrophic retinal tissues alone. In the background of weak amplitude of these signals, light induced remarkable action potential spikes in the dystrophic retinal tissues, in the presence of the photoelectric dye-coupled film. The photoelectric dye-coupled film was thus instrumental in boosting electrical impulses within the degenerated retina.
"The current study provides direct evidence for the ability of the photoelectric dye-coupled polyethylene film to elicit electroretinogram-like response and action potential spikes in degenerative retina," conclude the researchers. Retinitis pigmentosa, is one such condition, wherein photoreceptors of the eye slowly die, leading to blindness. This study revealed the prosthetic value of OURePTM in potentially replacing the lost photosensitivity of these cells. Implanting the device and testing visual enhancement in animals in their preceding studies have already given further insights.
Background
Photoelectric dye: A photoelectric dye is an organic molecule that can absorb light and emit electric signals. The dye thus converts light energy into electrical energy. When these dye molecules are coupled to the surface of biological safe polymers such as polyethylene, they can be implanted onto tissue surfaces and used for their electrical impulse-generating properties to stimulate the surrounding tissues.
Source: Okoyama University
Top image: Pixabay
Learn more at the next leading event on the topic: Healthcare Sensor Innovations USA 2020