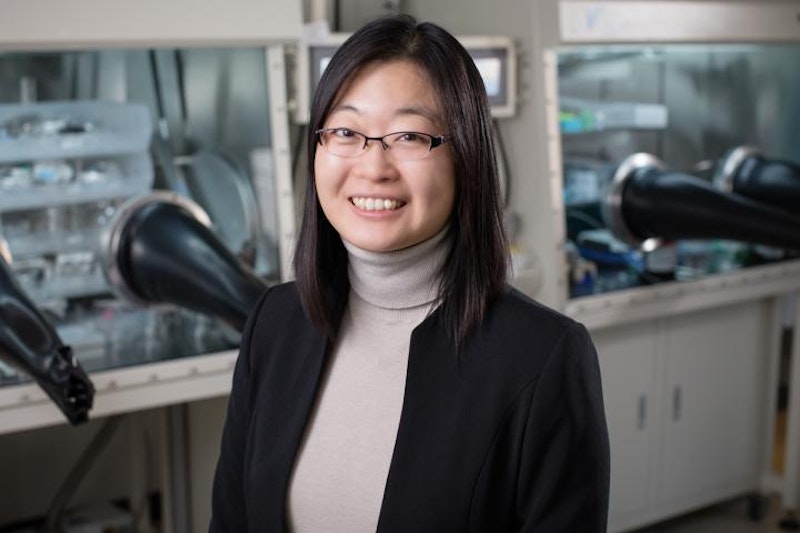 Many potential pharmaceuticals end up failing during clinical trials, but thanks to new research from the University of Illinois, biological molecules once considered for cancer treatment are now being repurposed as organic semiconductors for use in chemical sensors and transistors. The researchers report their findings in the journal Nature Communications. For more information see the IDTechEx report on Printed, Organic and Flexible Electronics 2020-2030: Forecasts, Technologies, Markets.
Organic semiconductors are responsible for things like flexible electronics and transparent solar cells, but researchers are working to expand their use in biomedicine and devices that require interaction between electrically active molecules and biological molecules.
Chemical and biomolecular engineering professor Ying Diao said she was surprised when the two avenues of her research - pharmaceutical development and printable electronics - merged in her lab with the discovery of semiconductorlike features in a well-studied bioactive molecule. The molecule, which inserts itself into DNA to prevent replication, was once explored as a potential anti-cancer agent.
"This convergence of my two research areas was totally unexpected," Diao said. "While examining these pharmaceutical molecules, we noticed that their molecular structures looked much like the organic semiconductors we were working with in the rest of my group."
These molecules, called DNA topoisomerase inhibitors, are flat and contain neatly stacked columns of electrically conductive molecular rings - features that make a good semiconductor. Distinct from a typical semiconductor, these molecular columns are linked together by hydrogen bonds that can move charges from column to column, forming bridges that transform the entire molecular assembly into a semiconductor - something rarely seen before this study, the researchers said.
"These molecules can interact with biological material with high specificity, making them good candidates for use in biosensors," Diao said. "They are also easily printable but will require new solvents because they are chemically different than other organic semiconductors. The fabrication infrastructure is already in place."
The team printed and tested the semiconductors and acknowledge that their efficiency and performance need improvement. Diao said the real excitement regarding this advance will come from the possibility of discovering similar molecules.
"We envision partnering with researchers in machine learning who can train computers to spot the unique characteristics of these molecules," Diao said. "They can mine the vast pharmaceutical databases available today in search of molecules with similar, or maybe even better semiconducting properties."
Source and top image: University of Illinois at Urbana Champaign