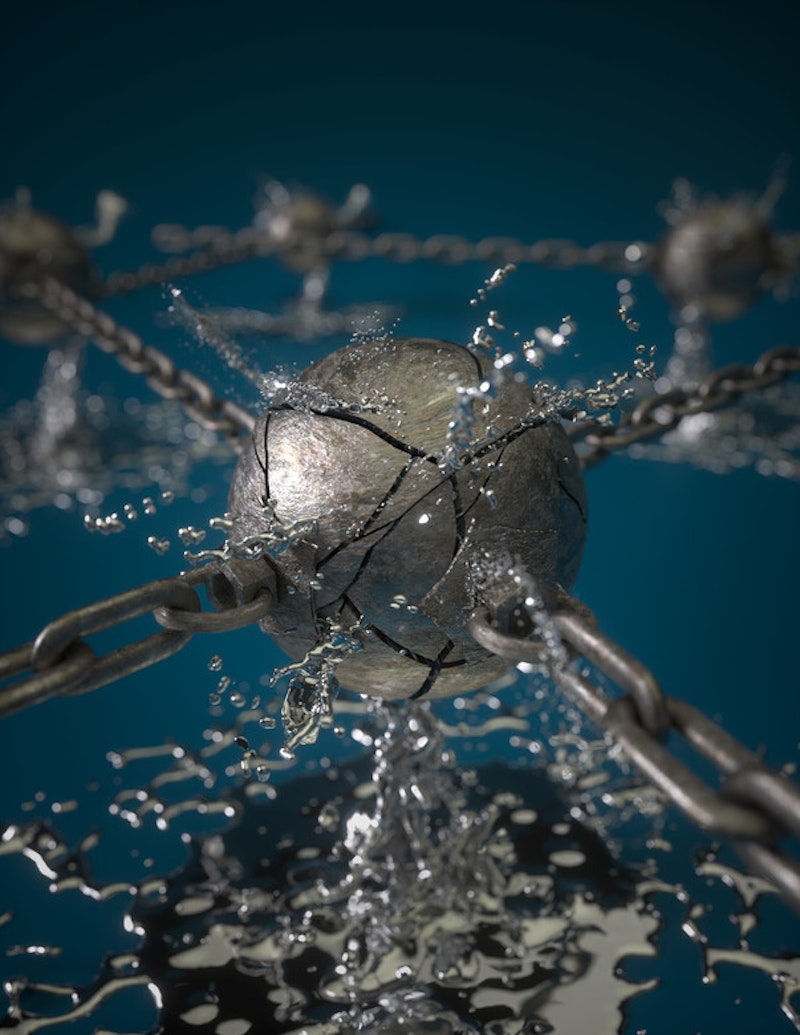 The Air Force Research Laboratory has developed liquid metal systems which autonomously change structure so that they become better conductors in response to strain. Conductive materials change their properties as they are strained or stretched. Typically, electrical conductivity decreases and resistance increases with stretching. For more information see the IDTechEx report on Printed, Organic and Flexible Electronics 2020-2030: Forecasts, Technologies, Markets.
The material recently developed by AFRL scientists, called Polymerized Liquid Metal Networks, does just the opposite. These liquid-metal networks can be strained up to 700%, autonomously respond to that strain to keep the resistance between those two states virtually the same and still return to their original state. It is all due to the self-organized nanostructure within the material that performs these responses automatically.
"This response to stretching is the exact opposite of what you would expect," said Dr. Christopher Tabor, AFRL lead research scientist on the project. "Typically a material will increase in resistance as it is stretched simply because the current has to pass through more material. Experimenting with these liquid-metal systems and seeing the opposite response was completely unexpected and frankly unbelievable until we understood what was going on."
Wires maintaining their properties under these different kinds of mechanical conditions have many applications, such as next-generation wearable electronics. For instance, the material could be integrated into a long-sleeve garment and used for transferring power through the shirt and across the body in a way that bending an elbow or rotating a shoulder won't change the power transferred.
AFRL researchers also evaluated the material's heating properties in a form factor resembling a heated glove. They measured thermal response with sustained finger movement and retained a nearly constant temperature with a constant applied voltage, unlike current state-of-the-art stretchable heaters that lose substantial thermal power generation when strained due to the resistance changes.
This project started within the last year and was developed in AFRL with fundamental research dollars from the Air Force Office of Scientific Research. It is currently being explored for further development in partnership with both private companies and universities. Working with companies on cooperative research is beneficial because they take early systems that function well in the lab and optimize them for potential scale up. In this case, they will enable integration of these materials into textiles that can serve to monitor and augment human performance.
The researchers start with individual particles of liquid metal enclosed in a shell, which resembles a water balloon. Each particle is then chemically tethered to the next one through a polymerization process, akin to adding links into a chain; in that way, all of the particles are connected to each other.
As the connected liquid metal particles are strained, the particles tear open and liquid metal spills out. Connections form to give the system both conductivity and inherent stretchability. During each stretching cycle after the first, the conductivity increases and returns back to normal. To top it off, there is no detection of fatigue after 10,000 cycles.
"The discovery of Polymerized Liquid Metal Networks is ideal for stretchable power delivery, sensing and circuitry," said Capt. Carl Thrasher, AFRL Materials and Manufacturing Directorate research chemist and lead author on the journal article. "Human interfacing systems will be able to operate continuously, weigh less and deliver more power with this technology."
"We think this is really exciting for a multitude of applications," he added. "This is something that isn't available on the market today so we are really excited to introduce this to the world and spread the word."
Source and top image: air Force Research Laboratory