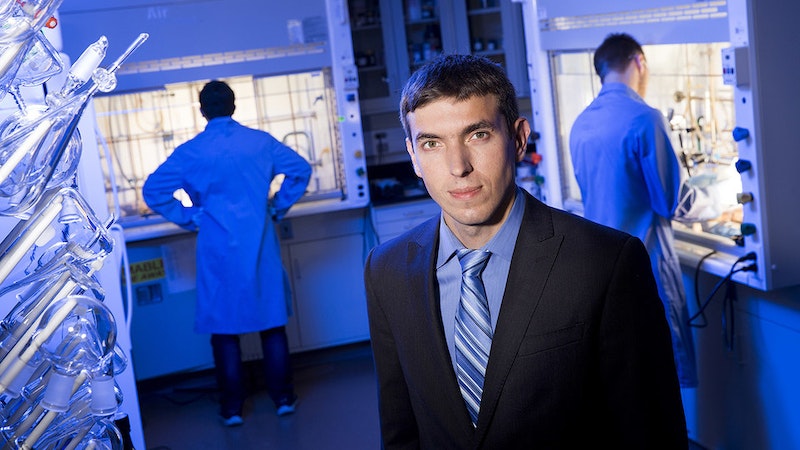 Graphene is a groundbreaking material in the nanotechnology field, but it has characteristics that limit its potential applications. A research team is investigating ways to incorporate DNA nanotechnology as a construction tool to assemble graphene in new ways that could make the material more useful in electronic devices, among other applications. For more information see the IDTechEx report on Graphene, 2D Materials and Carbon Nanotubes: Markets, Technologies and Opportunities 2019-2029.
A three-year, $4.5 million grant from the U.S. Department of Defense's Office of Naval Research will fund the interdisciplinary, multi-institution research project led by the University of Nebraska-Lincoln. The team's work lays the groundwork for a potential five-year project that could be eligible for additional funding. The work will "bring together two very exciting and different fields of nanotechnology," said Alexander Sinitskii, associate professor of chemistry and leader of the research team.
Those fields are graphene nanoribbons and DNA nanotechnology.
The single-atomic-layer graphene is the thinnest and strongest form of carbon. Its two-dimensional structure is made of carbon atoms arranged in a honeycomb pattern. Graphene is an excellent conductor of electricity and heat, almost completely transparent but also so dense nothing can pass through it. Since its discovery earlier this century, graphene has been the subject of great interest from the physics, chemistry and materials-science fields. Its properties have paved the way to applications in transparent conductive films, electronic and opto-electronic devices, actuators, sensors, composites and more. Graphene's discovery led to a Nobel Prize in 2010.
Sinitskii has been working with graphene for several years. Among his research's advancements was an approach his team devised to create atomically precise graphene nanoribbons: narrow strips of graphene that are only a few carbon atoms wide. Because of their miniscule size and highly tunable electronic properties, these ribbons are often viewed as promising building blocks of miniature electronic devices of the future. However, while graphene nanoribbons are nearly endlessly functional, they're difficult to assemble into the required electronic circuits. Enter DNA technology to create artificial structures that mimic the cellular building block. It is used to assemble structures because it's highly controllable and compatible with other materials, including graphene.
By combining DNA nanotechnology with graphene ribbons, the scientists on this team believe they can assemble more useful graphene-based electronics.
When people think of DNA, most conjure up that image of the familiar double helix from their high school science classes. However, artificial DNA strands created by scientists can fold into any pre-programmed shape. They've even been formed into a microscopic map of the world and a tiny game of tic-tac-toe played on a DNA board. Beyond such whimsy, known as "DNA origami," DNA now is being used to build nanoscale devices that are opening up a new era in biomedical research and materials science. The field of creating artificial DNA structures for technological uses, known as DNA nanotechnology, was pioneered in the 1980s by chemist Ned Seeman of New York University, who is one of Sinitskii's collaborators in this research.
"Nature is remarkable in making incredibly complex structures with high precision," Sinitskii said. "Consider a DNA double helix, a very complex structure that encodes genetic information and is formed via specially designed chemical interactions. We are trying to employ the same chemical interactions to produce complex structures from graphene nanoribbons. We know how to make graphene nanoribbons, and now we want to employ DNA nanotechnology to assemble them into functional electronic structures for device applications."
Hybrids consisting of graphene electronics assembled with DNA technology could help meet the increasing need for ever-smaller electronic components, which could be useful in a variety of electronic devices, said Sinitskii, who is part of the Nebraska Center for Materials and Nanoscience.
Bob Wilhelm, vice chancellor of research and economic development, said this project is a natural extension of Sinitskii's earlier work with graphene. "We continue to be a leader in the nanotechnology and materials-science field, and Alex's team will develop even more exciting ways to apply this science in the future," Wilhelm said.
In addition to Seeman, Sinitskii's other collaborators are from the University of Chicago, University of California, Berkeley, and University of Illinois at Urbana-Champaign.
Source and top image: University of Nebraska-Lincoln