Women in STEM Discussion at the IDTechEx Show! USA 2019 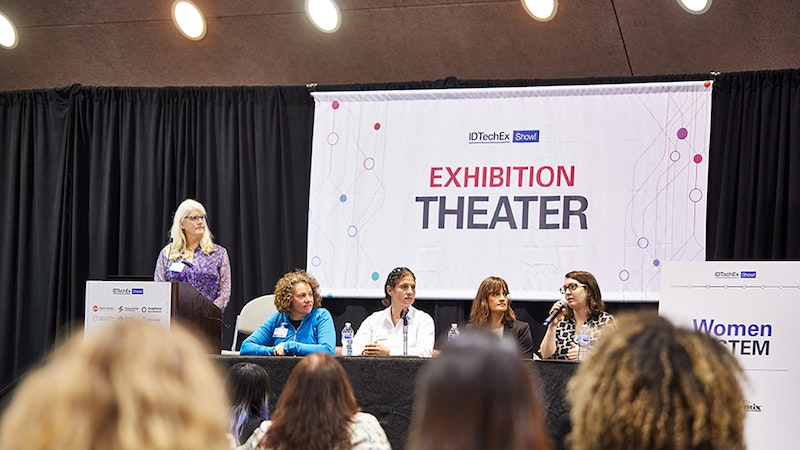 In 2018, the WISE campaign workforce statistics showed that in the UK, 22% of the core STEM workforcei were women, and 12% of engineering professionals were women. In 2017, UNESCO wrote a report which discussed the under representation of women in STEM fields. With such a small proportion of the workforce, there are few female role models1 to inspire future generations. At the IDTechEx Show! in Santa Clara 2019, a panel discussion for women in STEM aimed to shed light on some of the experiences of women in STEM workplaces. The discussion was sponsored by Novacentrix.
The panel discussed a variety of topics such as why there is a strong business case for increasing inclusion, and personal anecdotes working in disproportionately gendered fields. The four members of the panel were:
Some of topics included representation in the workplace, maternity leave, mentoring, and navigating a male dominated workplace. On the topic of representation, the panel and audience noted that people, of any gender, tend to not enter an area in which they cannot "see themselves". Hence, one of the reasons that some women are more likely to enter particular STEM fields over others is due a catch-22 of women only seeing other women in one field, and then entering these few fields. Panel members and audience members both told anecdotes of difficult workplace environments due to them being the first, or only women in that field.
"According to Eurostat.......Even in scientific fields where the majority of students are female, there is a still gender disparity at the top of the career ladder; evidence from the Society of Biology found that "in 2011/2012, 61% of bioscience postgraduate students were female while only 15% of professors were female". " - UK House of Lords Library Briefing, International Day of Women and Girls in Science: 11 February 2019
Networking and mentoring schemes (such as those by WISE or Women of Wearables for example) are two ways in which younger women can be initially encouraged to take up and remain in a STEM career. It is schemes such as these which allow younger women to see role models in a wide variety of industries and can encourage women to continue STEM careers and discuss different career options. Most of the panel and audience could identify a role model who helped them and encouraged them in their STEM field, and were excited for the opportunity to "pay it forward" to future employees in their own workplaces.
By encouraging more women to study in STEM fields and work in STEM industries, they will be the role models for the future, and the workforce will steadily become more diverse and more inclusive for all. However, this current lack of representation can dissuade women to take up a STEM career. It is noted by Kirsten Bodley, CEO of WeS, in an article on the women in STEM website2 - "Sadly many female candidates are deterred from entering the profession, because they can't see themselves represented in it."
Even when women join STEM fields, only 30% of the board members are women, and only 9% are in executive roles on these boards in 2018 3. So why are women not reaching these high levels? It will take time for the trickle-down effect for women to reach the board levels, but one other topic raised was that of childcare, and how historically women have had to take a career break or stop their career in order to look after their children.
"It's not for lack of enthusiasm or passion. Of those women surveyed, 80% say they love their work, yet many still report barriers to getting to the top." - Fast Company, October 2014
In many industries, if women take a career break to have or raise children, if they wish to return to work, they can encounter barriers. For example, a lack of maternity or paternity leave can force a parent to stop working to care for a child. Many companies are beginning to address the disparity of maternity and paternity leave, and by encouraging fathers to also take time with their children, this can provide women an opportunity to return to work at their own pace, potentially earlier than historically seen. By doing so, women do not automatically become the sole caregiver, and are provided with the option of returning to work as their partner can care for the child. Hence, they can continue their career and rise through to reach the highest positions in the company.
By providing this space for a healthy discussion on women in STEM fields at such a large technology event, WISE provides companies points to identify how they can grow and support their employees in STEM areas, and continue to be inclusive for all.
The next IDTechEx Show! will be in Berlin on the 13th-14th May 2020. Seven concurrent conference tracks and an exhibition will cover materials, manufacturing and components relating to: Energy Storage, Graphene & 2D Materials, Printed Electronics and sensors. It will also highlight industry applications too such as: Electric Vehicles, Healthcare, Internet of Things and Wearables. This show will also have a Women in STEM panel!
Please visit www.IDTechEx.com/Europe to find out more.
Learn more at the next leading event on the topic: Printed Electronics Europe 2020 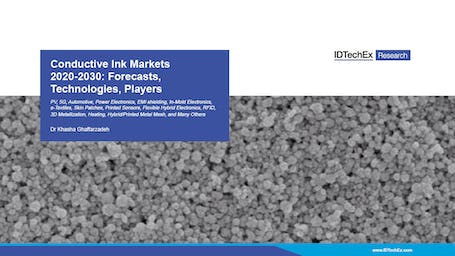