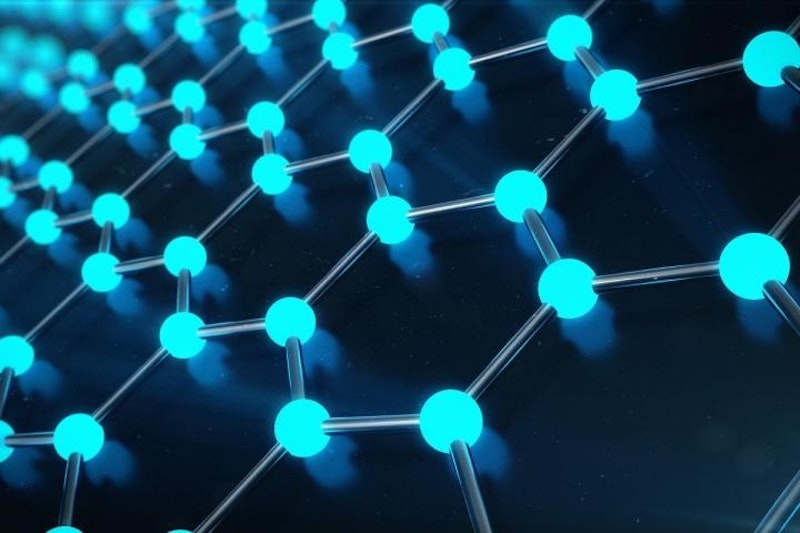 Physicists from the Moscow Institute of Physics and Technology and the Institute for High Pressure Physics of the Russian Academy of Sciences have used computer modeling to refine the melting curve of graphite that has been studied for over 100 years, with inconsistent findings. They also found that graphene "melting" is in fact sublimation. The results of the study came out in the journal Carbon. For more information see the IDTechEx report on Graphene, 2D Materials and Carbon Nanotubes: Markets, Technologies and Opportunities 2019-2029.
Graphite is a material widely used in various industries -- for example in heat shields for spacecraft -- so accurate data on its behavior at ultrahigh temperatures is of paramount importance. Graphite melting has been studied since the early 20th century. About 100 experiments have placed the graphite melting point at various temperatures between 3,000 and 7,000 kelvins. With a spread so large, it is unclear which number is true and can be considered the actual melting point of graphite. The values returned by different computer models are also at variance with each other.
A team of physicists from MIPT and HPPI RAS compared several computer models to try and find the matching predictions. Yuri Fomin and Vadim Brazhkin used two methods: classical molecular dynamics and ab initio molecular dynamics. The latter accounts for quantum mechanical effects, making it more accurate. The downside is that it only deals with interactions between a small number of atoms on short time scales. The researchers compared the obtained results with prior experimental and theoretical data.
Fomin and Brazhkin found the existing models to be highly inaccurate. But it turned out that comparing the results produced by different theoretical models and finding overlaps can provide an explanation for the experimental data.
As far back as 1960s, the graphite melting curve was predicted to have a maximum. Its existence points to complex liquid behavior, meaning that the structure of the liquid rapidly changes on heating or densification. The discovery of the maximum was heavily disputed, with a number of studies confirming and challenging it over and over. Fomin and Brazhkin's results show that the liquid carbon structure undergoes changes above the melting curve of graphene. The maximum therefore has to exist.
The second part of the study is dedicated to studying the melting of graphene. No graphene melting experiments have been conducted. Previously, computer models predicted the melting point of graphene at 4,500 or 4,900 K. Two-dimensional carbon was therefore considered to have the highest melting point in the world.
"In our study, we observed a strange 'melting' behavior of graphene, which formed linear chains. We showed that what happens is it transitions from a solid directly into a gaseous state. This process is called sublimation," commented Associate Professor Yuri Fomin of the Department of General Physics, MIPT. The findings enable a better understanding of phase transitions in low-dimensional materials, which are considered an important component of many technologies currently in development, in fields from electronics to medicine.
The researchers produced a more precise and unified description of how the graphite melting curve behaves, confirming a gradual structural transition in liquid carbon. Their calculations show that the melting temperature of graphene in an argon atmosphere is close to the melting temperature of graphite.
Source and top image: Moscow Institute of Physics and Technology

Unmasking the Magic of Superconductivity in Twisted Graphene
Monitoring Glucose Levels, No Needles Required
UK National Highways Will be Trialling the Use of Graphene
Graphene Made with Lasers for Wearable Health Devices