A Thermometer can be Stretched and Crumpled by Water 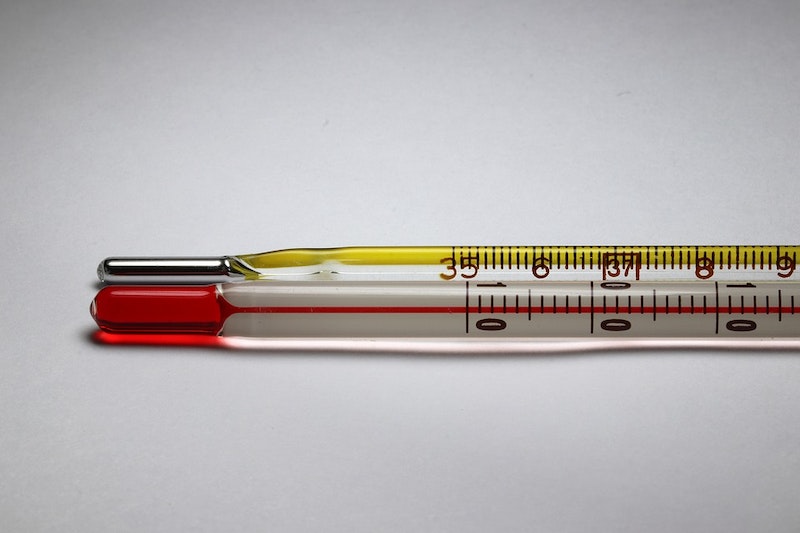 Recent outbreaks of the novel coronavirus have emphasized the importance of quarantine and prevention more than ever. When monitoring changes in our body, body temperature is first measured. So, it is very significant to measure the temperature accurately and promptly. With this regard, a research team recently developed a stretchable and crumpling polymer ionic conductor to realize a thermal sensor that could measure body temperature by simple contacts such as wearing clothes or shaking hands and an actuator that could control movements of artificial muscle.
Prof. Taiho Park and his student, Junwoo Lee from POSTECH Department of Chemical Engineering developed a thermally stable and flexible ionic conductor by using water solvent on a joint research with Nanyang Technological University for the first time. Their research accomplishment was published in the latest issue of the online version of Advanced Materials, the most renowned journal in the field of materials science. For more information see the IDTechEx report on Printed, Organic and Flexible Electronics 2020-2030: Forecasts, Technologies, Markets.
Various materials for ionic conductors have been developed, however, with limitations to overcome. A semiconductor device used in most of the electronic devices has a problem with diminished electronic performances due to mechanical stress when it is stretched or contracted. Also, a rubber with nano-silver particle requires a difficult process and is not transparent. Hydrogel ions are easily dried out and lose their flexibility.
To solve these problems, the research team designed a P (SPMA-r-MMA) polymers with different ratios of ionic side chain and chemically linked ionic materials with polymer chains. When making an ionic conductor, it is critical to have a solution process at room temperature. So, the newly developed polymer ionic conductor was processed with water as a solvent and covered with thin film. The process was much simpler than the conventional ones and it did not use toxic solvent and could be mass-produced.
The chemically linked ionic conductor was thermally stable and stretchable. Also, it was self-healable that could recover its structures when it was ripped or broken. The research team used this ionic conductor to realize an actuator thermally stable up to 100°C and a flexible thermal sensor applicable to a body for the first time.
Junwoo Lee who performed the research said, "This is the first example of developing a polymer ionic conductor, which is used in a next-generation stretchable device, by facilitating a water solvent instead of a toxic chemical solvent. The polymer ionic conductor that we developed this time is stretchable, self-healable and thermally stable. For this reason, we anticipate that our research will impact greatly on the stretchable wearable electronic device industry."
Source: Pohang University of Science & Technology (POSTECH)
Top image: Pixabay
Learn more at the next leading event on the topic: Printed Electronics Europe 2020