Amerigon designs, develops and markets products based on efficient thermoelectric device technologies, and Amerigon subsidiary, BSST is advancing the use of thermoelectrics in the area of power generation. Used in reverse, thermoelectric (TE) can generate power by converting thermal energy, such as the waste heat from an automobile exhaust, into an electrical current. In thermoelectric heating, cooling and power generation applications, traditionally designed TE devices suffer from low efficiency, predictive performance based on computer modelling and require the use of too much TE material to make them practical for large scale applications. BSST's research and development efforts provide improvements through accurate computer modelling, innovative design and integration of TE materials with substrates and heat exchangers. 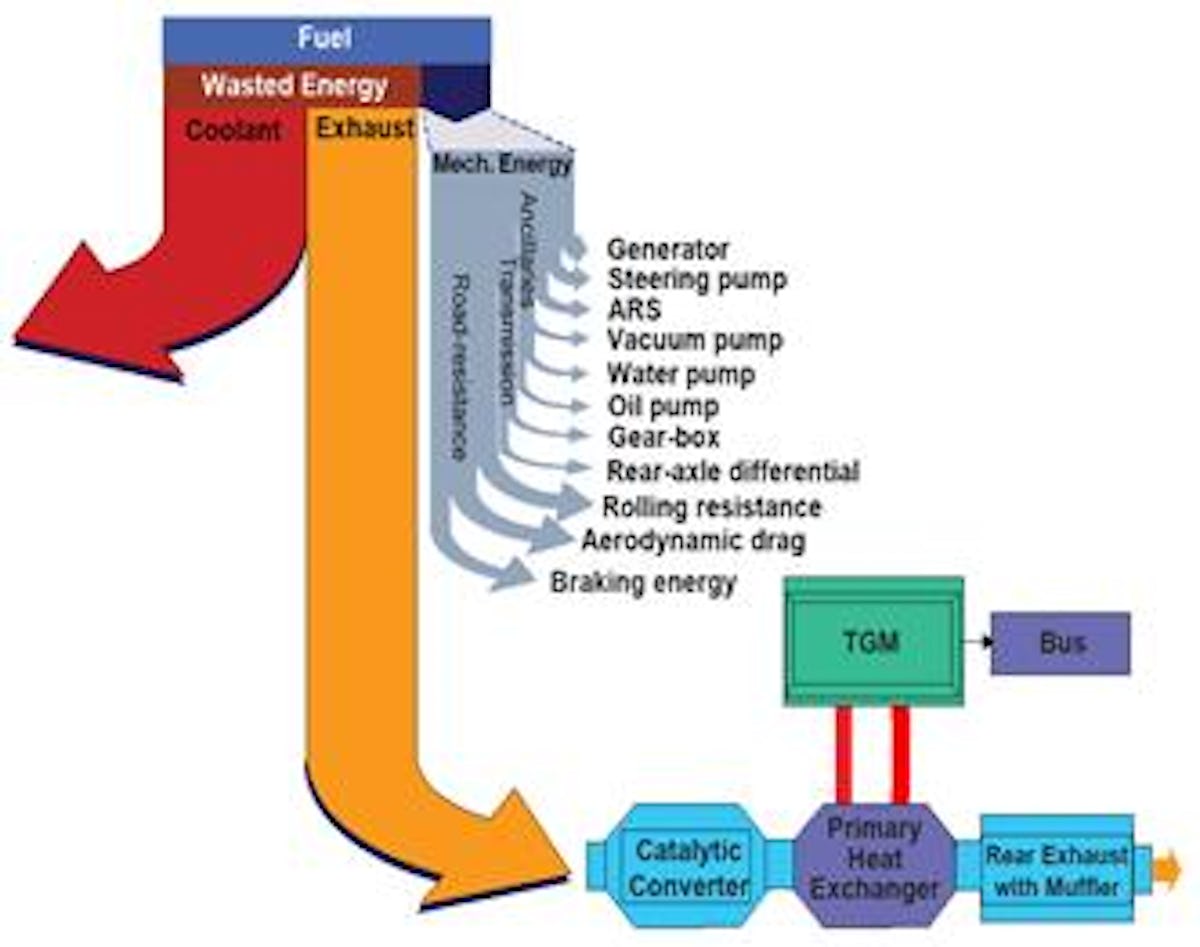 Source: Amerigon
BSST is currently involved in a number of private and public sector thermoelectric power generation projects, including two primary power generation projects with the U.S. Navy and one U.S. Army project exploring the use of thermoelectrics to improve the efficiency of stationary Solid Oxide Fuel Cells (SOFC 's) generating 500 watts or less while not increasing weight or size.

Source: BSST
Automotive Waste Heat Recovery
Some experts argue that only about 25 percent of the energy produced by a typical gasoline engine is used to move a car or power its accessories, and nearly 60 percent is lost through waste heat. A thermoelectric device can capture some of this waste heat, and convert it to electricity.
BSST began developing high efficiency Thermoelectric Waste Energy Recovery Systems for passenger vehicle applications in November 2004 under a contract awarded by the U.S. Department of Energy Freedom Car Office.
The goal of the effort is to reduce fuel consumption by converting exhaust gasses into electricity using a Thermoelectric Generator Module (TGM). The electric power that is harvested from the waste heat would replace a significant portion of the electric power that is produced by a vehicle's alternator. BSST's TGM design and development are supported by contributions from BMW and Visteon in the areas of system simulation and subsystem hardware development.
In 2005 (Phase 1), the BSST team created a system architecture and established subsystem designs that were modelled in a bumper-to-bumper performance simulation that showed up to 12% fuel economy improvement.
In Phase 2, completed in January 2007, key subsystem components; including a Primary Heat Exchanger, Thermoelectric Generator Module, and Power Control System, were built and tested. Additionally, a more refined vehicle system model was developed by BMW.
In Phase 3, the subsystems will be integrated and operated on a test bench, using a simulated source of hot gas, as a final developmental step preceding engine integration.
Source: Amerigon
Top image source: Wikimedia
For more read : Energy Harvesting and Storage for Electronic Devices 2009-2019
and attend Energy Harvesting & Storage Europe and Wireless Sensor Networks & RTLS Summit 2010