New Material Could Turn Clothing into a Health Monitor 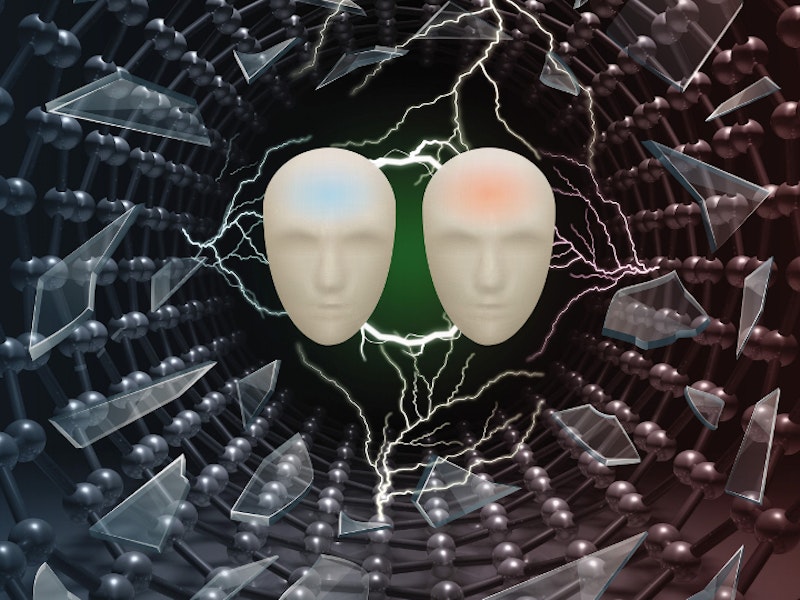 Researchers are reporting a new material, pliable enough to be woven into fabric but imbued with sensing capabilities that could serve as an early warning system for injury or illness. For more information see the IDTechEx report on E-Textiles 2019-2029: Technologies, Markets and Players.
The material, described in a paper published by ACS Applied Nano Materials, involves the use of carbon nanotubes and is capable of sensing slight changes in body temperature while maintaining a pliable disordered structure - as opposed to a rigid crystalline structure - making it a good candidate for reusable or disposable wearable human body temperature sensors. Changes in body heat change the electrical resistance, alerting someone monitoring that change to the potential need for intervention.
"Your body can tell you something is wrong before it becomes obvious," said Seamus Curran, a physics professor at the University of Houston and co-author on the paper. Possible applications range from detecting dehydration in an ultra-marathoner to the beginnings of a pressure sore in a nursing home patient.
The researchers said it is also cost-effective because the raw materials required are used in relatively low concentrations.
The discovery builds on work Curran and fellow researchers Kang-Shyang Liao and Alexander J. Wang began nearly a decade ago, when they developed a hydrophobic nanocoating for cloth, which they envisioned as a protective coating for clothing, carpeting and other fiber-based materials.
The material, created using poly(octadecyl acrylate)-grafted multiwalled carbon nanotubes, is technically known as a nanocarbon-based disordered, conductive, polymeric nanocomposite, or DCPN, a class of materials increasingly used in materials science. But most DCPN materials are poor electroconductors, making them unsuitable for use in wearable technologies that require the material to detect slight changes in temperature.
The new material was produced using a technique called RAFT-polymerization, Wang said, a critical step that allows the attached polymer to be electronically and phononically coupled with the multiwalled carbon nanotube through covalent bonding. As such, subtle structural arrangements associated with the glass transition temperature of the system are electronically amplified to produce the exceptionally large electronic responses reported in the paper, without the negatives associated with solid-liquid phase transitions. The subtle structural changes associated with glass transition processes are ordinarily too small to produce large enough electronic responses.
Source and top image: University of Houston