The Ink of the Future in Printed Electronics 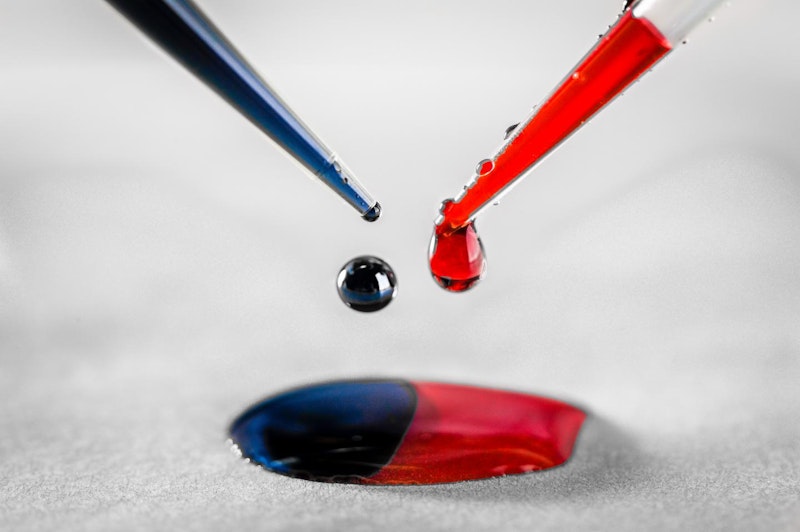 A research group led by Simone Fabiano at the Laboratory of Organic Electronics, Linköping University, has created an organic material with superb conductivity that doesn't need to be doped. They have achieved this by mixing two polymers with different properties.
In order to increase the conductivity of polymers, and in this way obtain higher efficiency in organic solar cells, light-emitting diodes and other bioelectronic applications, researchers have until now doped the material with various substances. Typically, this is done by either removing an electron or donating it to the semiconductor material with a dopant molecule, a strategy that increases the number of charges and thereby the conductivity of the material. For more information see the IDTechEx report on Conductive Ink Markets 2019-2029: Forecasts, Technologies, Players.
"We normally dope our organic polymers to improve their conductivity and the device performance. The process is stable for a while, but the material degenerates and the substances we use as doping agents can eventually leach out. This is something that we want to avoid at any cost in, for example, bioelectronic applications, where the organic electronic components can give huge benefits in wearable electronics and as implants in the body," says Associate Professor Simone Fabiano, head of the Organic Nanoelectronics group within the Laboratory of Organic Electronics at Linköping University.
The research group, with scientists from five countries, has now succeeded in combining the two polymers, producing a conducting ink that does not require any doping to conduct electricity. The energy levels of the two materials perfectly match, such that charges are spontaneously transferred from one polymer to the other. The results have been published in Nature Materials.
"The phenomenon of spontaneous charge transfer has been demonstrated before, but only for single crystals on a laboratory scale. No one has shown anything that could be used at an industrial scale. Polymers consist of large and stable molecules that are easy to deposit from solution, and that's why they are well suited for large-scale use as ink in printed electronics," says Simone Fabiano.
Polymers are simple and relatively cheap materials, and are commercially available. No foreign substances leach out from the new polymer mixture. It remains stable for a long time and withstands high temperatures. These properties are important for energy harvesting/storage devices as well as wearable electronics.
"Since they are free of doping agents, they are stable over time and can be used in demanding applications. The discovery of this phenomenon opens completely new possibilities for improving the performance of light-emitting diodes and solar cells. This is also the case for other thermoelectric applications, and not least for research within wearable and close-body electronics," says Simone Fabiano.
"We have involved scientists at Linköping University and Chalmers University of Technology, and experts in the US, Germany, Japan, and China. It has been a really great experience to lead this work, which is a large and important step in the field," he says.
Principal funding for the research has come from the Swedish Research Council and the Wallenberg Wood Science Center. It has also been conducted within the framework for the strategic initiative in advanced functional materials, AFM, at Linköping University.
"Fundamentally, doping in conducting polymers, generating high electrical conductivity, has so far only been achieved by combining a non-conducting dopant with a conducting polymer. Now, for the first time, the combination of two conducting polymers renders a composite system that is highly stable and highly conducting. This discovery defines a major new chapter in the field of conducting polymers, and will spark many novel applications and interest world-wide," says professor Magnus Berggren, director of Laboratory of Organic Electronics at Linköping University.
Source and top image: Linkoping University