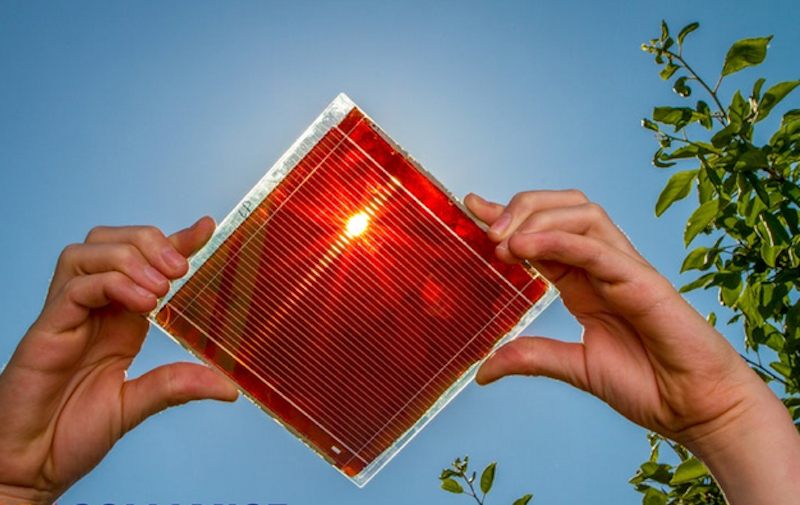 Perovskite solar cells have developed quickly in the past decade. But like silicon solar cells, the efficiency of perovskite solar cells is highly dependent upon the quality of the perovskite layer, which is related to its crystallinity.
Unfortunately, the aging process of the perovskite solution used to fabricate solar cells makes the solution unstable, thus leading to poor efficiency and poor reproducibility of the devices. Reactants and preparation conditions also contribute to poor quality.
To combat these problems, a research team from the Qingdao Institute of Bioenergy and Bioprocess Technology of the Chinese Academy of Sciences has proposed a new understanding of the aging process of perovskite solution and also found a way to avoid side reactions. The study was published in Chem on Mar. 17, with the title of "Perovskite solution aging: What happened and how to inhibit?". for further information see the IDTechEx report on Perovskite Photovoltaics 2018-2028.
Prof Pang Shuping, corresponding author of the paper, said "an in-depth understanding of fundamental solution chemistry" had not kept up with rapid efficiency improvements in perovskite solar cells, even though such cells have been studied for 10 years. "Normally, we need high temperature and a long time to fully dissolve the reactants, but some side reactions can happen simultaneously," said Prof Pang. "Fortunately, we have found a way to inhibit them."
Achieving a highly stable perovskite solution is especially important in commercializing perovskite solar cells, since it will be easier to make devices with high consistency, said Prof Pang.
WANG Xiao, an associate professor at Qingdao Institute of Bioenergy and Bioprocess Technology and the first author of the paper, said side condensation reactions happen when methylammonium iodide and formamidinium iodide coexist in the solution. They represent the main side reactions in aging perovskite solution, although other side reactions between solute and solvent can occur at very high temperature.
FAN Yingping, a graduate student at the Qingdao University of Science and Technology and the co-first author of the paper, studied many methods for stopping unwanted side reactions, but finally found that the stabilizer triethyl borate, with low boiling point, was very effective. FAN also noted that it's a "clean" stabilizer, because it can be fully removed from the film during the following thermal annealing treatment.
With this new stabilizer, the reproducibility of the perovskite solar cells has improved greatly. "Now, we don't need to make fresh solutions every time before we make devices," said Prof. CUI Guanglei from QIBEBT, who noted that the finding is "very important" for the fabrication of perovskite modules.
Source: Chinese Academy of Sciences
Top image: Solliance