A recent study reveals that thermocells based on carbon nanotube electrodes might eventually be used for generating electrical energy from heat discarded by chemical plants, automobiles and solar cell farms. For example, the heat passing through a vehicle's exhaust could be tapped to generate power, using "cuffs" made from the new carbon-nanotube-based material. Dr. Ray Baughman, director of the Alan G. MacDiarmid NanoTech Institute, collaborated with an international team of researchers from U.S., Australia, China, India and the Philippines on the findings.
Efficiently harvesting the thermal energy currently wasted in industrial plants or along pipelines could create local sources of clean energy. The new thermocells use nanotube electrodes that provide a threefold increase in energy conversion efficiency over conventional electrodes.
One of the demonstrated thermocells looks just like the button cell batteries used in watches, calculators and other small electronics but these new thermocells can continuously generate electricity, instead of running down like a battery. The research netted other thermocells, as well, including electrolyte-filled, textile-separated nanotube sheets that can be wrapped around pipes carrying hot waste streams in manufacturing or electrical power plants. The temperature difference between the pipe and its surroundings produces an electrochemical potential difference between the carbon nanotube sheets, which thermocells utilize to generate electricity. 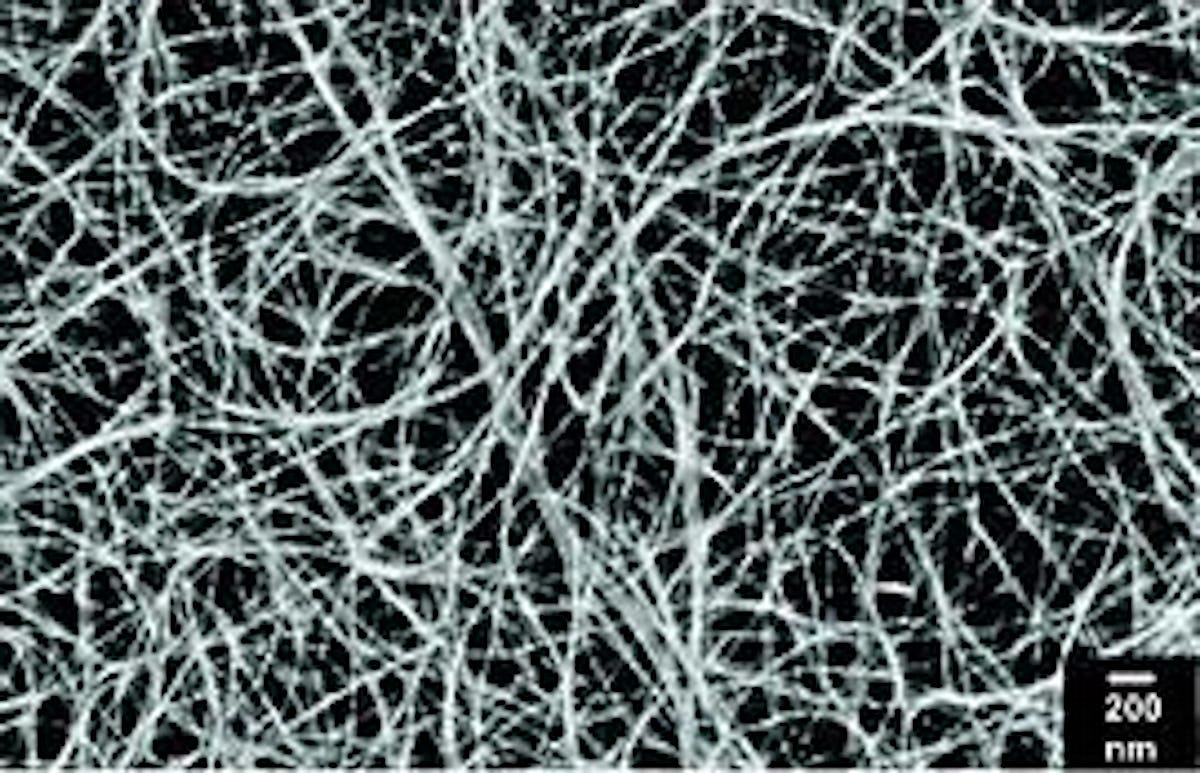 A view from an electron microscope shows the multiwalled carbon nanotube "buckypaper" used in the new thermocells
Dr Baughman said "We have long been the Energy State, because Texas has oil and gas in the ground and Texans have invented key technologies for bringing them to the surface. But, being the Energy State in the future must increasingly include discovering new means for extracting all forms of energy. Harvesting waste thermal energy is just one direction our NanoTech Institute has taken with our international team to help provide an energy enabled future for Texas and the world."
The research team estimates that multi-walled carbon nanotubes in large thermocells could eventually produce power at a cost of about $2.76 per watt from freely available waste energy, compared with a cost of $4.31 per watt for solar cells, which can only be used when the sun is shining. On a smaller scale, button cell sized thermocells could be used to power sensors or electronic circuits.
The new thermocells take advantage of the exceptional electronic, mechanical, thermal and chemical properties of carbon nanotubes. The nanotubes' giant surface area and unique electronic structure afforded by their small diameter and nearly one-dimensional structure offer high current densities, which enhance the output of electrical power and the efficiency of energy harvesting.
Source and images: University of Texas at Dallas
Top image: Dr Ray Baughman
For more read : Energy Harvesting and Storage for Electronic Devices 2009-2019
and attend Energy Harvesting & Storage Europe and Wireless Sensor Networks & RTLS Summit 2010