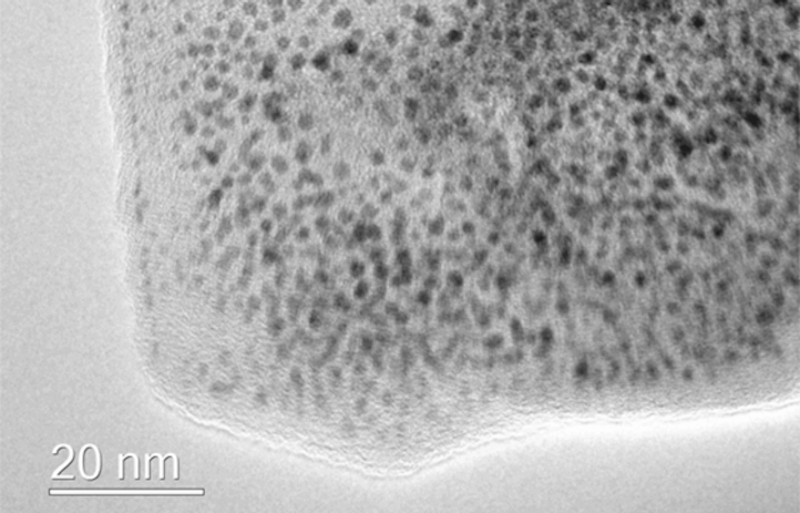 New research, involving scientists at Queen Mary University of London, suggests that graphene could be used to make more durable hydrogen fuel cells for cars. Nanoscale, researchers produced graphene via a special, scalable technique and used it to develop hydrogen fuel cell catalysts. They showed that this new type of graphene-based catalyst was more durable than commercially available catalysts and matched their performance.
Hydrogen fuel cells convert chemical energy into electrical power by combining hydrogen and oxygen with the aid of catalysts. As the only by-product of the reaction is water, they provide an efficient and environmentally friendly power source. For further information see the IDTechEx report on Graphene, 2D Materials and Carbon Nanotubes: Markets, Technologies and Opportunities 2019-2029.
Platinum is the most widely used catalyst for these fuel cells, but its high cost is a big problem for the commercialisation of hydrogen fuel cells. To address this issue, commercial catalysts are typically made by decorating tiny nanoparticles of platinum onto a cheaper carbon support, however the poor durability of the material greatly reduces the lifetime of current fuel cells.
Previous research has suggested graphene could be an ideal support material for fuel cells due to its corrosion resistance, high surface area and high conductivity. However, the graphene used in the majority of experiments to-date contains many defects, meaning that the predicted improved resistance has not yet been achieved. The technique described in the study produces high-quality graphene decorated with platinum nanoparticles in a one-pot synthesis. This process could be scaled up for mass production, opening up the use of graphene-based catalysts for widespread energy applications.
Improved durability
The researchers confirmed the durability of the graphene-based catalyst using a type of test based on those recommended by the US Department of Energy (DoE), known as accelerated stress tests. Using these tests, the scientists showed that loss in activity over the same testing period was around 30 per cent lower in the newly developed graphene-based catalyst, compared with commercial catalysts.
Gyen Ming Angel, PhD student and first author of the study, from University College London (UCL), said: "The DoE sets tests and targets for fuel cell durability, with one accelerated stress test to simulate normal operating conditions and one to simulate the high voltages experienced when starting up and shutting down the fuel cell. Most research studies in the graphene space only evaluate using one of the recommended tests. However, since we have high-quality graphene in our material, we have managed to achieve high durability in both tests and under long testing periods, which is important for the future commercialisation of these materials. We look forward to incorporating our new catalyst into commercial technology and realising the advantages of longer-life fuel cells."
Professor Dan Brett, Professor of Electrochemical Engineering at UCL, said: "Satisfying global energy demands without damaging the environment is one of the great modern challenges. Hydrogen fuel cells can provide cleaner energy and are already used in some cars as an alternative to petrol or diesel. However, a big barrier to their widespread commercialisation is the ability for catalysts to withstand extensive cycling required for their use in energy applications. We've shown that by using graphene instead of the typical amorphous carbon as a support material we can create ultra-durable catalysts."
Unlocking graphene's potential
Graphene is made from a single layer of carbon atoms arranged in a hexagonal lattice. Despite its relatively simple structure, graphene is thought to have remarkable properties including high electrical conductivity, high transparency and high flexibility.
Dr. Patrick Cullen, Lecturer in Renewable Energy from Queen Mary University of London, said: "Over the years, there's been a lot of hype around graphene and the vast number of promising applications for this material. However, the research community is still waiting for its full potential to be realised, and this has led to some negativity around this proposed 'wonder material'. This view isn't helped by the fact that many research studies on graphene use defective versions of graphene. We hope that this paper can restore faith in graphene and show that this material holds great potential for improving technology, like fuel cells, now and in the future."
Source and top image: Queen Mary University of London