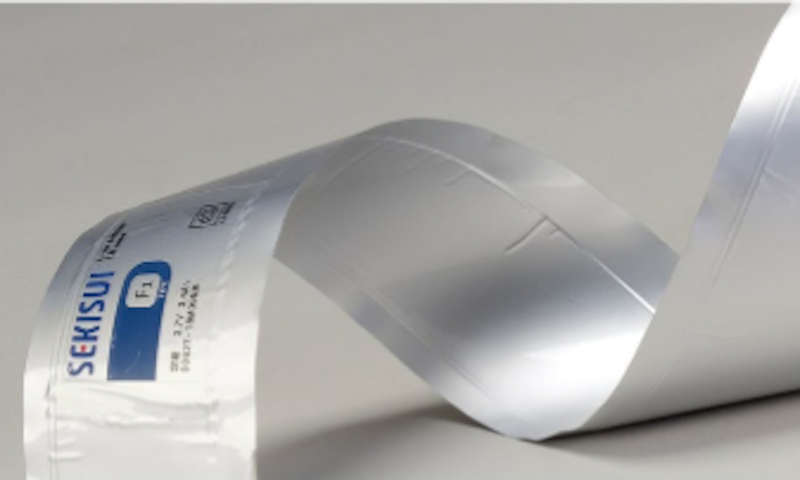 While flexible and stretchable electronics technologies have progressed in leaps and bounds over the past 10 years, batteries to power them have some catching up to do. Researchers in Singapore and China have now demonstrated a "quasi-solid-state" battery—made from materials somewhere between a liquid and a solid—that can be compressed by as much as 60% while maintaining high energy density and good stability over 10,000 charge-recharge cycles.
The battery fabrication exploits 3D printing, which, while attracting interest for producing complex battery structures, has posed challenges for batteries that can stretch, squash and bend while powering devices. For further information see the IDTechEx report on Flexible, Printed and Thin Film Batteries 2020-2030: Technologies, Markets and Players.
"3D printing technology is a very rapidly developing area," says Hui Ying Yang, a materials science researcher at Singapore University of Technology and Design who led the research reported in ACS Nano. She explains that this prompted her and her colleagues to apply the technology to their battery research for rapid prototyping, allowing them "to produce battery electrodes with any arbitrary shape, layers and patterns."
The plot thickens
Flakes of graphene oxide (GO) in aqueous solutions have been a popular "ink" material as they make stable dispersions and their rheological properties (how they flow and deform) can be tuned to a degree. However, additives such as calcium ions, carbon nanotubes and cellulose nanofibers are needed to get a GO aerogel with the kind of viscosity a 3D printer can work with. Research in this direction has led to 3D printed ultra-lightweight structures of reduced GO (that is, treated to remove the oxygen so that the material is more like graphene) with great conductivity and compressibility. But the nano carbon structures alone don't store electrochemical energy, and adding electrochemically active additives to the printing ink to make a battery then leads to problems with the rheological properties of the ink.
Instead, Yang and her colleagues printed their nanocarbon aerogel and then deposited electrochemically active iron- and nickel-based nanomaterials to the printed structure. To achieve the desired viscosity of the printing ink they blended GO flakes with carbon nanotubes (CNTs). They then immersed the printed lattice structures in a mixture of ammonia and sulfates, including nickel sulfate, which led to the formation of Ni(OH)2 nanoflakes on the structure. When they treated the nanocarbon lattice with iron nitrate and iron chloride, porous αFe2O3 nanorod arrays grew on the surface of the lattice instead.
Performing in a squeeze
Nickel-iron quasi-solid-state batteries have already attracted interest due to a number of desirable attributes, including low cost, high cyclability and good mechanical stability. Yang and her collaborators studied the rheological and electrochemical performance of the Ni(OH)2 and αFe2O3 loaded nanocarbon structures, tuning the structure dimensions and using either aqueous liquid or polymer gel potassium hydroxide as an electrolyte.
They were able to demonstrate a battery that could be compressed by 60% and retain excellent cycling stability (~91.3% capacity retentions after 10,000 charge-discharge cycles) and ultra-high energy density (28.1 mWh cm-3 at a power of 10.6 mW cm-3). By connecting four devices in series they showed the devices could light a blue LED.
"Our synthetic strategy not only provides an effective method for manufacturing of compressible batteries by 3D printing, but also promote future applications for stress-tolerant flexible/wearable electronics devices," says Yang. Yet while printing the battery is easily scalable, the energy density does not currently compete with commercial (non-compressible) devices.
"Next, we will further study the 3D-printed aqueous rechargeable batteries with high energy density and high discharge platforms, such as Zn-air batteries, and so on," says Yang.
Source: Singapore University of Technology and Design