A major concern for the manufactures of printed circuitry will be to insure adhesion to a chosen substrate and the inks ability to withstand cracking. Once the ink loses its adhesion and or begins to crack, it can fail its intended purpose to transmit electrical current.
As printed circuitry continues to grow quality assurance will play a crucial role in establishing support and wide spread use. Although loss of adhesion and or cracking may be inevitable over time, the manufacturer must understand how this will affect the printed circuitry's ability to transmit current.

We must simulate the process of scratching in a controlled and monitored manner to observe sample behavior effects. In this application, the Nanovea Mechanical Tester in its nano scratch testing mode is used to measure the load required to cause failure to a silver nano-ink on a polymer substrate. A 2 μm diamond tipped stylus is used at a progressive load ranging from 0.015 mN to 20.00 mN to scratch the coating. The point where the coating fails by cracking is taken as the point of failure. Three tests were done on this sample in order to determine the exact failure critical loads.

The scratch testing method is a very reproducible quantitative technique in which critical loads at which failures appear are used to compare the cohesive or adhesive properties of coatings or bulk
materials.
During the test, scratches are made on the sample with a sphero-conical stylus (tip radius ranging from 1 to 20m) which is drawn at a constant speed across the sample, under a constant load, or, more commonly, a progressive load with a fixed loading rate. Sphero-conical stylus is available with different radii (which describes the "sharpness" of the stylus). Common radii are from 20 to 200m for micro/macro scratch tests, and 1 to 20m for nano scratch tests.
When performing a progressive load test, the critical load is defined as the smallest load at which a recognizable failure occurs. In the case of a constant load test, the critical load corresponds to the load at which a regular occurrence of such failure along the track is observed.
In the case of bulk materials, the critical loads observed are cohesive failures, such as cracking, or plastic deformation or the material. In the case of coated samples, the lower load regime results in conformal or tensile cracking of the coating which still remains fully adherent (which usually defines the first critical load). In the higher load regime, further damage usually comes from coating detachment from the substrate by spalling, buckling or chipping.

Comments on the critical load

The scratch test gives very reproducible quantitative data that can be used to compare the behavior of various coatings. The critical loads depend on the mechanical strength (adhesion, cohesion) of a coating-substrate composite but also on several other parameters: some of them are directly related to the test itself, while others are related to the coating-substrate system.
The test specific parameters include:
• Loading rate
• Scratching speed
• Indenter tip radius
• Indenter material
The sample specific parameters include:
• Friction coefficient between surface and indenter
• Internal stresses in the material For bulk materials
• Material hardness and roughness For coating-substrate systems
• Substrate hardness and roughness
• Coating hardness and roughness
• Coating thickness

Microscopic observation
This is the most reliable method to detect surface damage. This technique is able to differentiate between cohesive failure within the coating and adhesive failure at the interface of the coating-substrate system.
Tangential (frictional) force recording
This enables the force fluctuations along the scratch to be studied and correlated to the failures observed under the microscope. Typically, a failure in the sample will result in a change (a step, or a change in slope) in coefficient of friction.Frictional responses to failures are very specific to the coating-substrate system in study.
Acoustic emission (AE) detection
Detection of elastic waves generated as a result of the formation and propagation of microcracks. The AE sensor is insensitive to mechanical vibration frequencies of the instrument. This method of critical load determination is mostly adequate for hard coatings that crack with more energy.
Depth Sensing
Sudden change in the depth data can indicate delimitation. Depth information pre and post scratch can also give information on plastic versus elastic deformation during the test. 3D Non-Contact imaging such as white light axial chromatism technique and AFM's can be useful to measure exact depth of scratch after the test.
Test parameters 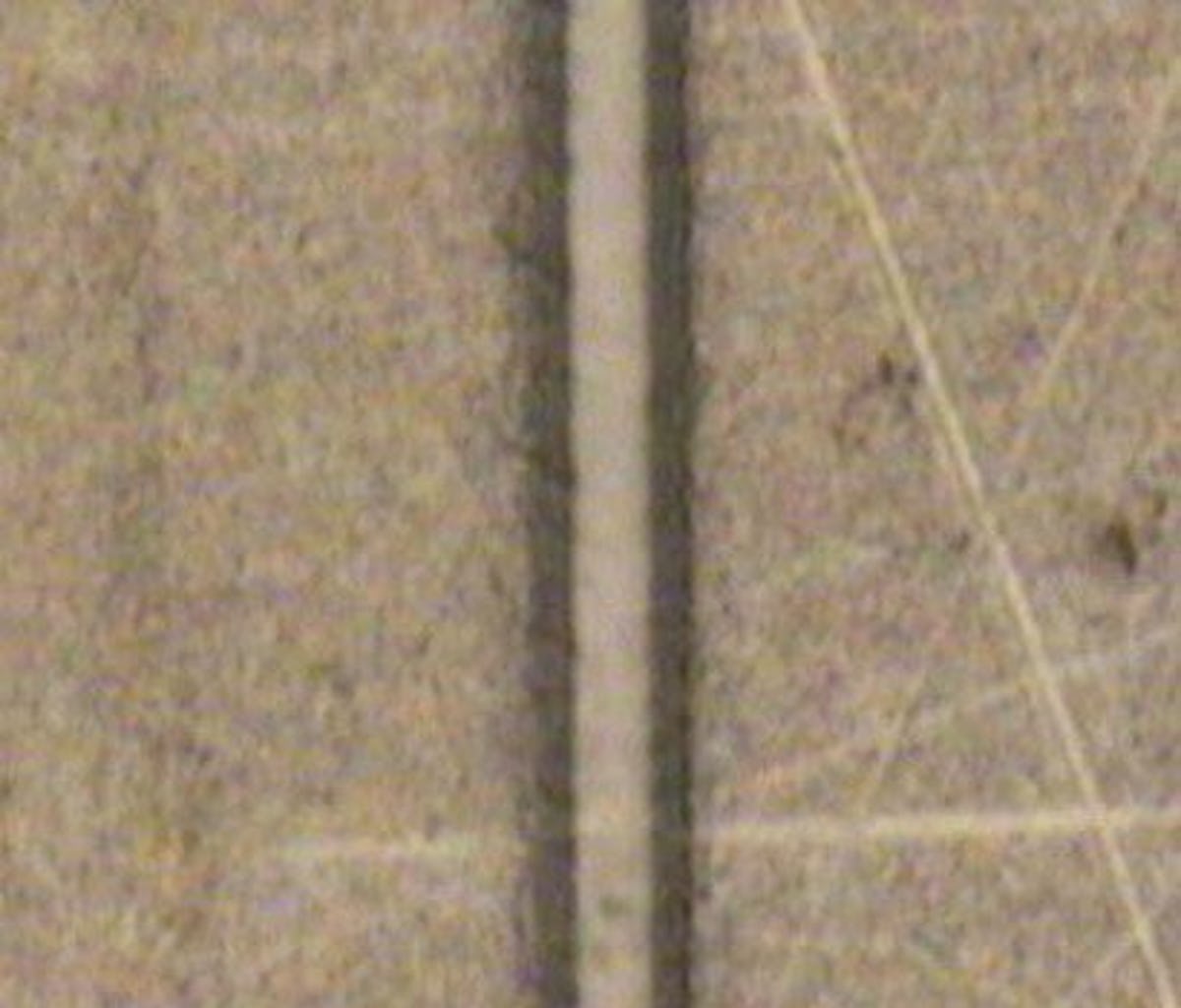 Continuous Cracking
This is the point at which cracks occur more frequently. 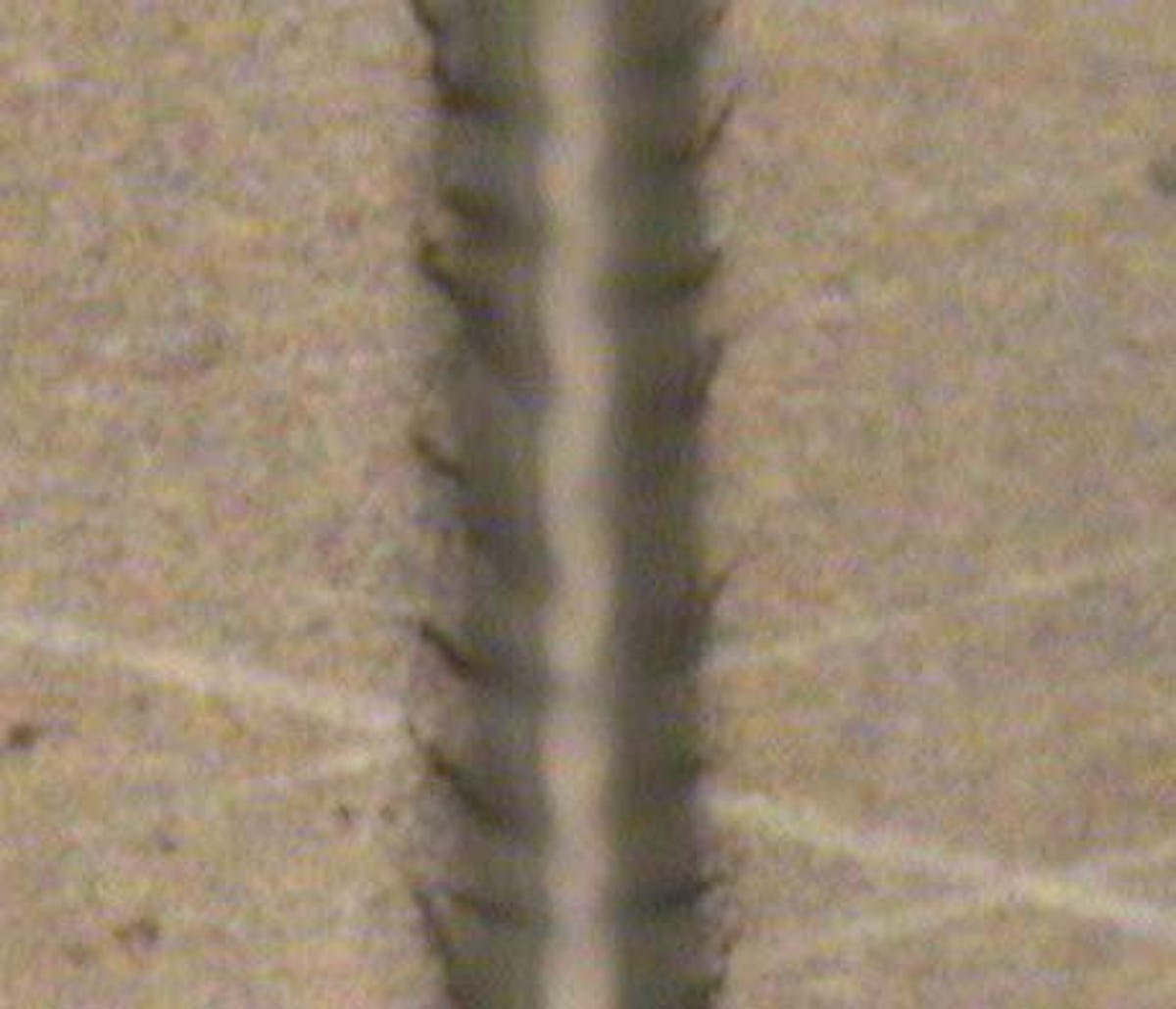 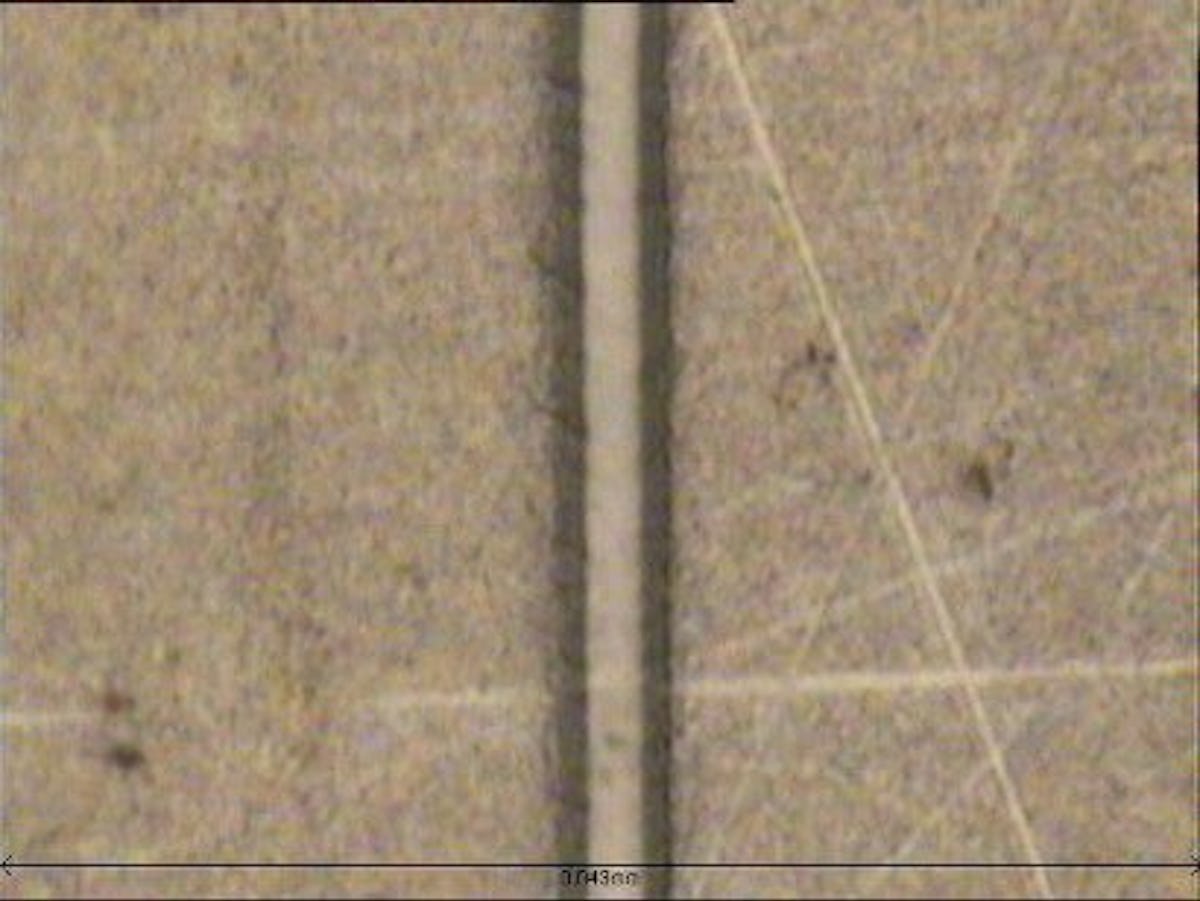 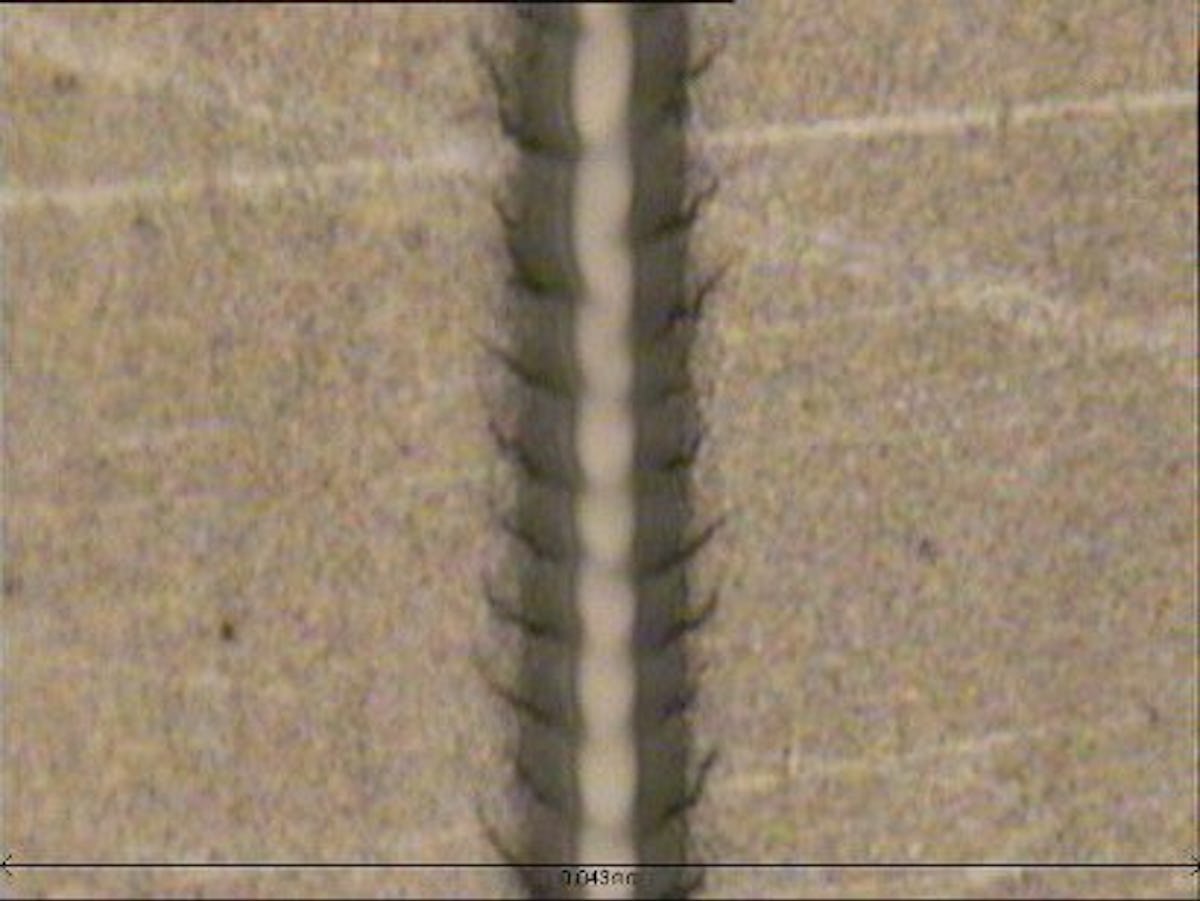 As seen in our analysis, the silver nano ink layer has excellent adhesion on the chosen polymer surface. The layer is however prone to cracking which will create contact issues and should be further investigated as to how it will relate to conductivity levels.
If the adhesion were not strong enough, full delamination or partial delamination would occur at the coating substrate interface. The value of nano scratch testing for this application is the ability to quantify with superior repeatability the resistance of the silver nano ink coating.
The instruments precision measurement capability is highlighted in this test with the presence of an extremely soft and flexible substrate. This test simulates either handling of the coating/substrate system or quantifies fracture toughness of the coating. The Nanovea Mechanical Tester, during Nano Scratch Tester Mode, is an excellent tool for the quality control of silver nano ink on a wide range of substrates. The Failure points of nano silver ink can be quantitatively identified to insure a quality control procedure.
Source: Nanovea
For more attend : Printed Electronics USA 2010 .