New research by IDTechEx finds that organic electronics will be a $30 billion business by 2015 mainly due to logic/memory, displays and lighting. The report, entitled Organic Electronics Forecasts, Players & Opportunities 2005-2025 indicates that this could rise to $250 billion by 2025, with major sales from logic/memory; OLED displays for electronic products; OLED billboard and signage; non-emissive organic displays; as well as lighting, batteries and photovoltaics.
Almost all of these products will be flexible, laminar constructions which are printed using the same or similar processes.

Organic electronics involves thin film transistors and displays for electronic products. However, it also operates on a larger platform as there are now organic lasers, fuel cells, batteries, photo-detectors and much more besides, with the prospect that they will be co-deposited using similar inks at high speeds on similar, or the same, equipment. This means lower cost electronics and electrics, with greater reliability due to fewer interconnects and improved damage resistance.
Uniquely, IDTechEx's research encompasses all applications and a twenty year timeframe because development can take a long time.

Source: IDTechEx
Contrary to popular opinion, IDTechEx also finds that much of the new organic market will be newly created. Where existing electronic and electric products are impacted, the extent will be varied. Examples of needs by different industries and case studies are given.

"We have tried to avoid the over optimism of many surveys in the past," says the report's primary author, Dr Peter Harrop, Chairman , IDTechEx.
"Progress is exponential, not linear, and, although the organic electronics business may be $4.75 billion in 2010, with OLED displays making nearly all the running, by 2015, startling progress on a broad front will be visible and by 2025, the business will rival silicon chips in size - yet, oddly, not impacting silicon chip sales much at all."
IDTechEx believe that there are few other technologies that will have such an impact on industry in the next twenty years. Organic electronics in the form of smart packaging, electronic billboards, posters, signage and electronic books will impact the conventional printing and publishing industry. Organic lighting will severely dent sales of both incandescent and fluorescent lighting.

"The IDTechEx team has once again done a stunning job in providing a wonderful overview of our new industry. For the first time, we get to see all the different market segments presented and analysed in a single report. What's more, it covers the near term through 2010 as organic electronics becomes a multibillion dollar opportunity and then looks out ten-twenty years when industry revenues will be measured in the hundreds of billions" Stuart Evans, CEO, Plastic Logic. 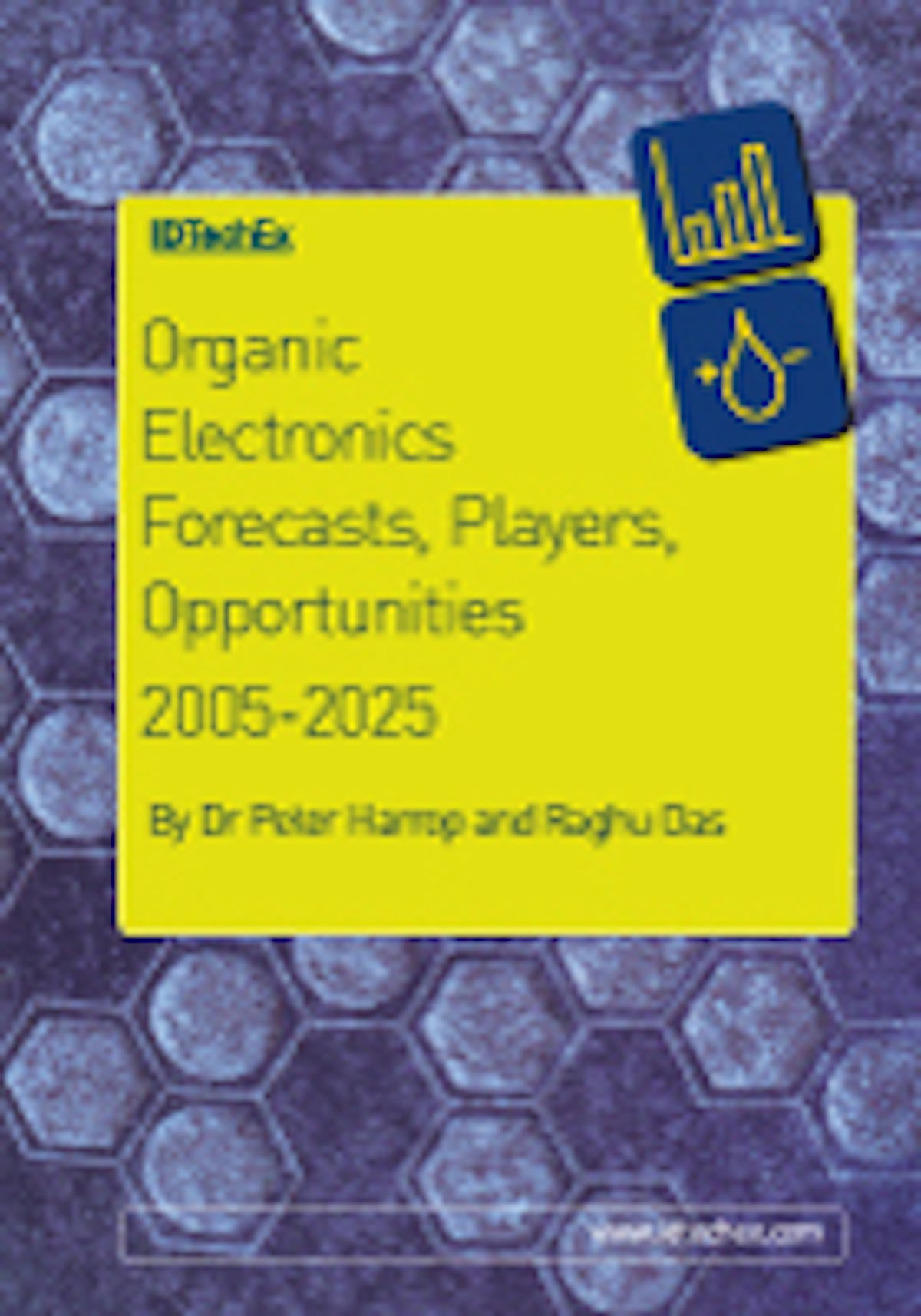