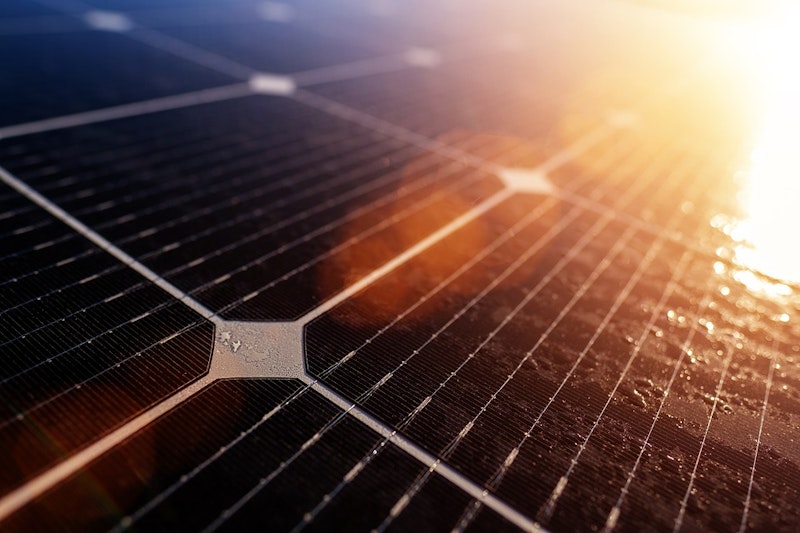 A Florida State University research team is mixing the old with the new to create a more stable solar cell. Professor of Chemistry Biwu Ma and his team published a new study that shows if you add a layer of ancient organic pigment to a perovskite solar cell, it increases the stability and efficiency of the cell.
"Pigments are abundant, low cost and robust," Ma said. "When we combine them with perovskites, we can generate new high-performance hybrid systems. It's using the old with the new, and together they produce something really exciting."
Ma's research in new generation solar cell technologies has been focusing on addressing the stability issues and challenges of perovskite solar cells. A perovskite solar cell is a type of photovoltaic cell which includes a perovskite- structured compound, most commonly an organic-inorganic lead or tin halide-based hybrid material, as the light-harvesting layer. For further information see the IDTechEx report on Perovskite Photovoltaics 2018-2028.
Over the past decade, research on perovskite solar cells has exploded. When they were first reported in 2009, the power conversion efficiency registered at about 4%, which is now as high as 25%. However, there are drawbacks for commercial viability, such as the material's tendency to degrade quickly. Researchers worldwide have been searching for that perfect formula to make them both stable and highly efficient.
The solar cell Ma's team used for the experiment - based on methylammonium lead iodide — had an efficiency of 18.9% without the layer of pigment. With it, that number rose to 21.1%. The team also found that with the addition of the pigment layer, the cell without encapsulation could retain 90% of its initial efficiency after 1,000 hours in ambient conditions.
Adding the layer of insoluble pigment via facile solution processing and thermal annealing also makes the cell hydrophobic, meaning water cannot stay on the surface.
"We believe that surface passivation of these cells using low-cost pigments is a very promising approach to improving their stability and efficiency," Ma said.
Source: Florida State University
Top image: Pixabay