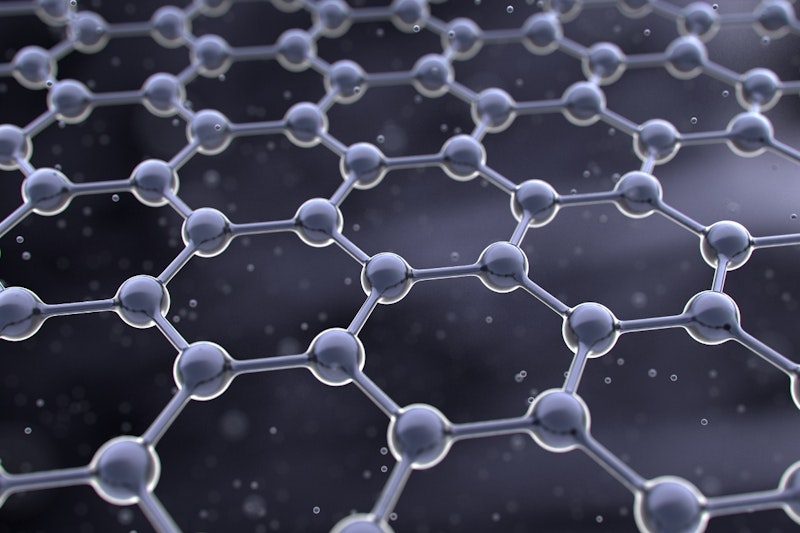 Silicon was first discovered in 1787, but it wasn't until the 1950s that it became widely used in industry. In contrast, the Graphene Flagship has been working to bring graphene to the market in just ten years. Determining accepted technical standards for graphene will play a large part in meeting that deadline. In this article, Thurid Gspann, chair of the Graphene Flagship Standardisation Committee (GFSC), explains why standardisation is important.
Standardisation describes the creation and implementation of technical standards and measurement techniques. These should be based on the consensus of stakeholders including end users, businesses, standards organisations and governments. This is an important step in the development of any new material. Fundamentally, users want to know that a product is genuine, safe and will perform in the way they expect. When bringing new materials to market, standardisation also means industry has more confidence in the material and will increase its rate of uptake and commercialisation. Standardisation has been a step in the industrialisation of almost every new material discovered. Where graphene is different, is that this process is happening proactively. Rather than waiting for industry to develop its own standards, organisations like the Graphene Flagship, with standardisation bodies the International Electrotechnical Committee (IEC) and International Standardisation Organization (ISO), are working to develop new standards to enable the widespread use of graphene. For further information see the IDTechEx report on Graphene Market & 2D Materials Assessment 2021-2031.
Why graphene standardisation is important
The main function of standards is to define the qualities and technical properties of a material to ensure consistency across different manufacturers and industries. For a very new material like graphene, standardisation will enable easier communication between producers and consumers and can be used to market graphene-based products more accurately. For organisations hoping to use graphene in their technologies, applying standards can lower costs in research and development. This removes the need to embark on lengthy research projects or manufacture multiple prototypes to test the materials performance.
Standardisation also improves quality control and purchasing, allowing users to increase efficiency and lower costs. It can also enable better access to the market through improved trust and reliability, reduce liability risks, and avoid regulatory issues. This is particularly important for a material that's still in its infancy. One of the key challenges facing the standardisation of graphene is terminology. In fact, when discussing graphene, people are usually actually referring to graphene and graphene related materials (GRMs). Each term, graphene, few-layer graphene, monolayer graphene, must be defined. While terminology may seem insignificant compared to the chemical and structural properties of a designated material, it is still essential when it comes to designing and marketing products that use graphene.
Graphene Flagship and standardisation
The GFSC has been part of the Graphene Flagship from its inception, but now the project is in its third phase and graphene is closer to commercialisation, interest from industry is increasing. The GFSC works with both the IEC and ISO in a formal and informal capacity respectively. In the IEC, 50 per cent of all graphene projects are being led by European scientists. Within that, the GFSC is leading 70 per cent, giving us a strong voice in graphene standardisation.
For standards to be effective, they can't be drawn up by one person or organisation in isolation. They must be a communal effort from various buyers, manufacturers, researchers and stakeholders. To this end, there are several ways businesses can get involved in developing graphene standards. On 19 January 2021, an online workshop titled Graphene from the Buyer's perspective will take place. The session is an open discussion on what industry needs from graphene standards. Attendance at this gathering of international graphene stakeholders is by invitation, but you can express an interest in joining this online.
The future of graphene standardisation
Projects on graphene standardisation are ongoing at the IEC and ISO. From smaller projects on electric connectivity, to large documents on structural and chemical characterisation. This is in addition to a framework document that acts as an index for characterising graphene powders and dispersions. There is a wealth of material to be published. These projects should have the answers to many of the questions about graphene, and the documents release is the next milestone for graphene standards. From there, industry adoption will have no limits.
Standardisation is an important stage in the development of any new material. While silicon took hundreds of years to reach the peak of its use, increased investment in graphene research and standardisation, alongside the pace of technological development, will see graphene reach super material status much quicker. Graphene has a huge amount of potential, but standardisation will cement that potential, making it an attractive, and viable, option for industry.
The Graphene Flagship is research, innovation and collaboration
Funded by the European Commission, the Graphene Flagship aims to secure a major role for Europe in the ongoing technological revolution, helping to bring graphene innovation out of the lab and into commercial applications. The Graphene Flagship gathers nearly 170 academic and industrial partners from 21 countries, all exploring different aspects of graphene and related materials. Bringing diverse competencies together, the Graphene Flagship facilitates cooperation between its partners, accelerating the timeline for industry acceptance of graphene technologies. The European Commission's FET Flagships enable research projects on an unprecedented scale. With €1 billion budgets, the Graphene Flagship, Human Brain Project and Quantum Flagship serve as technology accelerators, helping Europe to compete with other global markets in research and innovation.
For more information or to express an interest in joining the standardisation workshop on 19 January 2021, follow this link. To enquire about working with the Graphene Flagship Standardisation Committee, email Thurid Gspann.
Source and top image: Graphene Flagship