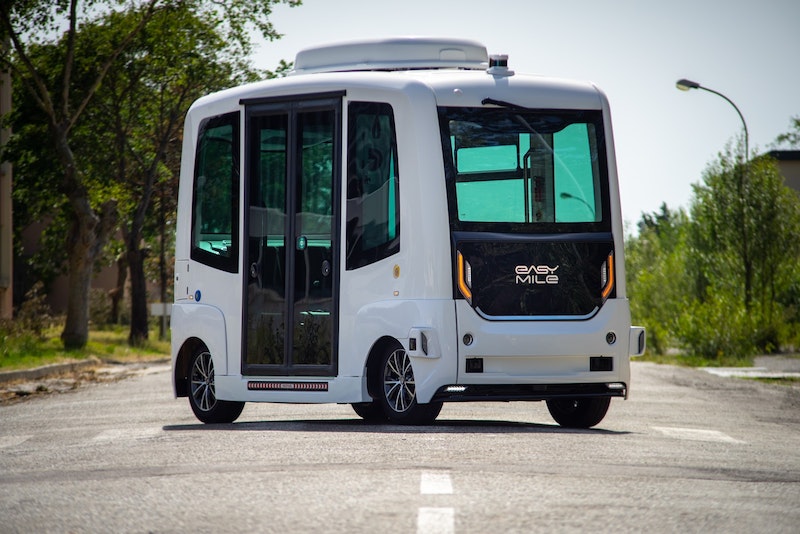 EasyMile and Sono Motors are equipping an EZ10 autonomous shuttle prototype with Sono Motors' patented solar technology, testing a new energy concept for electric and driverless shuttles.
The Munich based solar mobility provider plans to transfer flexible solar panels to a variety of platforms, now including the EZ10. This could unlock a new type of energy-efficient transportation which could really make a difference to the still weak spread of charging stations for electric vehicles. For further information see the IDTechEx report on Solar Vehicles 2021-2041.
The joint venture was recently revealed at the virtual Consumer Electronics Show (CES) 2021 with Sono Motors announcing its intention to license its unique solar technology to other companies. Its solar technology modifies a vehicle's exterior by installing solar cells integrated into flexible polymers instead of glass. This makes it lighter, robust, cheaper and more efficient than any other vehicle solar technology currently available.
This technique allows the company to integrate solar panels on a variety of vehicle types creating a number of new application possibilities. Because of the large contact area on buses and trucks, these vehicles are particularly suitable to be fitted with the flexible panels.
The EZ10 electric shuttle, which has already been used in more than 30 countries around the world, operates up to 16 hours with one battery charge and must be plugged-in for around 6 hours to be fully re-charged from empty. This could be dramatically shortened with the new solar technology.
The solar cells convert sunlight into energy that is stored in the vehicle's battery. Solar cells, which produce energy no matter whether a vehicle is driving or parked, can significantly increase the range of the electric vehicle. This could give the driverless shuttle even more autonomy as it would be more independent of the available charging infrastructure. A big cost-saver for private sites as well as an advantage for the many communities that use the shuttle as an extension of the public transportation network.
The solar body panels aren't designed to replace traditional charging methods. They instead can reduce the number of charging intervals. This solar-powered approach is an efficient and quick way of promoting electric mobility.
Source and top image: EasyMile

We have already seen sufficient speculations from Sono motors. Solar panel embedded into flexible polymers films have been used in boats since 2010 and in all sort of applications....