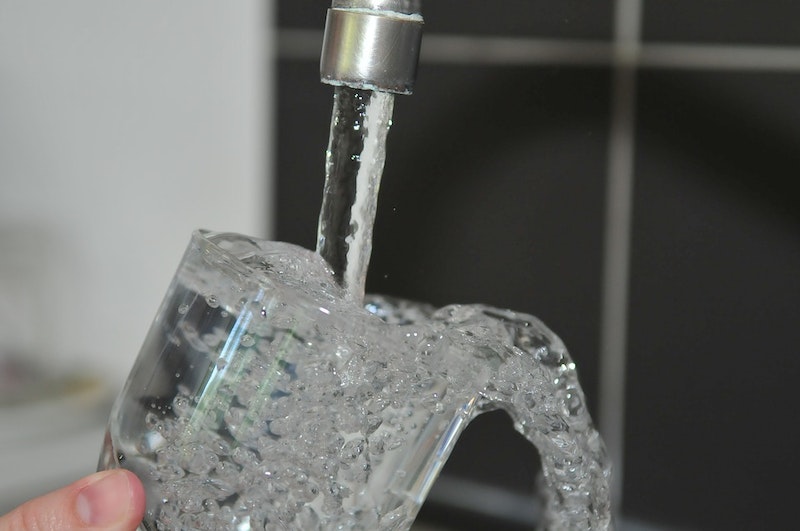 When sheets of two-dimensional nanomaterials like graphene are stacked on top of each other, tiny gaps form between the sheets that have a wide variety of potential uses. In research published in the journal Nature Communications, a team of Brown University researchers has found a way to orient those gaps, called nanochannels, in a way that makes them more useful for filtering water and other liquids of nanoscale contaminants.
"In the last decade, a whole field has sprung up to study these spaces that form between 2-D nanomaterials," said Robert Hurt, a professor in Brown's School of Engineering and coauthor of the research. "You can grow things in there, you can store things in there, and there's this emerging field of nanofluidics where you're using those channels to filter out some molecules while letting others go through."
There's a problem, however, with using these nanochannels for filtration, and it has to do with the way those channels are oriented. Like a notebook made from stacked sheets of paper, graphene stacks are thin in the vertical direction compared to their horizontal length and width. That means that the channels between the sheets are likewise oriented horizontally. That's not ideal for filtration, because liquid has to travel a relatively long way to get from one end of a channel to the other. It would be better if the channels were perpendicular to the orientation of the sheets. In that case, liquid would only need to traverse the relatively thin vertical height of the stack rather than the much longer length and width. For further information see the IDTechEx report on Sensors in the Water and Wastewater Treatment Industries 2020-2030.
But until now, Hurt says, no one had come up with a good way to make vertically oriented graphene nanochannels. That is until Muchun Liu, a former postdoctoral researcher in Hurt's lab, figured out a novel way to do it. Liu's method involves stacking graphene sheets on an elastic substrate, which is placed under tension to stretch it out. After the sheets are deposited, the tension on the substrate is released, which allows it to contract. When that happens, the graphene assemblage on top wrinkles into sharp peaks and valleys.
"When you start wrinkling the graphene, you're tilting the sheets and the channels out of plane," said Liu, who is now a researcher at Massachusetts Institute of Technology. "If you wrinkle it a lot, the channels end up being aligned almost vertically."
Once the channels are nearly vertical, the assemblage is encased in epoxy, and the tops and bottoms are then trimmed away, which opens the channels all the way through the material. The researchers have dubbed the assemblages VAGMEs (vertically aligned graphene membranes).
"What we end up with is a membrane with these short and very narrow channels through which only very small molecules can pass," Hurt said. "So, for example, water can pass through, but organic contaminants or some metal ions would be too large to go through. So you could filter those out."
Proof-of-concept testing demonstrated that water vapor could pass easily through a VAGME, while hexane — a larger organic molecule — was filtered out. The researchers plan to continue developing the technology, with an eye toward potential industrial or household filtering applications.
Source: Brown University
Top image: Pixabay

Love to see a new technology enter the filtration market.