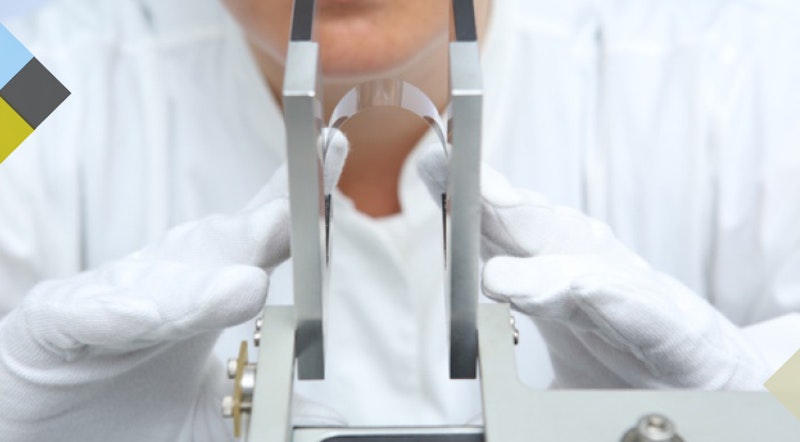 Strategic Elements Ltd is pleased to report proof of concept work that highlights its printable neuromorphic technology's potential for data processing and self-learning in soft robotics (e.g. touch sensing) and other signal processing applications such as computer vision applications.
Early stage results show that in the case of computer vision, the technology uses less power to operate than the human brain (less than 10 watts) and is able to use multiple resistance states with the potential capacity to process multiple points of data. The technology was successfully operated at an ultra-low level of 0.8V and in the microamps range of current.
The printable neuromorphic hardware is being developed from the Company's Nanocube Memory Ink technology and conducted in the Nanoionics laboratory at the University of New South Wales (UNSW).
Artificial neural networks are not uncommon, however most synapse networks exist only as software. The UNSW team is in early stage development of a neural network hardware designed to be printable (low cost), portable, ultra-low power, flexible and semi-transparent. These features are ideally suited to robotics and computer vision applications. For example, the ability to place flexible neuromorphic hardware onto soft robotics in health or manufacturing sectors or devices requiring such low power that battery or energy harvesting technologies (e.g humidity) could potentially be used as a power source. For further information see the IDTechEx report on Flexible Hybrid Electronics 2020-2030: Applications, Challenges, Innovations and Forecasts.
The new artificial synapse fabricated by the team at UNSW has shown significant advancement in lowering power consumption, ability to continuously change conductance with voltage pulses (like a biological synapse), encouraging endurance and multilevel switching. These features are important for possible applications such as image processing and smart/intelligent sensors for e-skin and soft robotics.
Printable Neuromorphic Memristor
A memristor is an electronic memory device that mimics the information-transmitting synapses in the human brain to carry out complex computational tasks. Memristor devices are used for storing as well as processing of information and are known to emulate the memory and learning properties of biological synapses.
Nanocube Memristor Emulating the Human Brain
A memristor device was fabricated with Nanocube Ink. The artificial synapse on the device were tested for endurance known as long term potentiation (learning) and depression (forgetting). This was done with a programming pulse algorithm to pulse the artificial synapse with a series of positive and negative voltages also known as spikes, mimicking neurons firing in the human brain. Spikes are used to emulate the synaptic weight (conductance) change observed in biological synapses during learning and forgetting phase.
The artificial synapse was pulsed for 5,000 pulse cycles (10 positive voltage spikes and 10 negative voltage spikes per cycle), a total of 100,000 spikes and no significant degradation was observed. The synaptic weight (conductance) of the artificial synapse was gradually increasing with positive voltage pulses, indicating the potentiation behaviour and gradually decreasing with negative voltage pulses, indicating the depression behaviour. This shows that the artificial synapse has good potential endurance after repeated learning and forgetting cycles.
The memristors were successfully programmed at an ultra-low level of 0.8V with current in the microamps range. The memristors values were successfully ready at 0.1V. Early stage work showed potential to program the memristors as low as 0.4V.
The artificial synapse also showed the ability to have multilevel switching, up to 10 resistance states per cell. This is an important feature as neuromorphic computing systems designed for complex applications, such as image processing, require multiple resistance states. This is in contrast with other memory devices that only use two resistance states (high and low) which presents disadvantages in synaptic weight performance such as low accuracy or area efficiency.
Collaborative and Further Work
The Company will assess a potential program of work between the computer vision and robotics team at subsidiary Stealth Technologies and the materials team at the University of New South Wales to develop a prototype application. Further information will be released as appropriate. Future work will also be conducted to reduce the temperature required in the manufacturing process, fabricate on flexible substrates and to increase the number of memristors or artificial synapses in their thousands to meet requirements of image recognition and tactile touch sensors in robotics.
Strategic Elements Background
Investors in SOR potentially pay no tax on capital gains from selling their SOR shares as the Company operates under a Federal Government program setup to encourage investment into innovation. Strategic Elements operates as a 'venture builder' where it generates high risk-high reward ventures and projects from combining teams of leading scientists or innovators in the technology or resources sectors. The Company is listed on the ASX under the code "SOR". More information on the Pooled Development Program should be read on the Company's website.
For Company Information:
Mr Charles Murphy, Managing Director Phone: +61 8 9278 2788
admin@strategicelements.com.au www.strategicelements.com.au