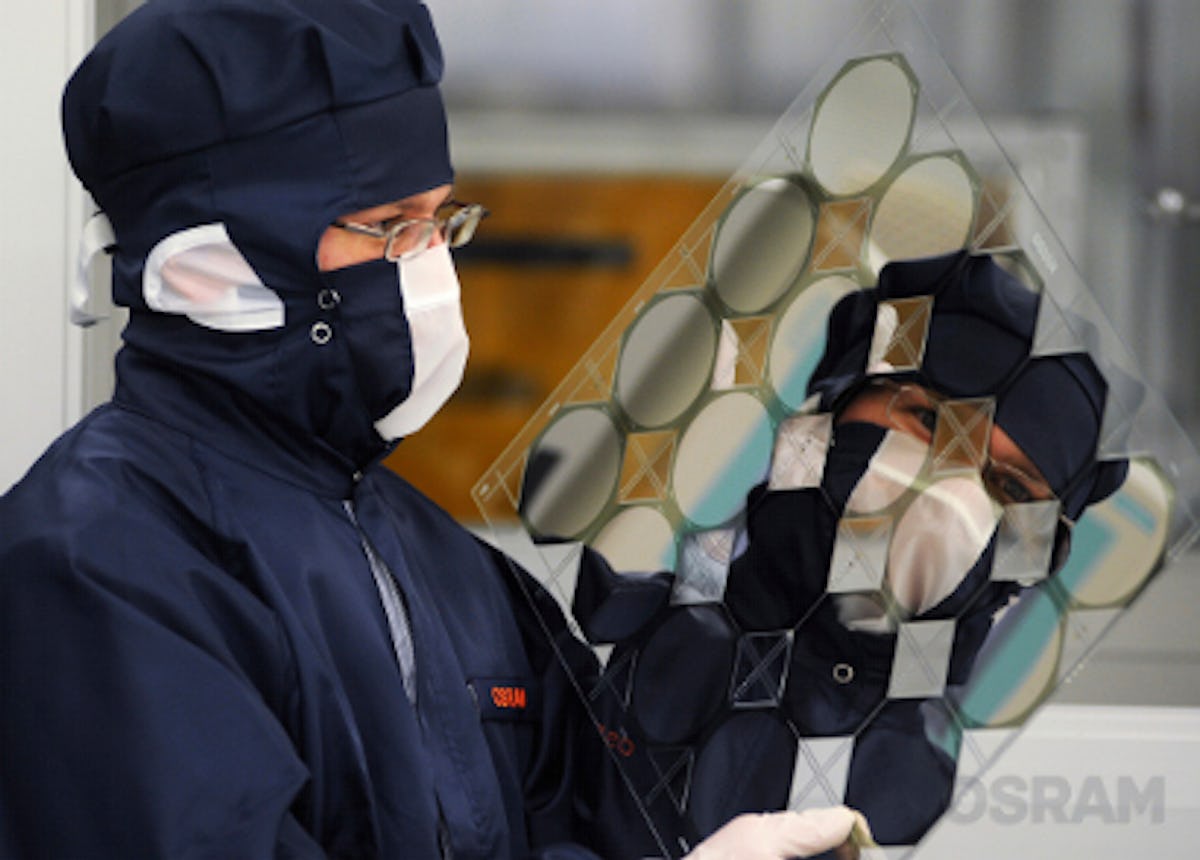 An OSRAM employee checks the coated OLED panels for regularity. The focus here is on purity as well as the displacement of different coatings.
Today, OLEDs are still expensive, because they are made in small batches in labs. In its present form the Orbeos tile costs about 250 €. But high-volume production lines will lower the costs considerably—and this also applies to organic materials, which are still being produced in very small amounts. Instead of glass substrates from the LCD industry, developers want to someday coat window glass or even plastic films; the latter is a possible solution for flexible OLEDs.
Researchers would also like to replace the glass cover with a special thin-film encapsulation. This technique offers such good protection that no desiccant is needed. That would reduce costs and increase transparency. Still needed, however, is a substitute for the transparent contact layer that now consists of brittle indium tin oxide—and new production strategies for flexible OLEDs. 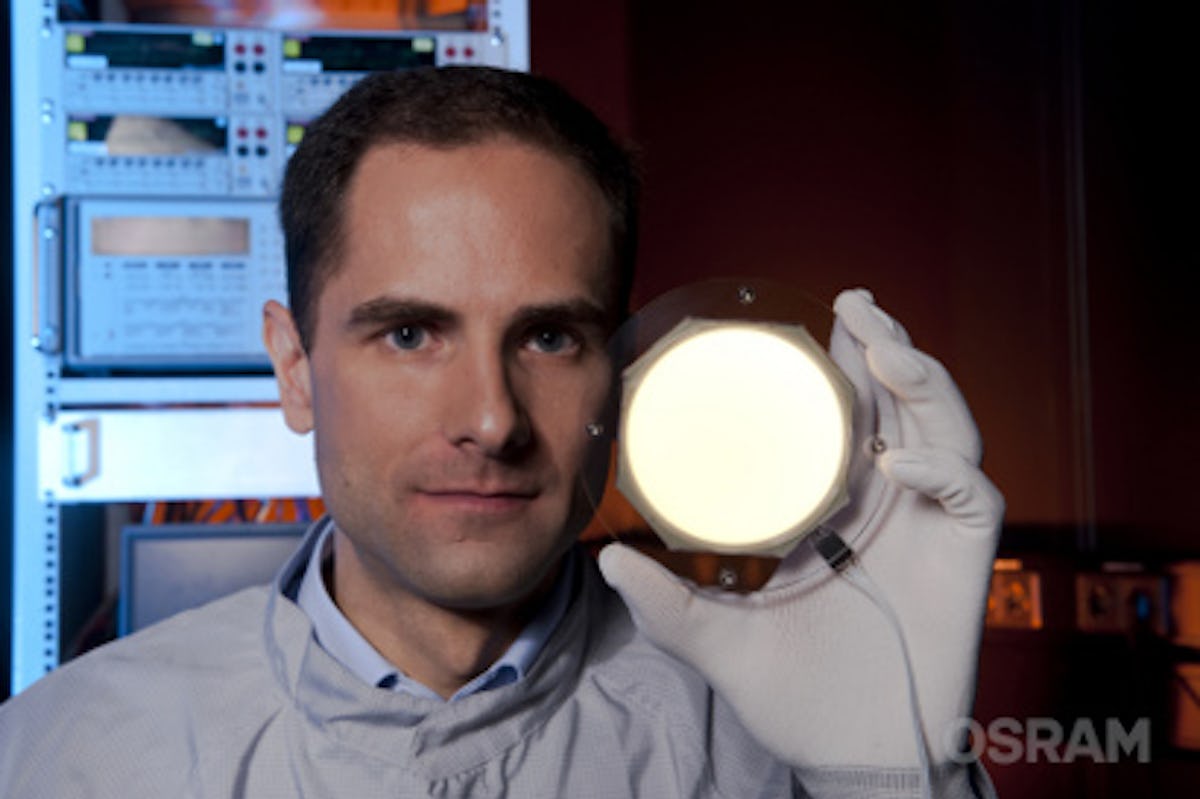 Fresh from OSRAM's lab - the ORBEOS OLED.
It will thus be at least five years, Heuser believes, before the first flexible product is ready. And light-emitting wallpaper is still a relatively long way away. "It's one thing to bend the OLED once into a certain shape, but being able to roll it up and unroll it repeatedly is something else. That poses a much more complex challenge, especially when it comes to encapsulation," says Heuser. Nonetheless, one day we'll wonder how we ever did without the lightweight panel lights. In three to four years, estimates Gärditz, glass-based OLEDs will be so bright, have such a long service life, and be so cheap to make that they'll start popping up in living rooms and bedrooms.
Reference: Osram and Siemens
For more attend : Printed Electronics USA 2010