Source Technology for the Use of Wearable Devices Without Recharging 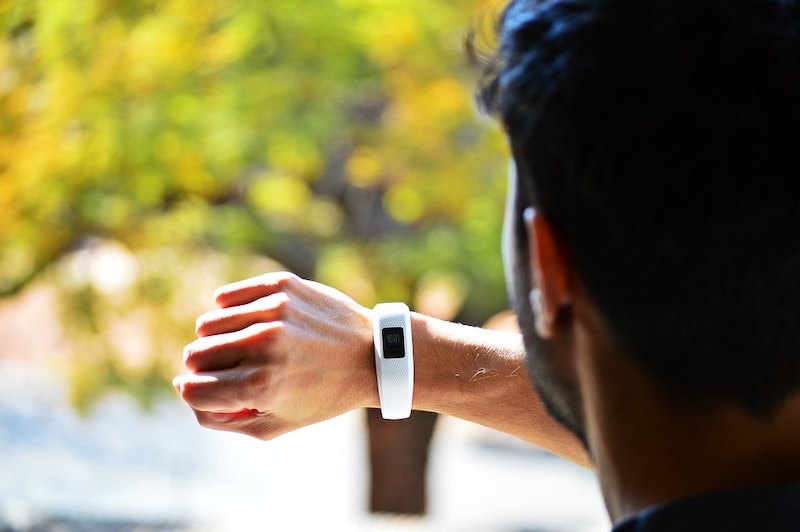 Despite the continued development and commercialization of various wearable electronic devices, such as smart bands, progress with these devices has been curbed by one major limitation, as they regularly need to be recharged. However, a new technology developed by a South Korean research team has become a hot topic, as it shows significant potential to overcome this limitation for wearable electronic devices.
The Korea Institute of Science and Technology (KIST), or KIST, announced that a research team led by Director Jin-Sang Kim of the Jeonbuk Institute of Advanced Composite Materials has developed a high-efficiency flexible thermoelectric device that is capable of autonomously generating some of the electricity required for its operation from body heat. The device developed by the team features enhanced thermal insulation capabilities, made possible through the fabrication of the flexible silicone compound (PDMS) into a sponge-like configuration, which was then used as a framework for innovatively enhancing the device's performance. For further information see the IDTechEx report on Thermoelectric Energy Harvesting and Sensing 2020-2030.
Thermoelectric devices are able to generate electricity by utilizing the difference in temperature between the two ends of the device, and have been used as eco-friendly generators of power from sources such as vehicle engine heat or waste heat from power plants. Conversely, by instead applying electricity to the thermoelectric device, one end of the device can be cooled while the other generates heat, enabling them to also be used in temperature control systems for small refrigerators, vehicle cooling sheets, and semiconductor equipment.
Normal thermoelectric devices commonly have a rigid ceramic substrate supporting the thermoelectric semiconductor, making them difficult to use on curved surfaces, whereas in flexible thermoelectric devices, a polymer material encapsulates the thermoelectric semiconductor, as opposed to a ceramic substrate, allowing the device to be bent easily. When such a device is worn on the body, electricity can be autonomously generated, and it can also potentially be used as a portable air conditioner. As a result, flexible thermoelectric devices have been garnering much attention in the field of wearable electronic devices. However, the polymer materials used to produce the flexible substrate have a high thermal conductivity, and therefore cannot block heat at both ends of the device. Consequently, the flexible devices that have been produced so far have had the fatal shortcoming of not being able to perform at a level comparable to commercial thermoelectric devices with a rigid substrate.
In pursuing a solution to this issue, the research team at KIST fabricated a sponge-configuration polymer material, by first pouring a silicone compound solution onto a sugar cube and allowing the solution to solidify, and then dissolving the sugar cube in water. Consequently, as the sugar cube dissolved, the space which had been occupied by the cube was transformed into a structure consisting of micro air bubbles. The thermal insulation capability of this structure was 50% higher than conventional materials, enabling it to effectively block the transfer of heat. The team at KIST used this substrate as a support frame to develop a flexible thermoelectric device that suffers from no loss of performance. The team's device demonstrated performance that was superior to existing flexible thermoelectric devices by more than 20%, and comparable to existing commercial devices. The research team (including the first co-authors: Dr. Sung-Jin Jung, Dr. Joonchul Shin) was able to successfully use their flexible device to turn on an LED light with body heat.
Director Jin-Sang Kim of the Jeonbuk branch of KIST stated that "the efficiency of our flexible thermoelectric device was raised to a level comparable to that of commercial thermoelectric devices through a simple, inexpensive process that requires pouring a solution on sugar and allowing the solution to solidify." He also commented, "if we used a sufficient number of thermoelectric devices, it should certainly be possible to produce smart bands that operate on body heat alone." 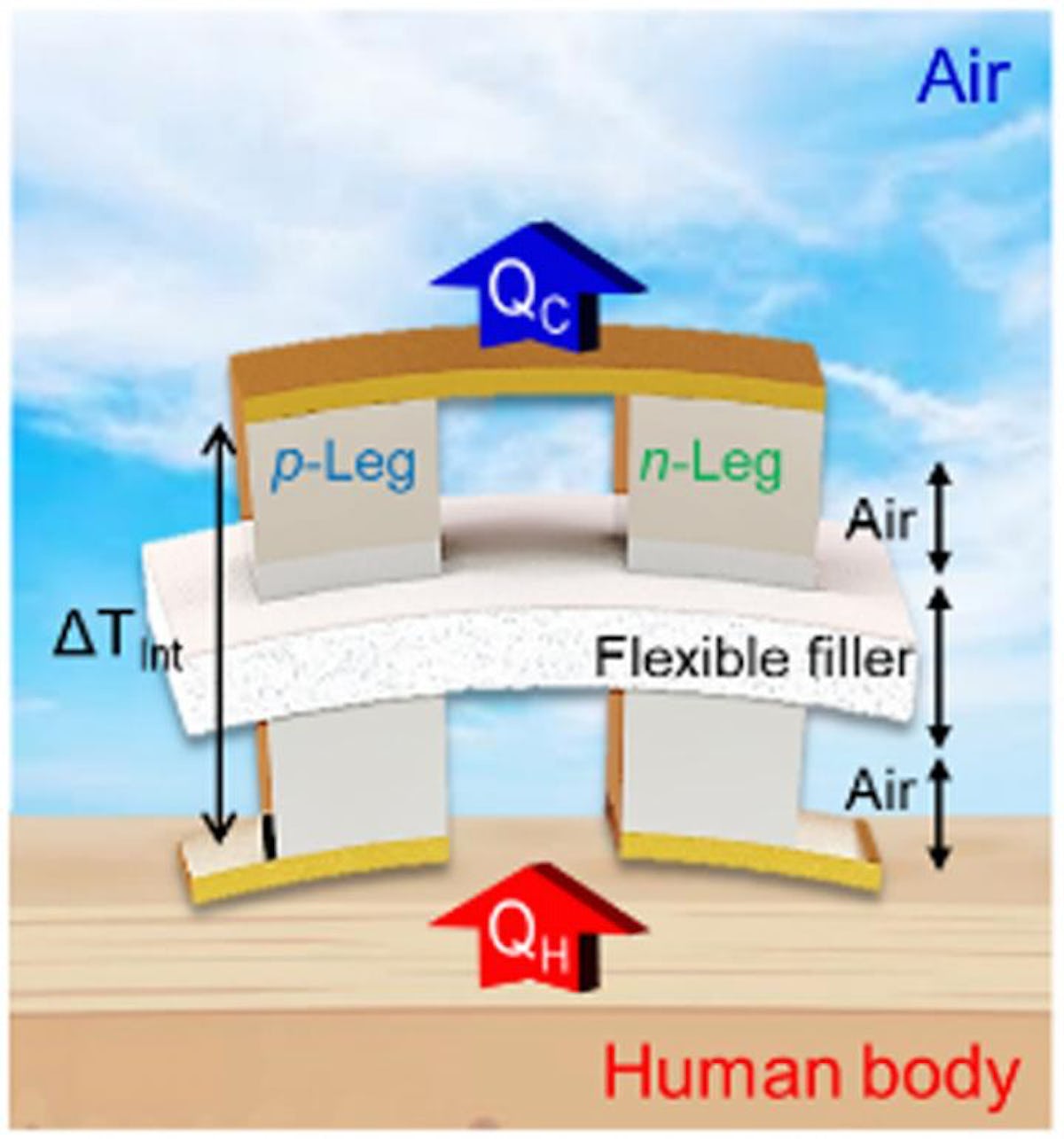