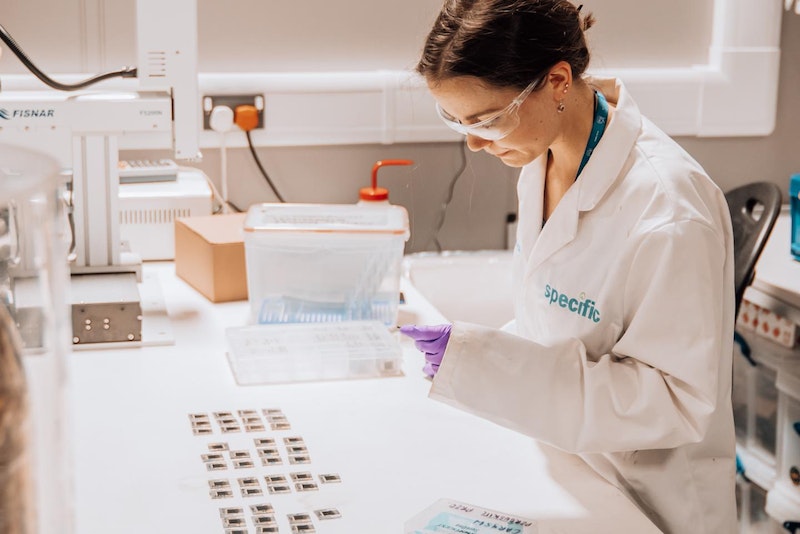 Scientists at SPECIFIC Innovation and Knowledge Centre, Swansea University, have found a way to replace the toxic, unsustainable solvents currently needed to make the next generation of solar technology.
Printed carbon perovskite solar cells have been described as a likely front runner to the market because they are extremely efficient at converting light to electricity, cheap and easy to make. A major barrier to the large-scale manufacture and commercialisation of these cells is the solvents used to control crystallisation of the perovskite during fabrication: this is because they are made from unsustainable materials and are banned in many countries due to their toxicity and psychoactive effects. For further information see the IDTechEx report on Energy Harvesting Microwatt to Gigawatt: Opportunities 2020-2040.
SPECIFIC's researchers have discovered that a non-toxic biodegradable solvent called γ-Valerolactone (GVL) could replace these solvents without impacting cell performance.
GVL's list of advantages could improve the commercial viability of carbon perovskite solar devices:
Carys Worsley, who led the research as part of her doctorate, said: "To be truly environmentally sustainable, the way that solar cells are made must be as green as the energy they produce. As the next generation of solar technologies approaches commercial viability, research to reduce the environmental impact of large-scale production will become increasingly important."
Professor Trystan Watson, research group leader, added: "Many problems need to be resolved before these technologies become a commercial reality. This solvent problem was a major barrier, not only restricting large-scale manufacture but holding back research in countries where the solvents are banned. We hope our discovery will enable countries that have previously been unable to participate in this research to become part of the community and accelerate the development of cleaner, greener energy."
Source and top image: Swansea University