The Powerhouse Future is Flexoelectric 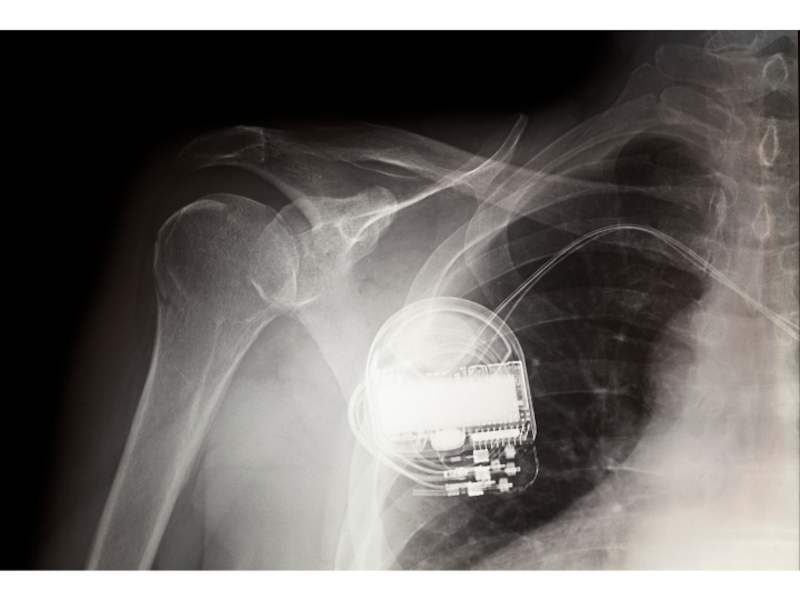 Researchers have demonstrated "giant flexoelectricity" in soft elastomers that could improve robot movement range and make self-powered pacemakers a real possibility. In a paper published this month in the Proceedings of the National Academy of Sciences, scientists from the University of Houston and Air Force Research Laboratory explain how to engineer ostensibly ordinary substances like silicone rubber into an electric powerhouse.
What do the following have in common: a self-powered implanted medical device, a soft human-like robot and how we hear sound? The answer as to why these two disparate technologies and biological phenomena are similar lies in how the materials they are made of can significantly change in size and shape - or deform - like a rubber band, when an electrical signal is sent. For further information see the IDTechEx report on Flexible Electronics in Healthcare 2020-2030.
Some materials in nature can perform this function, acting as an energy converter that deforms when an electrical signal is sent through or supplies electricity when manipulated. This is called piezoelectricity and is useful in creating sensors and laser electronics, among several other end uses. However, these naturally occurring materials are rare and consist of stiff crystalline structures that are often toxic, three distinct drawbacks for human applications. Man-made polymers offer steps toward alleviating these pain points by eliminating material scarcity and creating soft polymers capable of bending and stretching, known as soft elastomers, but previously those soft elastomers lacked significant piezoelectric attributes.
In a paper published this month in the Proceedings of the National Academy of Sciences, Kosar Mozaffari, graduate student at the Cullen College of Engineering at the University of Houston; Pradeep Sharma, M.D. Anderson Chair Professor & Department Chair of Mechanical Engineering at the University of Houston and Matthew Grasinger, LUCI Postdoctoral Fellow at the Air Force Research Laboratory, offer a solution.
"This theory engineers a connection between electricity and mechanical motion in soft rubber-like materials," said Sharma. "While some polymers are weakly piezoelectric, there are no really soft rubber like materials that are piezoelectric."
The term for these multifunctional soft elastomers with increased capability is "giant flexoelectricity." In other words, these scientists demonstrate how to boost flexoelectric performance in soft materials.
"Flexoelectricity in most soft rubber materials is quite weak," said Mozaffari, "but by rearranging the chains in unit cells on a molecular level, our theory shows that soft elastomers can attain a greater flexoelectricity of nearly 104 times the conventional amount."
The potential uses are profound. Human-like robots made with soft-elastomers that contain increased flexoelectric properties would be capable of a greater range of motion to perform physical tasks. Pacemakers implanted in human hearts and utilizing lithium batteries could instead be self-powered as natural movement generates electrical power.
The mechanics of soft elastomers generating and being manipulated by electrical signals replicates a similar function observed in human ears. Sounds hit the ear drum that then vibrates and send electrical signals to the brain, which interprets them. In this case, movement can manipulate soft elastomers and generate electricity to power a device on its own. This process of self-generating power by movement appears as a step up from a typical battery. The advantages of this new theory stretch beyond just that. In the process of research, the capability to design a unit cell that is stretch invariant - or remains unchanged under unwanted stretch transformation - emerged.
"For some applications we require certain amounts of electricity to be generated regardless of the stretch deformation, whereas with other applications we desire as much electricity generation as possible, and we have designed for both of these cases." said Mozaffari. "In our research, we discovered a method to make one unit cell stretch invariant. The tunable nature of the flexoelectric direction can be useful for producing soft robots and soft sensors."
In other words, the amount of electric power generated from various physical stimulation can be controlled so that devices perform directed actions. This can moderate the functioning of electronic devices that are self-sufficient.
Next steps include testing this theory in a lab using potential applications. Additionally, efforts to improve on the flexoelectric effect in soft elastomers will be the focus of further study.
Source and top image: University of Houston