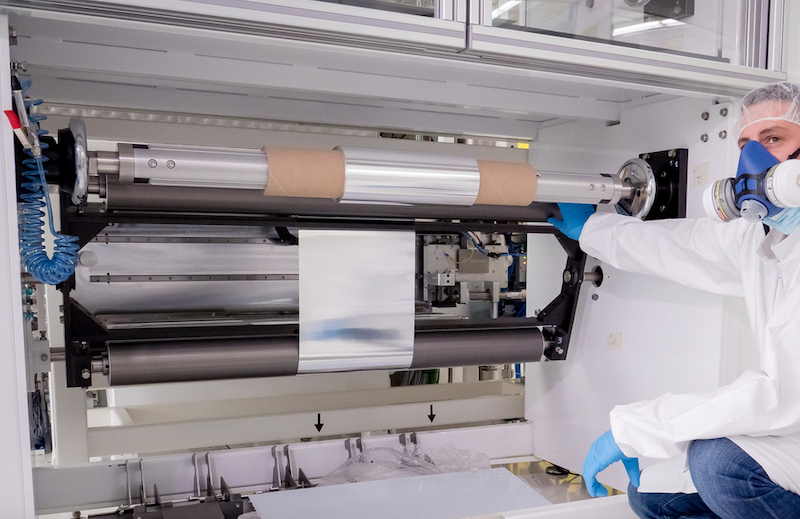 NAWA Technologies, pioneers of next-generation energy storage systems, announces it has hit a significant milestone with the start of manufacturing of its revolutionary Vertically Aligned Carbon Nanotube (VACNT) material.
NAWA's success demonstrates, for the first time, that VACNT can be grown simultaneously on both sides of a substrate - a process that is fully scale-able. Offering multiple global uses, NAWA's key applications for VACNT include its Ultra Fast Carbon Electrode which brings a quantum leap in the performance of any battery, to its next-gen ultracapacitors, NAWACap, which boast up to five times more power capability than conventional technology, and its NAWAStitch advanced reinforced composite innovation. For further information see the IDTechEx report on Carbon Nanotubes 2021-2031: Market, Technology, Players.
From a dedicated production line located at its Aix-en-Provence facility in southern France, NAWA's initial production ramp-up demonstrates that, for the very first time, VACNT can be grown simultaneously and homogeneously on both sides of a substrate at Atmospheric Pressure using a Chemical Vapour Deposition (APCVD) process, in a roll-to-roll manner.
The process has demonstrated the ability to grow up to over 200 micrometer long VACNT double-sided simultaneously on a 30 cm wide aluminum foil, and to selectively grow VACNT on the foil, essential for revolutionary electrodes designs and production efficiency. This development process is just the start of a scale-up in terms of foil width and roll-to-roll productivity.
A highly flexible and modular manufacturing system, its specific design makes it very compact compared to conventional coating equipment resulting in a footprint in a factory environment that is minimized, while the highly-efficient process means that the production cost of NAWA's VACNT material can achieve parity with that of a current electrode at future mass production levels.
Pascal Boulanger, Founder, Chairman of the board, CTO and COO of NAWA Technologies said: "We are delighted to announce that, today, a major milestone has been reached after only eight years, with the start of production of our Vertically Aligned Carbon Nanotube (VACNT) material. I would like to say thank you to our team, they are to be congratulated for achieving this fantastic goal and what a birthday cake made of 100 billion candles (VACNT) per cm2, as we pass our eighth birthday!"
Ulrik Grape, CEO, NAWA Technologies, said: "Based on the superb work carried out by our talented team and the support of our stakeholders, we have entered the first exciting industrialization phase and are on track to rapidly scale up with mass production set to begin in 2022. The potential for our VACNT innovation is massive in energy storage - from bringing about a quantum leap in the performance of electrodes in any battery system, to our next-gen ultracapacitors - and also in reinforced composites. What's more, we are bringing this unique material to market in an environmentally friendly manner too."
About NAWA Technologies
Headquartered in Aix-en-Provence, France with a second location in Dayton, Ohio in the US, NAWA Technologies is a world-leader in innovative energy storage and composites. Its range of game-changing products are all based on one patented technology: vertically aligned carbon nanotubes (VACNT). NAWA has applied the unique properties of VACNT to create high power and high energy ultracapacitors, one of the fastest electrodes for lithium batteries - and also reinforced carbon fiber composites. NAWA Technologies now enters its next exciting phase - mass manufacturing on both sides of the Atlantic - but with environmental benefits always at its core. NAWA's goal is to be a carbon neutral company. Already, its NAWACap batteries have been awarded 1000 efficient solution for the planet by Solar Impulse foundation.
Source: NAWA Technologies