Flexible Ultraviolet Sensors for Use in Wearables 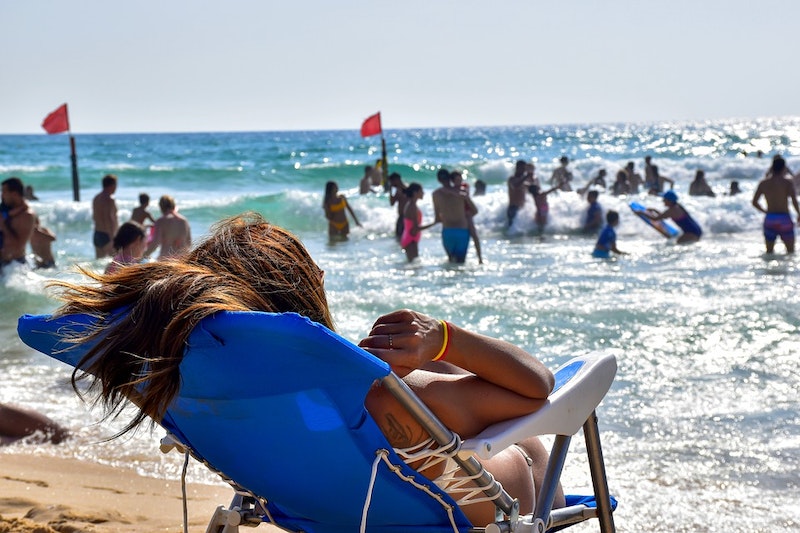 To enable the development of wearable devices that possess advanced ultraviolet (UV) detection functions, scientists from Nanyang Technological University, Singapore (NTU) have created a new type of light sensor that is both flexible and highly sensitive.
While invisible to the human eye, UV rays surround us in our environment, and excessive exposure can cause health issues including skin cancer and premature skin ageing. The intensity of UV rays is typically reported through an index during weather reports. A wearable device, such as a T-shirt or watch that monitors the actual personal UV exposure throughout the day, would be a useful and more accurate guide for people seeking to avoid sun damage. For further information see the IDTechEx report on Wearable Sensors 2021-2031.
In their study, which was featured on the front cover of the peer-reviewed journal ACS Nano, the NTU researchers reported that their flexible UV light sensors were 25 times more responsive, and 330 times more sensitive, than existing sensors, exceeding the performance level required for optoelectronic applications - or light-based electronics. UV light sensors, also known as photodetectors, are used in a wide range of systems, from smartphones to biomedical imaging. Over the past decades, gallium nitride (GaN) has gained prominence as the ideal material to fabricate UV light sensors, largely due to its superior properties in emitting, regulating, transmitting, and sensing light.
However, most GaN-based UV sensors today are built on rigid layers, limiting their use in flexible and wearable products. While researchers elsewhere have developed flexible GaN-based UV sensors, they have not attained the level of performance required for state-of-the-art use. Two of their biggest challenges are low responsivity and low sensitivity.
The NTU team overcame these constraints by creating their flexible UV light sensors on a semiconductor wafer 8 inches in diameter, using free-standing single-crystalline layers of GaN and aluminium gallium nitride (AlGaN), arranged using membranes that consist of two different thin semiconductor layers (heterostructure membranes). This type of semiconductor structure, which can be fabricated using existing industrial compatible methods, allows the material to be easily bent, making it ideal for use in flexible sensors. At the same time, the chemical composition of the material changes with depth, meaning that high performance is maintained even when it comes under strain.
In lab tests, the NTU flexible UV light sensors created using the novel combined AlGaN and GaN operated at exceedingly high levels of responsivity and sensitivity. Subjected to multiple bending and high temperature tests, they also maintained good performance.
Under a range of external strains (compressive, flat, and tensile), the sensors recorded a responsivity level of between 529 - 1340 Ampere/Watt (unit used to measure the ability of a device to transfer an optical signal to an electrical signal), which is about 100 times higher than existing UV sensors. This responsivity remained stable after 100 cycles of repetitive bending, demonstrating its potential to be integrated into wearables.

Lead researcher, NTU Assistant Professor Kim Munho from the School of Electronic and Electrical Engineering, said the high performance of the team's flexible UV light sensors proves that it would be feasible to manufacture large-scale lightweight and flexible electronics for use in future relevant light-based applications. The NTU team's achievement could lead to signiﬁcant advances in UV optoelectronic devices and circuits added Asst Prof Kim, as product engineers could now look forward to developing UV-enabled wearable systems.
"While the performance of the rigid form of GaN-based UV light sensors has been greatly improved with various structural innovations over the past years, a ﬂexible version remains in its infancy and their performance is far behind that of the rigid counterparts," said Asst Prof Kim. "Our high-performance flexible UV light sensors that we have created pave the way forward for a wide range of future wearable applications, such as in personal smart health monitoring, where people can accurately measure their UV exposure levels throughout the day to reduce their risk of skin cancer."
Skin cancer, one of the most common types of cancer globally, is primarily caused by overexposure to UV radiation from the sun. In regions such as Australia, which has the highest rate of skin cancer in the world, it is estimated that approximately 2 in 3 people will be diagnosed with skin cancer by the time they reach the age of 70, according to data compiled by the World Cancer Research Fund.
"Skin cancer can be prevented by protecting the skin from excessive sun exposure. In this context, a reliable wearable device that could track UV exposure may be a handy tool to help monitor one's recommended exposure, particularly for those who spend a lot of time outdoors," the research team says.
Highlighting the significance of the work done by the NTU research team, Associate Professor Zhao Hongping from the Department of Electrical and Computer Engineering at the Ohio State University, USA, who is not involved in the research, said, "This demonstration on a flexible platform opens vast opportunities not only in UV photodetectors but also other optoelectronic and electronic device applications."
The project to develop the flexible UV light sensors took the NTU team two years of design, fabrication, and testing. Moving forward, the researchers are looking to devise eye-type UV imagers and other applications using their innovation.
Source: Nanyang Technological University
Top image: Pixabay