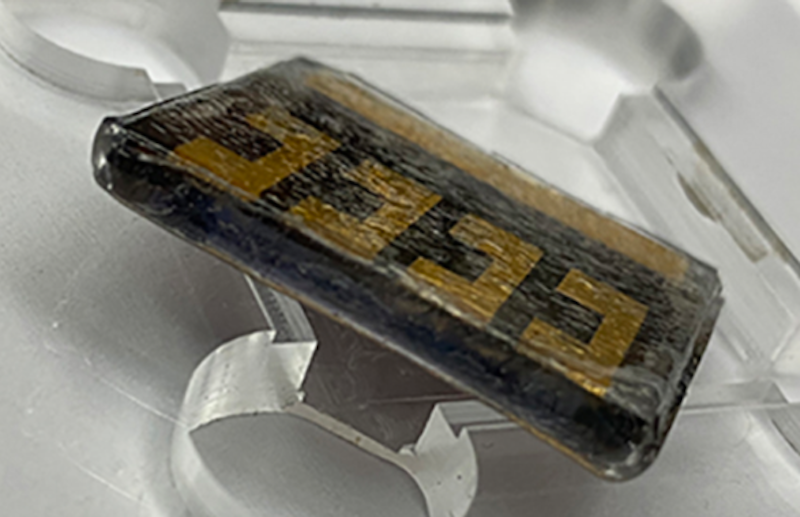 Researchers at Northern Illinois University and the US Department of Energy's (DOE) National Renewable Energy Laboratory (NREL) in Golden, Colorado, are reporting a potential breakthrough that could help speed commercialization of highly promising perovskite solar cells (PSCs) for use in solar panels. The scientists describe development of a cost-effective Scotch-tape-like film that can be applied to PSCs and capture 99.9% of leaked lead in the event of solar cell damage.
The industry-ready film would help alleviate health and safety concerns without compromising perovskite solar-cell performance or operation, according to the research team. Testing of the lead-absorbing film included submerging damaged cells in water. For further information see the IDTechEx report on Perovskite Photovoltaics 2018-2028.
"Our practical approach mitigates the potential lead-leakage to a level safer than the standard for drinking water," said NIU Chemistry Professor Tao Xu, who co-led the research with Kai Zhu of NREL's National Renewable Energy Laboratory. "We can easily apply our lead-absorbing materials to off-the-shelf films currently used to encapsulate silicon-based solar cells at the end of their production, so existing fabrication processes for PSCs would not be disrupted," Xu added. "At the end of PSC production, the films would be laminated to the solar cell."
An emerging class of solar cells, PSCs are considered rising stars in the field of solar energy because of their high-power conversion efficiency (exceeding 25.5%) and low manufacturing costs. But PSCs are not yet commercially available on a widescale basis because key challenges remain, including potential lead-toxicity issues.
Small amounts of water-soluble lead continue to be essential components to the light-absorbing layer of high efficiency PSCs, which must be able to withstand severe weather for commercial viability. Significant lead leakage from damaged cells would cause health and safety concerns. To counter those concerns, the transparent tapes use lead absorbents made with a standard solar ethylene vinyl acetate (EVA) film and a pre-laminated layer of lead-absorbing material. The tape can be attached to both sides of fabricated PSCs, as in the standard encapsulation process used in silicon-based solar cells.
Among the tests used to assess the durability of the new technology, the scientists exposed the film-encapsulated PSCs to outdoor, rooftop conditions for three months. Razor blades and hammers were used to then damage the solar cells before they were submerged in water for seven days. The lead-absorbing tapes exhibited a lead-sequestration efficiency of over 99.9%.
"Perovskite solar cells hold great hope for a more sustainable future," Xu said. "This work offers a convenient and industry-ready method to diminish the potential lead leakage from lead-containing PSCs, facilitating future commercialization of perovskite-based photovoltaic technology."
Source and top image: Northern Illinois University