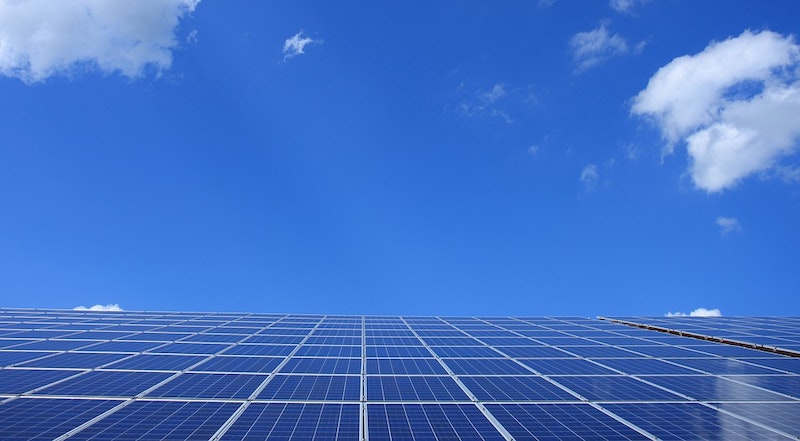 By 2050, the European Union (EU) aims to be climate neutral. In pursuit of this goal, the first half of 2020 saw renewables — including solar, hydro, wind and bioenergy — produce more electricity than fossil fuels in the EU. To continue this trajectory, more efficient renewable power generation will be necessary. Graphene and related materials (GRMs) are enabling a new generation of solar technologies, as Patrik Johansson, vice director of the Graphene Flagship explains.
Solar cells provide reliable, clean, and renewable means of generating energy. Mainstream solar cell technology as it stands for a couple of decades is based on silicon, mainly due to its relative abundance in the Earth's crust.
However, the silicon based solar cell technology is reaching the limit of its economic and practical efficiency. The laws of physics limit their maximum efficiency to ca. 32 per cent, and even reaching that level has so far proven either unachievable or not cost-effective. As a result, scientists have spent decades trying to come up with alternatives.

Perovskite solar cells (PSCs) are widely predicted to offer a solution, promising much better performance than their silicon counterparts. Progress in PSCs means that they are primed to become an affordable and flexible solar cell option for smart, low-intensity applications. This is because PSCs are less complex to produce, are made with cheaper materials and, due to their flexibility, can be used in locations where traditional silicon based solar cells cannot.
Although PSCs have shown excellent performance at lab-scale, their efficiency declines quickly as the module size increases. Their stability is also problematic. The longest lifetime reported is about one year, which is much shorter than the 25 years expected from commercialised technologies. This is where graphene comes in.

The Graphene Flagship is Europe's biggest collaborative research initiative. Funded by the European Commission, the Graphene Flagship has the aim of bringing graphene technologies out of labs and into society within ten years — including technologies to support and advance renewable energy generation. For further information see the IDTechEx report on Graphene Market & 2D Materials Assessment 2021-2031.
Since the Graphene Flagship's launch in 2013, the applications of GRMs in solar energy generation have been a strategic priority. In the current phase of the initiative, there are several projects and working groups doing research and innovation within the field of solar energy generation.
The Graphene Flagship spearhead project GRAPES aims to make cost-effective, stable graphene-enabled perovskite based solar panels. Alongside the Graphene Flagship, the industrial partners Greatcell Solar, BeDimensional and Siemens, introduce GRM based layered technologies to boost the performance and stability of PSCs to new record levels. The end goal is to use the graphene-enabled PSCs in functional panels, tested in the field.
As one example, the collaboration between research institutions and industrial partners has yielded a GRM based ink, which layered over PSCs made them drastically increase in stability. This was achieved by anchoring the GRM molybdenum disulphide (MoS2) to reduced graphene oxide. This allowed for both materials' properties to be applied and the ink not only increased the stability but also the performance of the PSC.
Due to their flexibility, PSCs can be applied to nearly any surface and produce electricity. Stable PSCs could therefore change the way we power our homes and devices, as every available surface could be made to generate electricity.

Another Graphene Flagship partner involved in GRAPES is ENEL Green Power SPA, Italy. This leading green energy company holds the world record power conversion efficiency (PCE) for a silicon heterojunction cell, 24.63 per cent, but believes graphene will help them beat that number.
By using GRMs as interlayers in tandem cells that combine PSCs and silicon cells, ENEL Green Power and Graphene Flagship partners have reached record stability and efficiency, demonstrating a PCE increase of 9 per cent for GRM-based perovskite-silicon tandem cells, as opposed to tandem cells without GRMs.
As well as taking advantage of the transparency and stability of graphene in the interlayers of the solar cell, a highly conductive graphene-based paste will be used in the back contact and metal front grid, replacing expensive and finite metals such as silver.
Taking tandem cells even further, Graphene Flagship researchers at the University of Rome Tor Vergata, the Instituto Italiano di Tecnologia (IIT) and its spin-off, Graphene Flagship Associate Member, BeDimensional, in cooperation with ENEA have successfully combined graphene with tandem perovskite-silicon solar cells to achieve efficiencies of up to 26.3%.
GRAPES will play an essential role in improving Europe's uptake of solar energy projects and meeting its environmental targets, particularly by improving the stability and efficiency of solar cell technology when deployed on a large scale.
For the EU to meet its goal of becoming climate neutral by 2050, advances in renewable energy generation must be made. Thankfully, innovations in photovoltaics, such as graphene-based perovskite-silicon tandem solar cells, offer great promise, bringing Europe closer to a brighter, more sustainable future.
For more information on GRMs for solar energy generation, go to www.graphene-flagship.eu