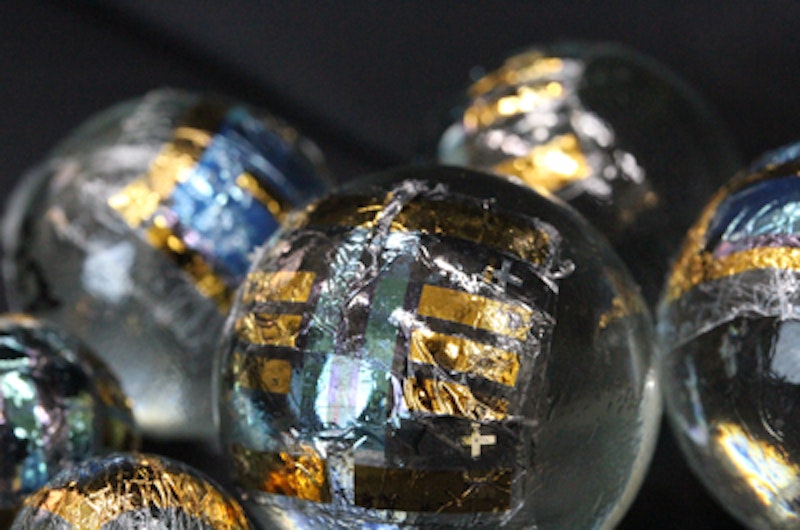 Heat-shrinkable technology developed by an all-RIKEN team could allow solar cells and touch sensors to be attached to objects whose shapes make them challenging to laminate.
Recent studies have indicated that curved solar-cell panels capture sunlight more efficiently than flat ones on cloudy days. One way to produce curved electronics is with rubber-like substrates, but solar cells on such substrates usually have much lower performance. In contrast, solar cells fabricated on flexible sheets have high efficiency, but can be difficult to attach to curved surfaces —a fact that anyone who has tried to gift wrap a soccer ball can attest to. For further information see the IDTechEx report on Energy Harvesting Microwatt to Gigawatt: Opportunities 2020-2040.
Researchers led by Takao Someya of the RIKEN Center for Emergent Matter Science realized that this problem could be overcome using heat-shrinking films, which are commonly used to encapsulate products such as over-the-counter medications. While most electronics are too rigid or fragile to be attached to shrink film, the team specializes in producing ultrathin devices with unique properties.
"When a material becomes thinner, it becomes more flexible—that's why we can crumple aluminum foil by hand, but can also use aluminum to make bicycles," explains postdoctoral researcher Steven Rich. "Although we use rigid materials such as metals and plastics, they are three times thinner than a grocery bag and can bend very sharply without breaking."
Rich and three RIKEN colleagues attached a non-stretchable but flexible polymer sheet to a shrink film, then used microscopy to observe the layered structure during various exposures to heat. These tests revealed that, as the device's area shrank by up to 70%, the ultrathin sheets relieved the strain of compression by forming tiny wrinkles and folds.
By controlling the size of these wrinkles and choosing materials capable of surviving both heat and severe wrinkling, the RIKEN team found they could shrink prefabricated organic photovoltaic modules onto round objects as well as ones with sharp angles and irregular curvatures, including plastic rocks and traditional Japanese Daruma dolls.
Although the researchers anticipated that shrinking might damage the photovoltaic components and reduce device performance, the opposite occurred. Experiments indicated that the photonic properties of the shrink-induced wrinkle structures improved light absorption, boosting power conversion efficiencies by up to 17% over planar devices.
The team also used shrink wrapping to laminate the handle of a teacup with an electronic touch sensor—a delicate feat that serves as an example of how this technology could be widely applied. "We could incorporate sensors along with displays, power-generation systems, and transistors to create interactive interfaces," Rich says.
Source and top image: RIKEN