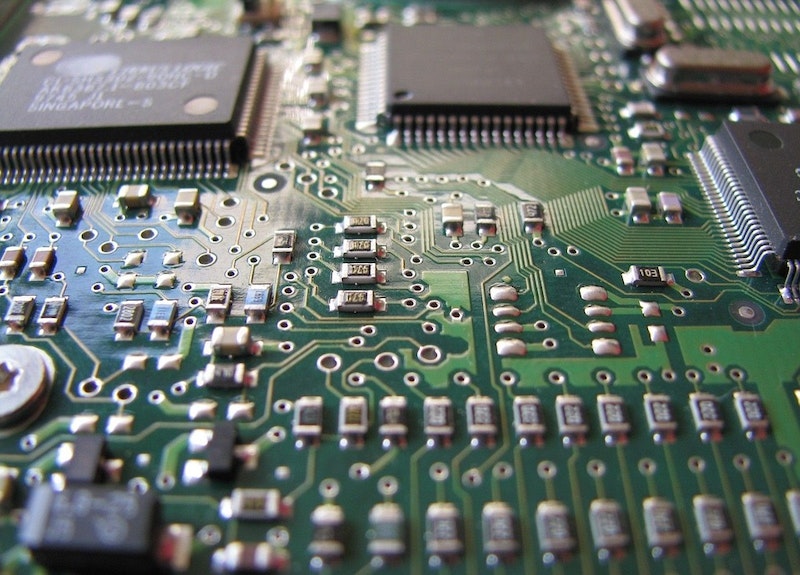 A technology to print perovskite-based devices - considered a challenge until now - has been proposed. A POSTECH research team led by Professor Yong-Young Noh and Ph.D. candidates Ao Liu and Huihui Zhu (Department of Chemical Engineering), in collaboration with Professor Myung-Gil Kim (School of Advanced Materials Science and Engineering) of Sungkyunkwan University, has improved the performance of a p-type semiconductor transistor using inorganic metal halide perovskite. One of the biggest advantages of the new technology is that it enables solution-processed perovskite transistors to be simply printed as semiconductor-like circuits.
Perovskite-based transistors control the current by combining p-type semiconductors that exhibit hole mobilities with n-type semiconductors. Compared to n-type semiconductors that have been actively studied so far, fabricating high-performance p-type semiconductors has been a challenge. Many researchers have tried to utilize perovskite in the p-type semiconductor for its excellent electrical conductivity, but its poor electrical performance and reproducibility have hindered commercialization. For further information see the IDTechEx report on Flexible, Printed and Organic Electronics 2020-2030: Forecasts, Technologies, Markets.
To overcome this issue, the researchers used the modified inorganic metal halide caesium tin triiodide (CsSnI3) to develop the p-type perovskite semiconductor and fabricated the high-performance transistor based on this. This transistor exhibits high hole mobility of 50cm2V-1s-1 and higher and the current ratio of more than 108, and recorded the highest performance among the perovskite semiconductor transistors that have been developed so far. By making the material into a solution, the researchers succeeded in simply printing the p-type semiconductor transistor as if printing a document. This method is not only convenient but also cost-effective, which can lead to the commercialization of perovskite devices in the future.
"The newly developed semiconductor material and transistor can be widely applicable as logic circuits in high-end displays and in wearable electronic devices, and also be used in stacked electronic circuits and optoelectronic devices by stacking them vertically with silicon semiconductors," explained Professor Yong-Young Noh on the significance of the study.
Source: Pohang University of Science and Technology (POSTECH)
Top image: Pixabay