Could Graphene by the Answer to the Semiconductor Shortage? 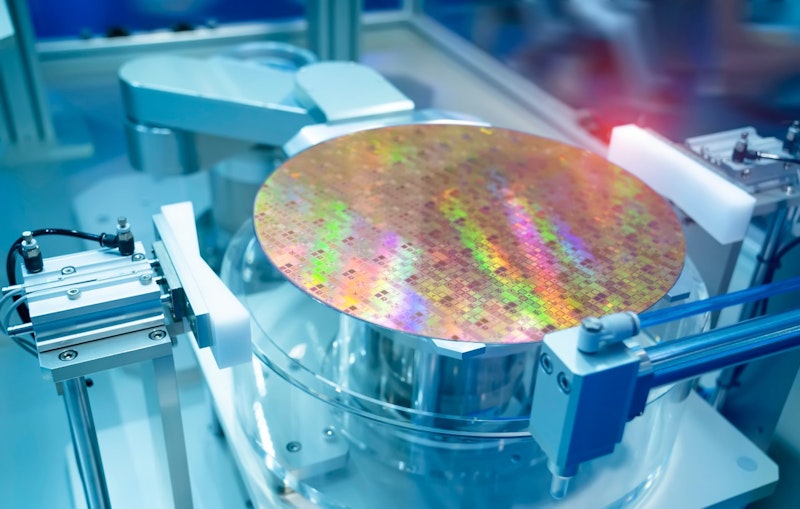 "Never take anything for granted," so the old saying goes. Unfortunately, this advice wasn't heeded for semiconductors, as a global shortage affects vital electronic appliances and social infrastructure that underpin our everyday lives. Here, Sanna Arpiainen, deputy division leader the Graphene Flagship's innovative 2D Experimental Pilot Line (2D-EPL) project, explains why 2D materials can offer a solution.
Semiconductors, which also date back to the 19th century, are used everywhere in electronic devices, from automobile systems and air conditioners to laser treatment in cutting-edge medical systems. The continuing global shortage in semiconductors impacts how high-tech products are made around the world — the automotive industry alone is expected to lose $210 billion in revenue, with major players like BMW, Volkswagen and Ford already reporting the effects. In fact, experts predict the shortage, which has simmered since late-2020, could last until the end of 2023. That is, unless there is an alternative.
Firstly though, what caused the semiconductor shortage in the first place? A report by The Motley Fool cites several factors. Before the COVID-19 pandemic, declining memory chip prices and sluggish demand caused major players like Samsung and Micron technology to reduce their output. Conversely, devices that connect to new technologies, like 5G and artificial intelligence (AI), need a growing number of chips, which the report describes as a 'super cycle' of chip upgrades that has disrupted shipments worldwide. Then the pandemic, along with harsh weather conditions, became the main disruptor of these shipments. Meanwhile, demand for new mobile devices, PCs, and data center upgrades surged with the rise of homeworking. For further information see the IDTechEx report on Graphene Market & 2D Materials Assessment 2021-2031.
Toshiya Hari, a research analyst at Goldman Sachs, summed it up more succinctly in an interview with The Guardian: "The shortage has been caused by a combination of better-than-expected demand and also a very bumpy recovery on the supply side." Hari added, "It does take a very long time for semiconductor companies to increase output. It takes time to purchase the tools."
Thankfully, there's another possible solution to the chip shortage based on a question few are asking: is the era of silicon coming to an end?

Is the future 2D?

Silicon has been used extensively as a semiconductor in an abundance of solid-state devices, from consumer electronics to automotive. Yet, increasingly, the material is being found to reach the limits of its performance against the increased speed, reduced latency and improved light detection demands of new Internet of Things (IoT), AI, robotics, self-driving cars and 5G and 6G phones. Could 2D-materials save the day? Experts believe that graphene, a carbon-based material of just a single layer of atoms, just might — with electrical, mechanical and thermal properties that go far beyond what can be done with silicon-based devices.
To leverage these possibilities, a new initiative has been set-up by the Graphene Flagship, Europe's largest ever scientific research initiative. The 2D Experimental Pilot line (2D-EPL) is the first graphene foundry to integrate graphene and layered materials into semiconductor platforms. Earlier this year, the European Commission (EC) announced a €20 million investment into the 2D-EPL project, an additional commitment beyond its €150 million investment in graphene research and development which includes 11 spearhead projects and production initiatives.
Featuring several Graphene Flagship core members, the 2D-EPL will pioneer the development of graphene-integrated wafers for new prototype electronics, photonic devices and sensors. It will also offer comprehensive prototyping services to companies, research centres and academics, so they can develop and test their innovative technologies based on 2D materials.
Put simply, the initiative's aim is to establish a European ecosystem that will integrate graphene, and other 2D materials, into the production of silicon electronic devices.

The 2D-EPL not only aims to see how graphene can enter mass semiconductor production in Europe. It will accelerate the manufacture of new prototypes for electronics, photonics and optoelectronics with integrated 2D materials. This is expected to bring benefits to local producers in Europe, through a more resilient and independent infrastructure, and it's predicted that European customers will benefit from cost-based pricing, with up to 20 per cent discounts in some cases. To this end, the 2D-EPL facility's production will focus particularly on the wafer scale integration of graphene, and potentially other 2D materials, which is vital for products to appear on the market.
This will involve producing a multipurpose graphene wafer (MPW) — or "planarization based generic platform" — that will eventually be mass-produced for a variety of applications and sectors relating to photonics, electronics and sensor modules. Measuring 200 millimetres in diameter, the MPW is made from polycrystalline chemical vapor deposition (CVD) graphene and combines existing technologies by several 2D-EDL partners. They are AMO, a nanotechnology specialist, the VTT Technical Research Centre of Finland, the Interuniversity Microelectronics Centre (imec), a research and development organisation for nanoelectronics and digital technologies and Graphenea, the leading manufacturer and supplier of graphene products. Separate project stages will be devoted to developing tools and materials to produce the MPW, the development of the platform itself and, finally, to achieve successful production runs of the new wafer technology.
These production runs will produce different versions of the MPW for different applications and sectors. So, AMO will oversee two runs, one producing a version featuring bottom-gated graphene sensors on silicon for use in biotechnology and gas applications, chemical or hall sensors and photodetectors. AMO, will develop a bottom and top-gated graphene version for electronics and sensors.
VTT will also oversee two production runs. One will develop bottom- and liquid-gated graphene sensors with passivation and channel-opening features for use in sensors and electronics. Another will explore graphene devices on silicon complementary metal-oxide-semiconductors (CMOS) for sensors and imagers. Finally, imec will develop transition metal dichalcogenide (TMDC) MPW devices for electronics.
AMO, imec and VTT will offer dedicated processing services for requests to customise MPW technology for different applications. There will also be future products from manufacturers including Aixtron of Germany, the large specialist in manufacturing metalorganic chemical vapour deposition equipment.

However, these efforts must result in successfully bringing the MPW technology to market. That's where the 2D-EDL's Industrial Advisory Board (IAB) plays a vital role. The IAB will advise on the project's technological direction towards the relevant applications, on how to integrate graphene-related materials (GRM) technology into manufacturing semiconductors,
The IAB includes key technology representatives from Europe, integrated device manufacturers, semiconductor foundries and small-medium enterprises (SMEs) in the graphene industry. It includes Nokia, the Finnish multinational telecommunications giant, ams AG, a designer and manufacturer of sensors and sensing solutions, and Infineon Technologies AG, a German semiconductor manufacturer. All are committed to realising the significant potential of graphene and are investing their expertise to advise and steer the 2D-EPL.
"Graphene photonics may change the paradigm," says Wolfgang Templ, manager of radio transceiver research at Nokia and member of the IAB. "Now is the time to see how graphene can enter mass production in Europe."
Combined, all of these processes will aim to bring electronics and photonics-related technologies based on 2D materials closer to the market and do so by addressing the key engineering challenges. "We often take for granted the very things that most deserve our gratitude," said the American novelist Cynthia Ozick. Graphene just might win our gratitude as a solution to the global semiconductor shortage.
Source and top image: Stone Junction